Before agreeing to divorce LSU's Ed Orgeron, Kelly Orgeron nearly died after complications from back surgery but overcame it. The backbone behind Alabama's Nick Saban, Miss Terry Saban, once made him run for an unsportsmanlike penalty tirade. Megan Mullen, the wife of Florida's Dan Mullen, is the team's mother and TikTok star. Georgia's Mary Beth Smart is the glue that keeps Kirby Smart's family (and life) together.

You get the idea. Every SEC coach has his rock.

Auburn Tigers head coach Gus Malzahn has his own support system at home in his wife. Kristi Malzahn is the unofficial team mother to Auburn players in The Plains. She's never been afraid to speak her mind, and while she's taken heat for that before, she's regarded as a leader and caregiver in the Auburn football landscape. 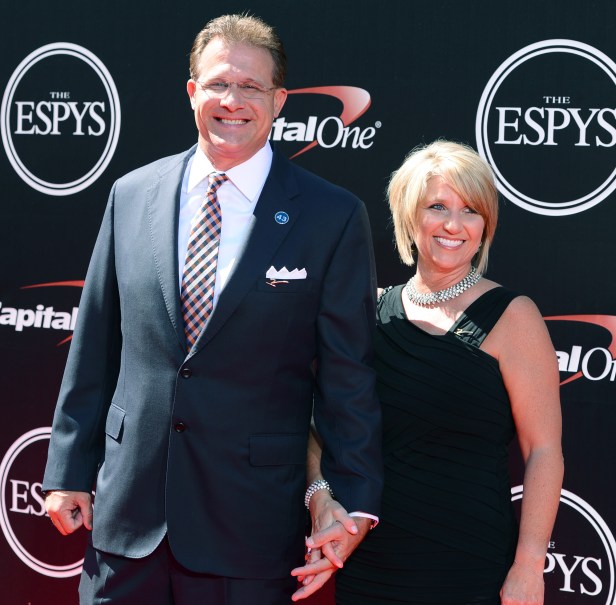 Kristi Malzahn is the First Lady of Auburn Football, which makes her a pretty big deal.

She and Gus met at Hughes High School in Hughes, Arkansas, according to 247Sports. She told Eagle Eye TV's Lindsey McAlister in an interview that the two met while each other's best friends were dating in high school. They didn't begin dating until he came back from college when he asked her out.

The Malzahns can boast a marriage of more than 30 years. Part of that is because they are always there for each other. While she can't help him coach on the sidelines, she's right by his side pretty much everywhere else.

Kristi is up as early as 7 a.m. on game day. She spends pretty much the entire day at Jordan-Hare Stadium, meeting and greeting players, coaches and everyone in-between. The two come together at the end of each victory by heading to Waffle House, a tradition they started when he was a high school coach in the early 2000s. They even celebrated the 2017 Iron Bowl win at the diner.

Kristi was also right by Gus' side when his father fought for his life in 2011.

"I mean, literally, between his dad being sick and recruiting, you get home and you're, I mean, we got on the plane and went to see his dad," Kristi told 247Sports. "And then he immediately was recruiting right after, so there's no time to ever stop. The college football game doesn't give you time to just breathe it in.

Still, Kristi has found time to make her own headlines.

Auburn fans may remember the viral video of her airing out all of her dirty laundry from when her husband was an assistant coach. The video may have played a part in then-offensive coordinator Gus Malzahn (who was Auburn's OC from 2009-11) trouble finding a top NCAA head coaching job afterward. He landed at Arkansas State in the Sun Belt Conference.

Per Deadspin and Bleacher Report, Kristi said some very bizarre and insulting things at a church in Springdale, Arkansas, in 2011. Among them include calling Auburn fans "freaking nuts" and making fun of longtime college football coach Lou Holtz's lisp.

"We got to go to Lou's house. Gus was way impressed. I kept saying, 'He has a lisp or something. There's something going on with his mouth. I can't really understand what he's saying.' And Gus, was like, 'Shut up!'"

Kristi continued by trashing running back Michael Dyer, calling him a "great kid" with "a little bit of an attitude." The real icing on this self-destructive cake was when she commented on college football players as a whole. It wasn't a great look for recruiting purposes.

"If you've worked with 18- to 22-year-old individuals, most of the time they're not the most intelligent people that are out there anyway," she said. "We're the nuts because we're willing to base our whole entire lives on what they decide to do for the day."

A "Motherly Figure" To Auburn Players 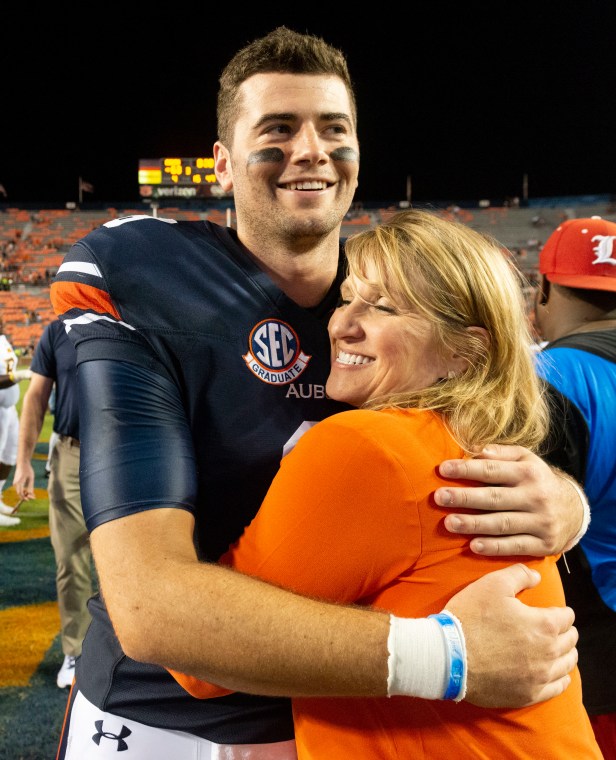 That was nearly 10 years ago. Gus was hired to be the team's head coach in 2013 and took the Tigers to the BCS National Championship game in his first season.

Kristi, known as "Miss Kristi" to the football team, clearly cares a lot about Auburn now. Current and past players that went on to the NFL will all tell you that.

"Miss Kristi is a big motherly figure to a lot of people on the team," linebacker Deshaun Davis told AuburnTigers.com in 2018. "I think it's big for us because with us being away from home, we don't actually have our mother there. Whenever she sees us, she always gives us a big hug, asks us how we're doing with our grades -- the regular thing that your biological mother would ask."

Kristi's had an effect on more than just the football program. When Auburn controversially brought Bruce Pearl in to coach its men's basketball team, she was supportive from the get-go.

"She was a believer in me and (my wife) Brandy (Pearl) when we first got here," Bruce Pearl told 247Sports. "People don't realize it, but we were going through some tough times early when I first got here. But she and Gus were always there."

Gus and Kristi have two daughters, Kylie and Kenzie. Kylie has two small children, which makes the Malzahns grandparents. Unsurprisingly, they're big Auburn fans as well.

It's clear Kristi loves her two daughters dearly. In that viral video, however, she described that parenting them was a "challenge a minute." She also celebrated the day they moved out of her house. The Malzahns also have a litter of dogs -- four to be exact. According to 247Sports, that includes a German Shepherd they rescued in 2019.