Brenden Aaronson wasn't even born when soccer finally started to gain traction in the U.S. in the 1990s. Neither, for that matter, was Tyler Adams. Both are in their early 20s now; they represent the new generation of players for the U.S. Men's National Team, and their journeys show just how far the sport has come in the United States.

Standing on the Shoulders of Those Who Came Before 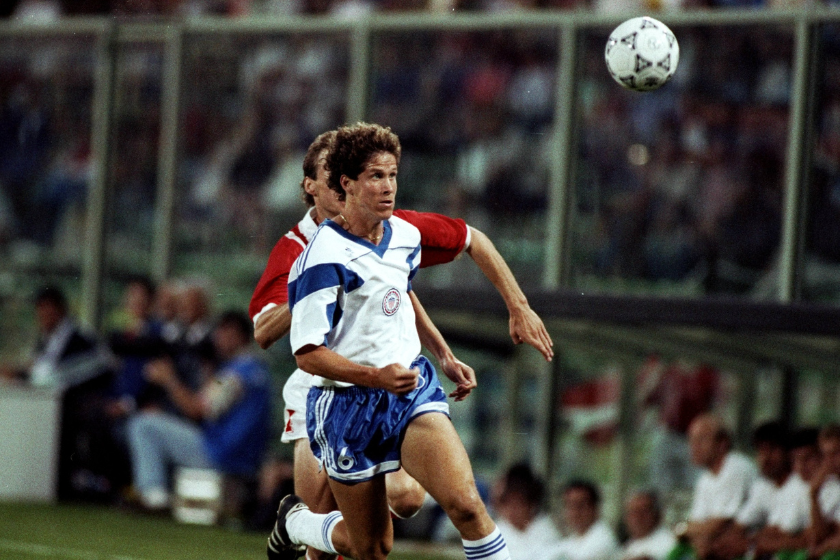 I mention the 1990s because that decade proved to be pivotal when it comes to soccer in the United States. The 1990 World Cup, which took place in Italy, was the first time the U.S. Men's National Team qualified for the tournament since 1950 when they finished at the bottom of their group in Brazil. The country didn't have a professional soccer league from which to draw players at the time. The North American Soccer League had been around since 1968 but closed up shop in 1984 due to dwindling attendance. The players who were ultimately selected for the USMNT were a mix of college players, semi-pro and indoor players facing a daunting task. They would end up in a group with the host nation Italy, as well as Czechoslovakia and Austria. The team would fail to get beyond the group stage, losing all three of their matches. Their most notable accomplishment was holding Italy to only one goal and proving to be tougher competition than many had expected.

One big critique that has always come up when discussing soccer in the U.S. has been the lack of top-tier overseas experience that would enable our players to develop. After all, soccer is "the most beautiful game" all around the world. In the United States, it was still seen as the little brother by most -- behind baseball, basketball, and, of course, American football. In fact, only four players from the 1990 squad had any kind of experience playing outside the United States. After the tournament, that number grew to a dozen.

Perhaps the biggest paradigm shift for the sport in the US 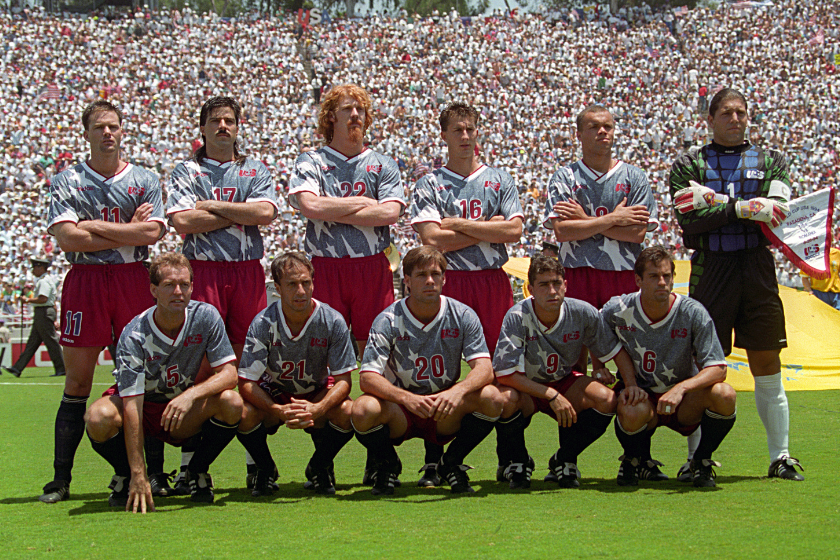 It was announced that the USA would be the host nation for the 1994 FIFA World Cup. Part of the winning bid for the tournament involved the creation of a professional league. Major League Soccer was founded in 1993, and games began taking place in 1996. It was the 1994 USMNT that really sent soccer's popularity into hyperdrive. Playing on home soil across the country, the squad managed to qualify for the Round of 16 by finishing as one of the best third-place teams.

The field was comprised of only 24 teams at the time, meaning the top two finishers in each group and the top four third-place teams would advance. While they would ultimately bow out after losing to eventual Champions Brazil, a generation of American heroes was born. Guys like Tony Meola, Alexi Lalas, John Harkes, Tab Ramos, Eric Wynalda, Cobi Jones, and Claudio Reyna suddenly served as inspiration for generations of youth soccer players around the United States.

A new crop of stars built on their legacy in the following years. The rise of MLS and the solid showing of the USMNT in 1994 was followed by a steady building of the foundations for what we're witnessing in Qatar. Through the rest of the 1990s and early 2000s, players continued to gain opportunities domestically and abroad. Major League Soccer instantly provided Americans with a professional pool of players from which to draw for National Team roster spots.

Top domestic leagues around the globe were seeing more and more Americans joining their clubs. Clint Dempsey would play for Fulham and Tottenham Hotspur in the Premier League in England. Landon Donovan spent some time with Bayer Leverkusen in the German Bundesliga. Tim Howard, one of the best goalkeepers ever to wear the USA jersey, featured for Manchester United and Everton during his career. Some of the players in the 2022 FIFA World Cup in Qatar (Tim Weah, Gio Reyna) are kids of former players. Among those looking to follow in the footsteps of USMNT stars that have come before them: are Brenden Aaronson and Tyler Adams. 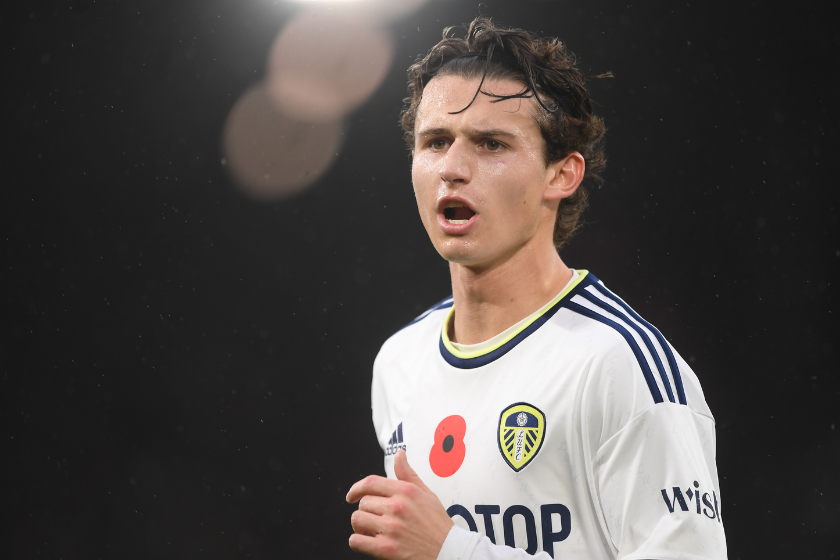 The current roster for head coach Gregg Berhalter is comprised of players who feature for clubs all around the world. They're also among the youngest teams competing in Qatar. They've had the chance to develop as a core group of young players, and that cohesion is showing results. Perhaps nobody embodies that dynamic better than Tyler Adams and Brenden Aaronson, teammates with Leeds United in the English Premier League.

Both Aaronson and Adams eventually found their professional careers taking them to Europe. After playing with the Philadelphia Union in MLS, Aaronson would move to Austrian-side Red Bull Salzburg in 2021. Adams jumped from the New York Red Bulls to RB Leipzig in 2019. While playing for their respective teams, both players would end up working with Jesse Marsch, who was named the manager at Leeds United in Feb. 2022, taking over for Marcelo Bielsa. Bielsa took the reins at Leeds in 2018 when the club was in the Championship, and in only a few years, he earned a promotion to the Premier League. It marked the return of Premier League play to Elland Road for the first time since the 2003-04 season. His squad was known for a frenetic, open style of play that took the league by storm. In their first season, they finished 9th, but subsequent struggles and a relegation battle ultimately led the team to replace him. Marsch managed to keep the team in the top tier heading into the current season. Two of his biggest transfers were bringing in Brenden Aaronson and Tyler Adams to help anchor his squad.

Aaronson is a workhorse of an attacking midfielder whose tireless energy and quality on the ball have drawn comparisons to Lionel Messi. He fully embodies the style of play that Bielsa established at the club and that manager Jesse Marsch has continued to build upon. Yet another player that Marsch had come to know was Tyler Adams, who has been a stalwart in the midfield for the club. Together, they've formed a solid core for the Premier League side. Their partnership on the pitch at Elland Road has translated to the USMNT as well.

Paving A New Road Ahead For the USMNT 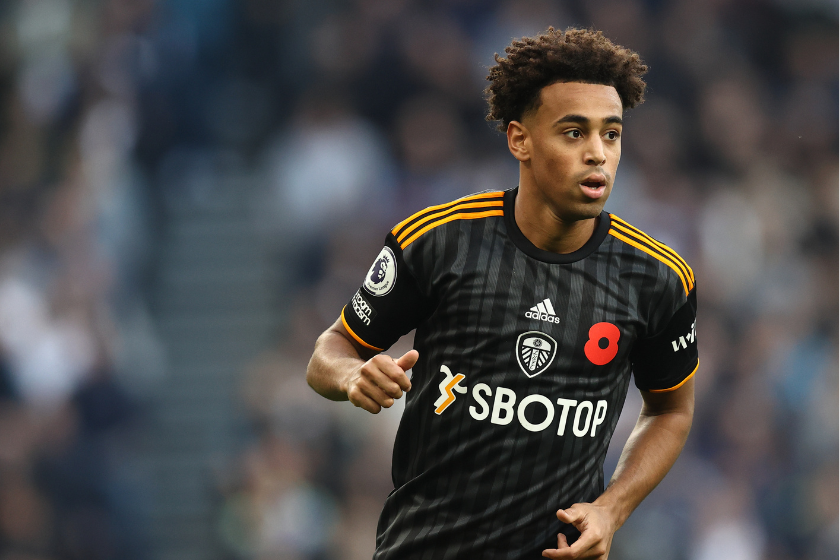 Adams has proven to be such an impactful figure in the locker room that he was named captain of the squad in Qatar. By virtue of his position, Aaronson isn't necessarily a regular starter, but his contributions have been invaluable to this side.

They, along with the likes of Christian Pulisic of Chelsea, Antonee Robinson of Fulham, Gio Reyna of Borrusia Dortmund, Timothy Weah of Lille, Weston McKennie of Juventus, and countless other youngsters throughout the squad, will look to defeat Iran in their final match of the group stage today. If they win, they will advance to the knockout round -- after pulling off draws with back-to-back stellar first-half displays against Gareth Bale's Wales and Harry Kane's England. The experience these youngsters have gained through the qualifying rounds and with their respective clubs around the globe will prove valuable in the near and long-term future for U.S. Soccer.

MORE: Christian Pulisic is Trying to Exorcise his Injury Demons in Qatar