The FIFA World Cup 2022 in Qatar has begun, which means the United States of America are finally playing soccer on the global stage after failing to qualify in 2018. The most questions about this time have arisen from this defense. Can a self-proclaimed Jedi, former Dutch youth national, and the elder statesman from Fulham help this USMNT reach beyond the Round of 16? Only time will tell, as the US takes the field in Qatar and takes the world stage by storm. Bu who are theses US defenders? Let's take a look. 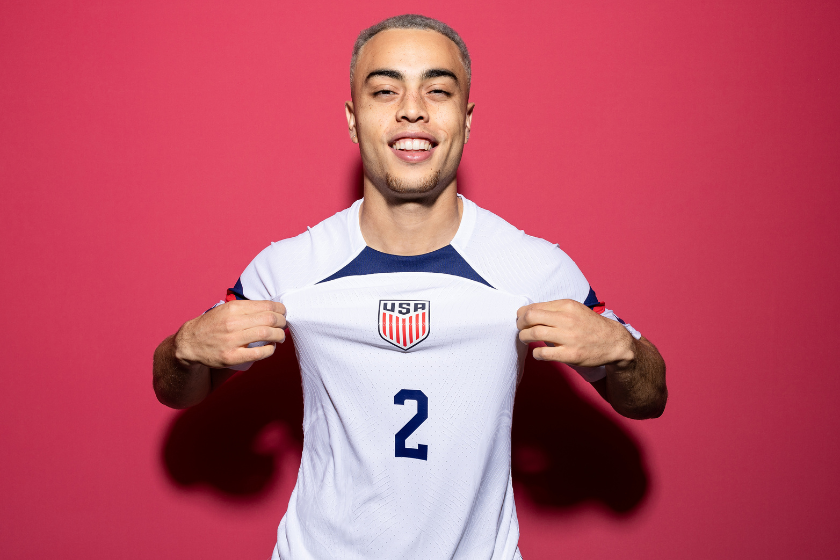 Sergiño Dest is America's Brazilian by way of the Netherlands. While born and raised in the Netherlands, Dest has American citizenship through his father and chose to play for the USMNT in no small part due to his playing style not entirely meshing with the Dutch way of playing football. While they are all about simple tactics and one touch passing, Dest grew up idolizing Brazilians like Ronaldinho. Very skillful on the ball, Dest would be just as at home in a forward winger role as he is at his native Right Back.

Dest however is entering Qatar facing some troubles in his club career. Having been loaned to AC Milan after falling out of favor at Barcelona, Dest has struggled to find minutes on the pitch, both through injury and form, having only played four Champions League matches and four Serie A matches. Barcelona has already stated they have no intentions of having Dest back at the end of his loan, and it seems unlikely Milan will elect to pick up the option to buy him at season's end. While he is still a very dangerous player for the US, especially going forward, it remains to be seen how many minutes Gregg Berhalter will be giving to the young right back. 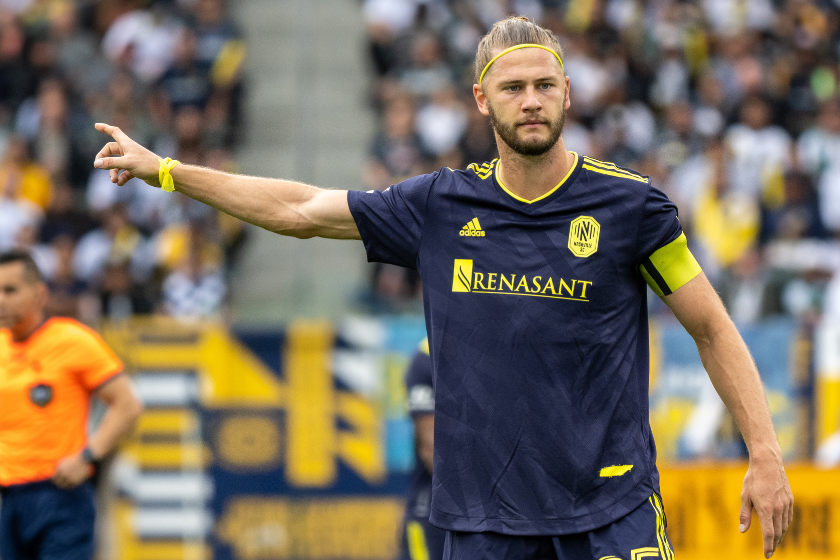 There are some questions about how Gregg Berhalther's lineups will look at the back, but one thing seems like a certainty: if healthy, Walker Zimmerman will start at center back. One of the true leaders on the squad, Zimmerman has Captained the USMNT 6 times over his 33 caps. Named to the MLS Best XI for the 4th consecutive season this year, Zimmerman was the anchor for a Nashville defense that conceded the 4th fewest goals this season as well as the fewest road goals. But on top of his defensive prowess, Zimmerman is known for being a good guy. There have been reports of his many charitable deeds, and he was a part of getting the recent collective bargaining agreement that saw the US Women's National Team negotiate for equal pay. His defense will be invaluable to this World Cup roster, but his leadership may be even more important. 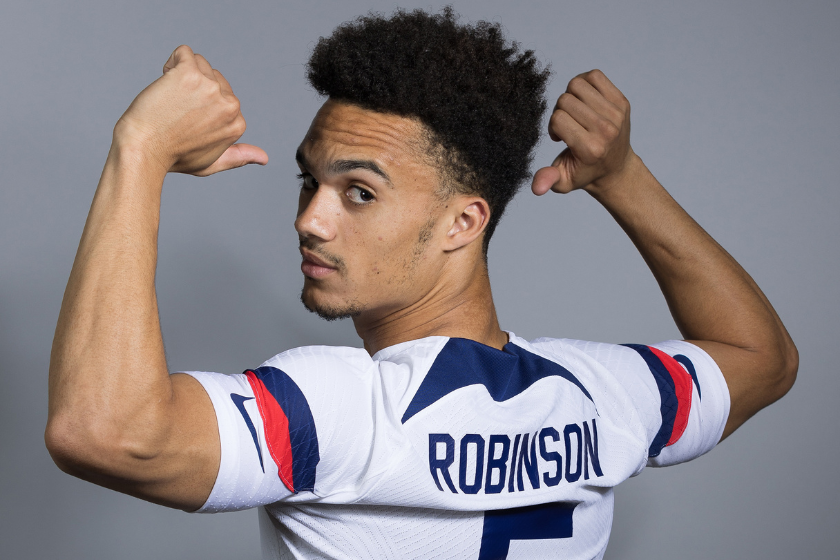 Let's get this out of the way first, Antonee Robinson introduces himself as "Jedi Robinson" and apparently has been since the age of 5. The England born defender chose to play for the United States over his birthplace because he felt he was being overlooked by the Three Lions. That's great motivation for any player, even if it is understandable due to that country's insane depth at full back.

Robinson plays for London based Premier League side Fulham. Much like Sergino Dest on the right, Robinson likes to push forward from his left-back position. He scored 3 goals last season for Fulham in the Championship and has scored a goal for the USMNT in each of the last two years. Antonee might be more known for his nickname and his backflip celebrations than his defense, but the young fullback has energy for days which will be a great help in the heat of the desert. 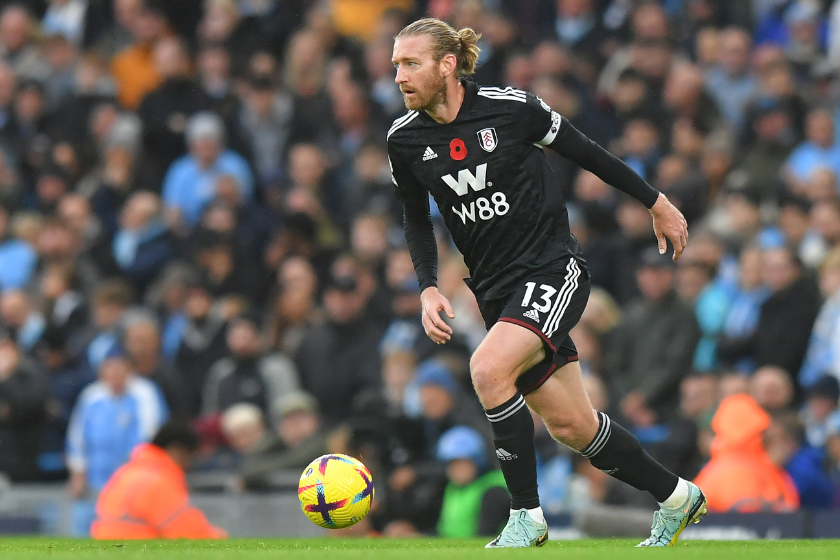 Tim Ream had seemingly fallen out of favor in the USMNT. Before his inclusion in the 26 man World Cup roster, Ream had not been called up to the National team in over a year. It appeared the 35 year old's international career had come to an end. But for anyone who has watched Fulham play in the Premier League this season, it's not all too surprising to see Ream get a chance in the World Cup. Fulham is currently sitting in the top half of the Premier League table in their first season back up in England's top flight. A large part of their success is down to their captain, Tim Ream.

When asked about Ream's being named to the roster, Berhalter said "Have you watched any Fulham games lately? Then you know why we want him in." It's hard to argue with him, and as scary a thought as it is for long time watchers of the USMNT, Ream might be the best option to pair with Zimmerman at centerback. His recent form certainly gives him that right. 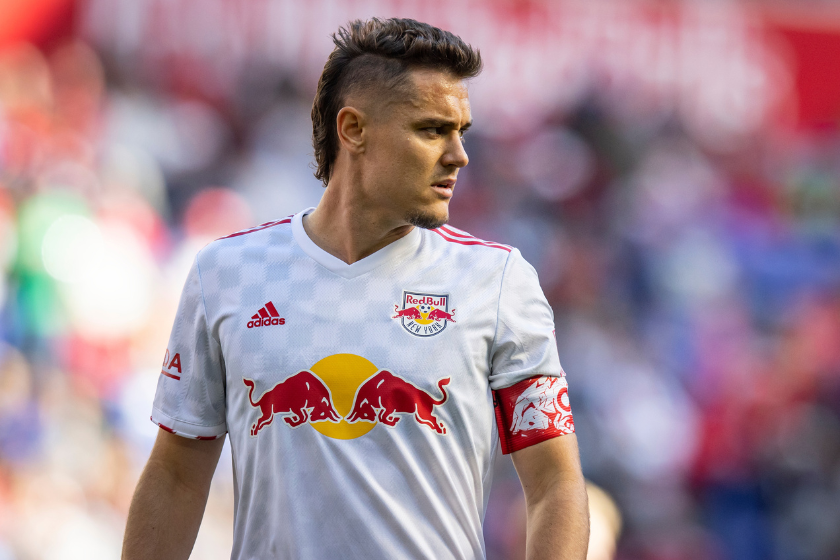 New York Red Bulls captain Aaron Long was one of the finalists for MLS's Comeback Player of the Year Award in 2022. When Red Bulls won the MLS Support's Shield in 2018, Long was named the MLS Defender of the Year. But after Achilles injury in 2021, it was uncertain what the 30 year old center back would look like in the final year of his Red Bulls contract. Well, he played well enough that multiple Premier League teams will be following his World Cup closely as a possible January transfer. Another strong leadership candidate, Long will hope to see plenty of playing time at center back to help his case as he finds a new club home. What better way to do that than by having great performances in the World Cup? 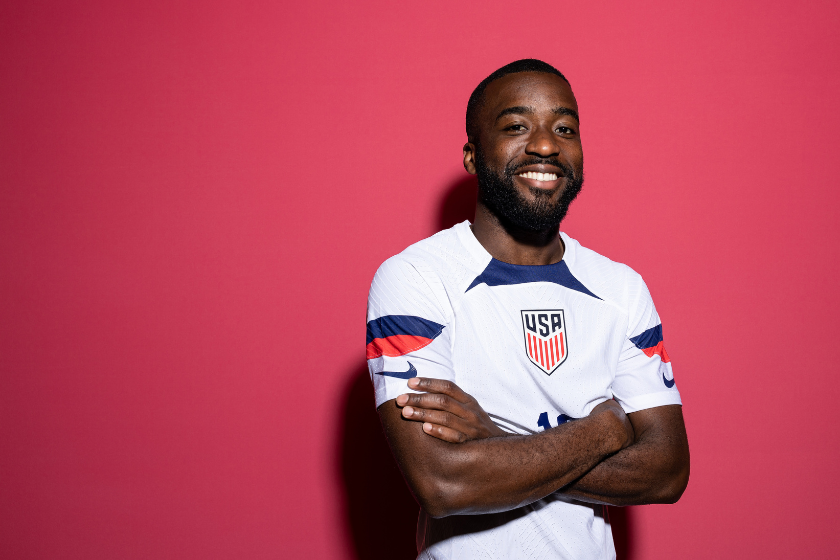 Shaq Moore transferred to MLS side Nashville SC during the 2022 summer transfer window, which is rather late in the MLS season. But once acquired by Nashville, Moore started every game that Walker Zimmerman started, lining up to his right at right back. This might end up being notable as the two have been building quite the connection in helping to shut down the right side of Nashville's defense. On the international side of things, Moore is responsible for the fastest goal in USMNT, scoring the only goal of the 2021 CONCACAF Gold Cup match between the United States and Canada 20 seconds into the match. While the USMNT will not be looking for their right backs to be providing their offense, Moore proved himself an apt defender and a threat going forward in that Gold Cup winning side. While is seems unlikely that Berhalter will be starting Moore ahead of some of the other right back options, his pace and strength will be a great boon off the bench. 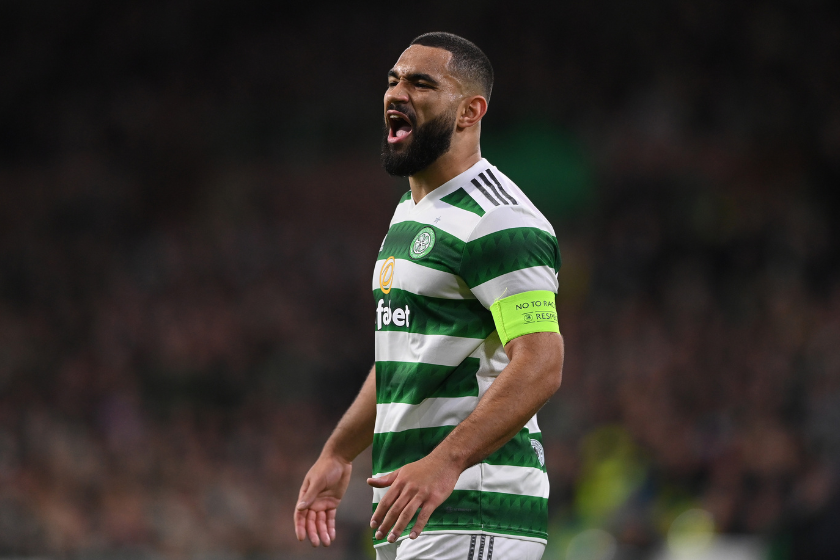 Possibly the least well known name amongst the USMNT defenders for American fans, Cameron Carter-Vickers has certainly been making a name for himself this season in Scotland. Playing for Scottish Premiership legendary club Celtic, CCV is in top form and wearing the captain's armband for the team atop the table in Scotland. The 24 year old centerback was born in England to a French father and Greek mother, which as the "Ted Lasso" billboard says "If that's not the most American thing I've ever heard then I don't know what is." Much like Tim Ream, Carter-Vickers has turned club success and great form into a World Cup call up, and will be another player firing on all cylinders as a possible option at centerback. 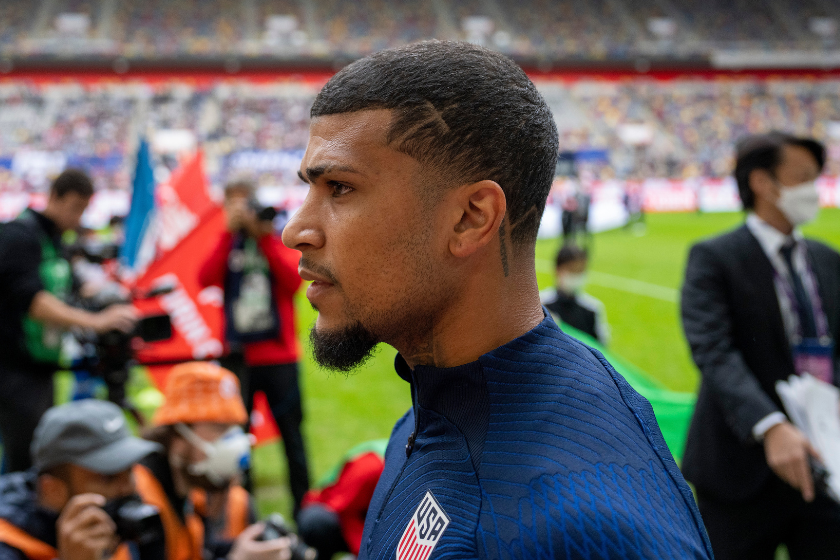 DeAndre Yedlin is the most capped member of this World Cup roster. He's also the only player selected with previous World Cup experience, having been a member of the 2014 team. Currently playing with MLS club Inter Miami CF, the veteran right back has spent more of the last decade playing for top flight European clubs before returning to the MLS this year. It seems likely based on recent form, as Yedlin's call-up has more to do with his having been on this stage before than it is about him being a starter, but Berhalter has also been playing DeAndre frequently in the buildup to Qatar. Veteran experience is usually invaluable in elimination tournaments, and the World Cup is the biggest elimination tournament in existence. It also helps that Yedlin is no longer the hothead he once was, as part of his issues in the past revolved around his ability to stay out of card trouble. With that behind him and a veteran role, Yedlin's presence on this squad will be a most welcome inclusion. 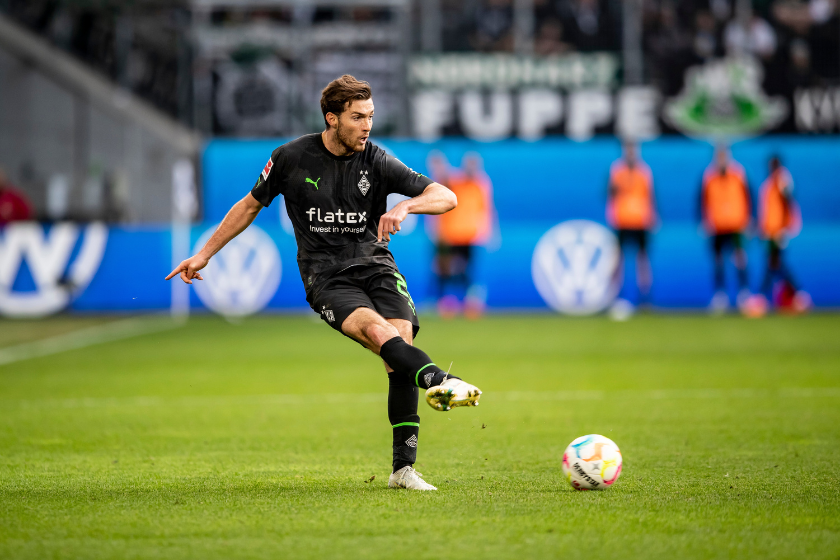 Along with Haji Wright, Joe Scally represents the most surprising inclusion to the USMNT World Cup roster. But while it's true the 19-year old has only 3 National Team caps to his name thus far, the young right back has certainly earned his place on the 26-man squad. If Gio Reyna has been following in Christian Pulisic's shoes, then Scally has been following in Reyna's. Originally signing to NYCFC's youth squad, Scally was the second youngest player in MLS history to sign a Homegrown Player contract behind Freddy Adu. And as he made his way thru the NYCFC youth ranks, NYCFC Sporting Director Claudio Reyna said Scally wasn't just one of the best young right-backs in the country, but in the world. All of this eventually led to a move to the Bundesliga with Borussia Mönchengladbach, where he made 30 appearances, 20 of them starts, for the German club, including a Matchday 1 start against powerhouse Bayern Munich. There have been more than a few comparisons written about the young defender comparing him to England's Trent Alexander-Arnold, and there is current transfer speculation about a possible move to London club Tottenham Hotspur. While Scally will most likely be a reserve defender in Qatar, he has all the skills and talent necessary to challenge for a starting spot on the roster.