Wrexham AFC is a Welsh football club. They currently play in the fifth tier of Football in England, the National League. It's rare for perennial lower league clubs to be famous, barring the occasional FA Cup run.

The FA Cup is a tournament comprised of all eligible clubs in England in the top nine tiers. This is essentially a tournament that is comprised by hundreds of clubs. So it's definitely a rarity if someone makes themselves known. Added to that is most of the Football Association is comprised of English teams, whereas Wrexham is a town in Wales.

But Wrexham has now been put on the map in a big, big way.

Is it Written in the Stars? 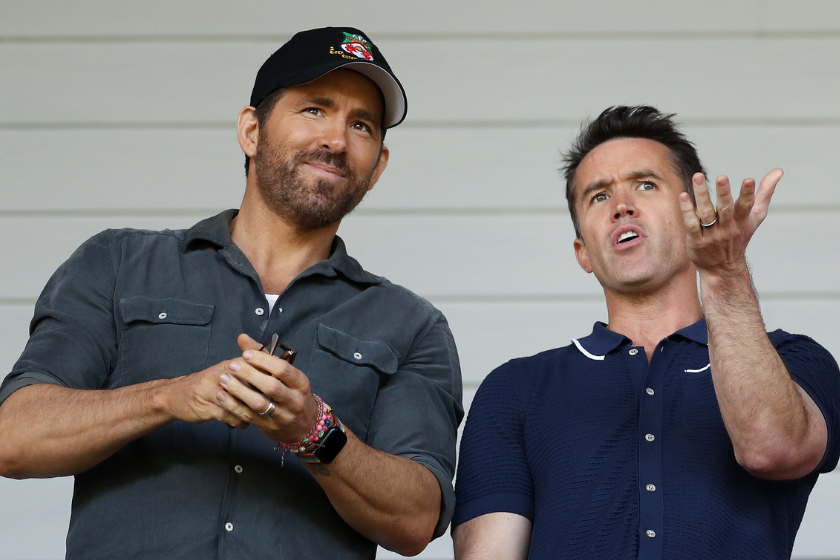 Needless to say, this all made the purchase of the club by two famous actors a real head-scratcher. Ryan Reynolds ("Deadpool," "The Adam Project") and Rob Mcelhenney ("It's Always Sunny in Philadelphia," "Mythic Quest") seemed like an unlikely ownership team. And the actors surely wouldn't be able to be active enough ownership to take the necessary steps to help grow the club and connect with the community.

It really seemed like a narcissistic play from a couple of Hollywood stars who thought it would be "fun" to own the third oldest professional football club in the world (Wrexham AFC was founded in 1864). Not the likes of clubs with the intense needs of Barcelona, Manchester United or Paris Saint Germain or even a lower table Premier League club. Instead, a small, lower league club that they could buy and forget about.

And yet, the co-chairmen traveled to North Wales and have found a way to connect with Wrexham fans. Nothing is perfect, but they've come in with a plan, and they are doing their best to instill an excitement within and surrounding the club. An excitement that saw them nearly find promotion to League Two, England's fourth tier, last season. That would have seen them at their highest level of football in 20 years.

The excitement is palpable, and Reynolds and McElhenney are really ushering an interest in what they're doing here in the States. And that's an impressive feat, given that many in the United States look the other way when it comes to football...erm...soccer. But, it's a men's World Cup year, the U.S. teams are looking good enough, so I suppose now is as good a time as any. Not to mention the way Ted Lasso has been sweeping the nation. 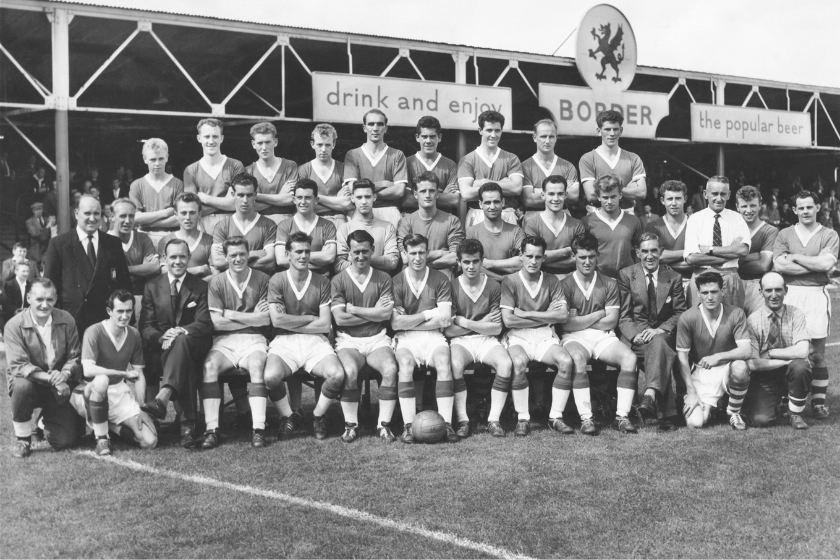 So how are they doing it? A docuseries on Hulu of course. "Welcome to Wrexham" premiered on August 24 and will last for 10 episodes, culminating on September 28. It follows Wrexham's battle in the National League while its famous owners "try to very quickly learn the ins and outs of a game and an industry they know nothing about". British actor Humphrey Ker is also on board as the club's executive director.

Many probably thought this was all fiction. It would be for show, some Disney-esque fairytale with two North American white men in their mid-40s swooping in as the savior. But that's simply not the case here. As the first couple of episodes have shown, Ryan Reynolds and Rob McElhenney are looking to really make their mark. As Reynolds says, "it's about interconnectivity between the club and the community." 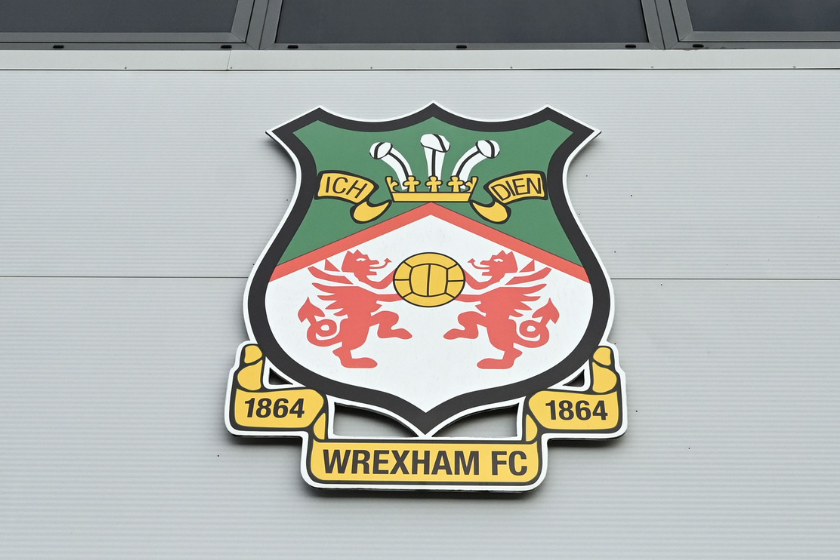 The best way I can explain it is college sports - particularly in communities without professional sports. Those communities wrap themselves around those schools. Think about the draw of Ohio State football or Syracuse basketball. It's magnetic. And that's what these communities, basically everywhere in the world, have with their clubs. It's a forever connection that Welcome to Wrexham is putting on display.

We're more than a year and a half on from the Hollywood takeover, and early returns are good. While they weren't able to secure promotion, the entirety Wrexham community seems to be behind them. While an early clip of their first visit showed the pair talking about how this could go very poorly and they could look like villains, the story seems to be much more positive.

In addition to their new ownership elevating the club's status, so is their shirt sponsor. In the summer of 2021, Wrexham AFC partnered with TikTok. The social media platform is familiar to many, particularly fans who would be classified as Gen Z. It almost feels as though everywhere you look, Wrexham is getting noticed.

A Club on a Meteoric Rise 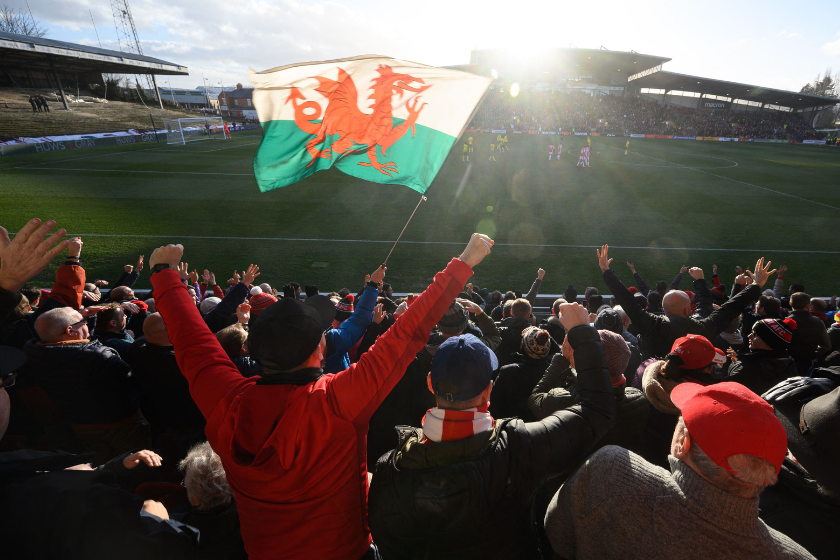 I can't stress enough how odd this really is for anyone outside that community. I pride myself on being a knowledgeable fan, but I couldn't have told you who Wrexham was before this takeover. I couldn't have told you that Phil Parkinson is their coach and that Paul Mullin is finding ways to put the ball in the back of the net. They were even the first National League side to be featured in EA's FIFA franchise, getting into FIFA 22.

Moving on from the community and onto the ground, it's clear that the changes don't stop at the local pubs. They're in the stands of Racecourse Ground. Despite its relatively small size, with around 10,000 seats, the stadium is impressive. The hope is they can look to add another 5,500 seats in the next couple years. The Kop development in the stands feels like a big step in the right direction. And all of this can hopefully spur on the players to repay the love and support of the community by reaching new heights and finding their way to promotion.

How Are They Faring?

And so far this season, they look like they have the energy to be able to do so. Over four matches they've taken seven points - two wins, one draw and one loss - good enough for fifth in the table. Most recently, they put up five goals and a clean sheet against Maidstone United. It's that sort of performance and consistency that will give Wrexham the opportunity to finally get back into the English Football League.

It'll take standing up to Maidenhead away, putting one over on Chesterfield at home, and doing the double against Eastleigh. But this could truly be when the club is able to finally climb the ladder.

As Rob put it, "the beating heart, the center of it, is the town." That shows true as Ryan and Rob held a press conference with fans early on and have gone out into the community and forged relationships, really inserting themselves into the culture of the town and club. And now is the time for us to be let inside. To get a taste for what the Wrexham community and their beloved football club is all about.

MORE: Gareth Bale's Move to the U.S. and LAFC has World Cup Implications