On November 11th, 2019, the San Jose Earthquakes announced that they had signed goalkeeper Emmanuel Ochoa to a Major League Soccer contract. While that may not seem newsworthy on the surface, it begins to seem important when you consider that Ochoa was only 14 years old at the time of the contract. Immediately soccer fans across the world began debating the signing, with one name constantly in the conversation.

You see, Emmanuel Ochoa is the second-youngest player to ever sign a contract with a Major League Soccer club. The youngest and most well-known player to do so was Freddy Adu, America's Wonderkid soccer player who failed to materialize into the star they hoped he'd be. 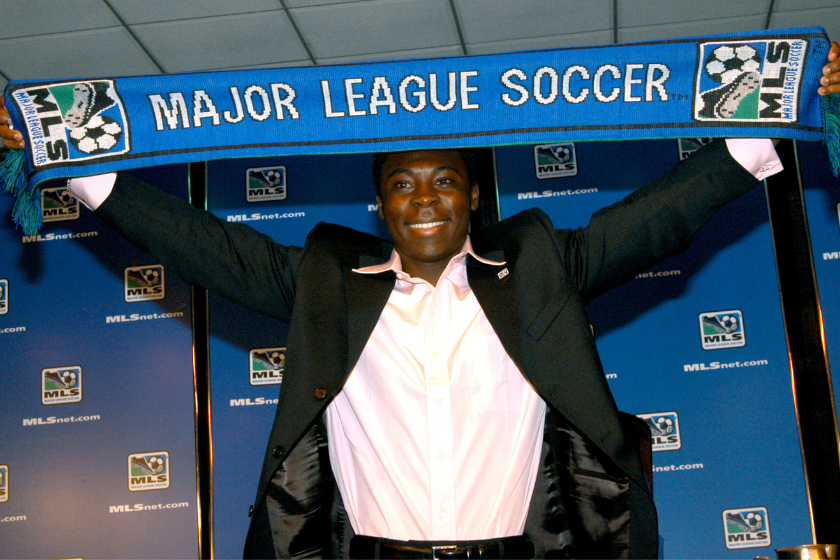 Freddy Adu burst into the national spotlight at the age of 14. The teenage attacking midfielder was the No. 1 overall pick by DC United in the MLS Superdraft and signed a massive $1 million endorsement deal with Nike. Expectations were high, as Adu showed a ton of promise. Even though he was just a teenager, ESPN and other media outlooks looked to him to be the youngest player to take US Soccer to the highest heights. The hype surrounding him painted him as a U.S. prodigy.

Think about that for a minute. What were you doing when you were 18? Or 16? 14? I'm 34 and I cannot for the life of me imagine the poise and maturity necessary to be in front of such a large audience whose sole purpose sometimes seems to be to tear you to shreds at every pass. That "what have you done for me lately" attitude in professional sports is crazy. Particularly for a young player.

Sure, there have been success stories. LeBron James was 18. Bryce Harper was a phenom for the Nationals at 18. Dominique Moceanu was at the top of the gymnastics world at 14. Wayne Gretzky first skated in the NHL at 18. Kylian Mbappe lit up the FIFA World Cup at 19, but actually made his professional debut when he was 16. And these are just players who have lived up, mostly, to their potential.

Needless to say, putting that kind of pressure on someone who is just 14 years old is absurd. DC thought Adu was going to come in and change the game. And, beyond that, U.S. Soccer was licking its lips at what could be the future of the United States Men's National Team.

On one hand, I understand it. Adu had spent the whole of his life playing against the older kids. But there's a difference between being able to play with the 15-year-olds at 12 and playing against guys who have built up their strength into their 20s at 14. And while it didn't necessarily look like this pressure was going to get to him at first, it found its way in eventually. 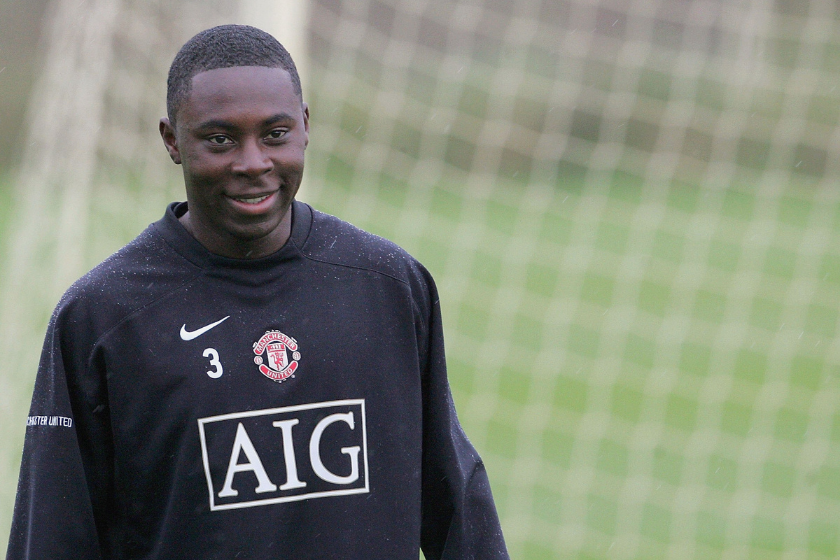 Freddy played two full seasons with DC United, scoring 11 goals in 87 appearances, before moving to Real Salt Lake. But there was a moment when everything could have changed. After his time with DC United, Adu was granted a trial with Manchester United of the English Premier League, one of the most storied clubs in Europe.

However, despite his abilities, Adu was unable to obtain a work permit, effectively barring him from playing in any competitive games. Sir Alex Ferguson praised Adu, stating "Freddy has done all right. He is a talented boy." After two weeks, Manchester United sent him home, where he'd sign with Real Salt Lake.

Shortly after his time in Utah ended, Adu moved to Europe and joined Benfica in Portugal. This was viewed as a moment in which the United States forward had the potential of breaking loose. But, unfortunately, it was the beginning of what would be considered a relatively mediocre senior career.

Benfica sent the young American out on loan, where he would spend nearly all of his time under contract with the Portuguese side. Adu was lent out to fellow Portuguese club Belenenses, Ligue 1 outfit AS Monaco, Greek side Aris, and the Turkish Çaykur Rizespor. In that time period, from 2007-2011, Adu only made 42 total appearances with six goals.

By this time, at the young age of 21, Freddy Adu had already made what would eventually be two-thirds of his career appearances at the senior level of club football. He moved back to the USA, played one and a half semi-successful seasons with the Philadelphia Union, seeing the pitch 35 times and netting seven goals. Despite the youngster's drive, he couldn't seem to unlock his potential quite enough to find any sort of permanent deal after that.

You could equate Adu's professional career to that of a journeyman minor league baseball player. The major difference is that instead of just bouncing from team to team, he was bouncing from country to country. Stints in South American football hotbed Brazil with Brazilian club Bahia, followed by Jagodina in Serbia where he never took the field, and finally trekking to Finland didn't bear much fruit. And he had countless other trials with clubs like Blackpool in England, as well as in the Netherlands and even the United States, including the Las Vegas Lights of the USL and the Tampa Bay Rowdies of the North American Soccer League.

What Happened to Freddy Adu? 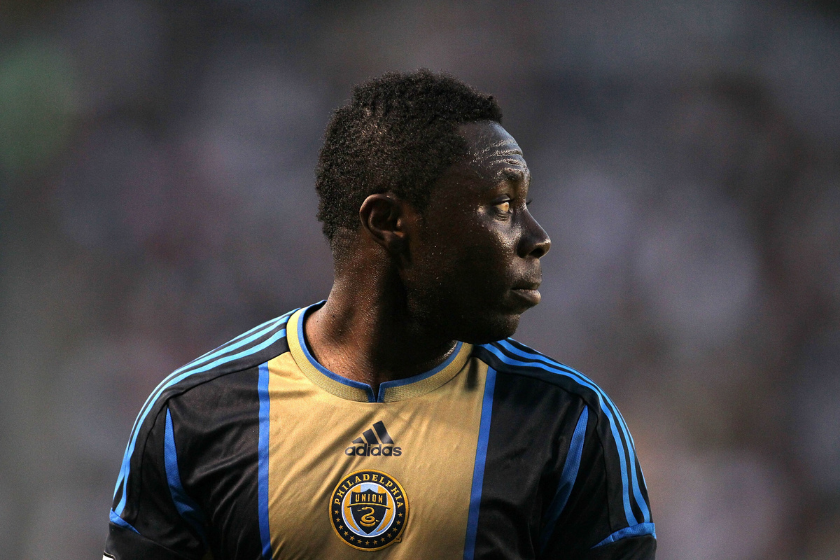 By 30 years old, Freddy Adu was living back in Maryland coaching a youth team. He got one final trial in Sweden with ?-sterlen FF before hanging up his boots. And what's crazy to me is the path he was sent on from such a young age.

To put it in perspective, New England Revolution forward Jozy Altidore is merely five months younger than Freddy, would probably be considered to be somewhat a success, and is still playing today.

So where did it all go wrong? How did the future of American Soccer fall short of his potential? Did DC United rush him into playing too early? Was he given enough time to develop? Should he have considered playing for the Ghanaian national team?

All of these are valid questions. Adu was born in Ghana and seemed to be on the path to stardom there until his family moved to the United States when he was 8 years old. Coming to the United States may have been what both kicked open the gates of possibility while simultaneously making him destined to fail.

Freddy Adu Walked So That Pulisic, McKennie and Others Could Run

Sure, soccer in the United States was gaining some traction. But it wasn't anywhere near the level that it is today. And, arguably, there's still a long way to go. As Adu's name adorned the front page of newspapers proclaiming him the next Pelé, his birth country was eliminating the United States from the World Cup. There's something oddly poetic about that.

On the national level, he never quite was able to break into the team on a consistent basis, playing only 17 times for the senior squad. At a time in which his star was supposed to symbolize the rise of U.S. Soccer, he didn't quite have the chance to help push them to the next level. While the United States had a great run to the quarterfinal in 2002 and saw a legendary goal by Landon Donovan push them through to the knockout stages in 2010, they were simply too disjointed for Freddy to have been able to lift them any higher even if he had broken into the team.

Cut to today, and we're watching a young, exciting United States Men's National Team maneuver World Cup Qualifying in a way that's got us biting our teeth. And I can't help but think about what could have been. Adu could be the senior member of this team, coming off the bench late to provide a little bit of leadership while the likes of Christian Pulisic, Weston McKennie and Tyler Adams roam the midfield.

No MLS Cup, Champions League, or World Cup trophies. Not even a USL Championship. The enormous weight of the national spotlight seems to have gotten the best of Freddy Adu. But will we ever know for sure? Was he ever going to be good enough? Unfortunately, these questions will be something we continue to ponder. And while we do, I hope we don't ever put that kind of pressure on a 14-year-old again. Because that's simply not fair.

MORE: Mia Hamm is a Soccer Legend, But Where is She Now?