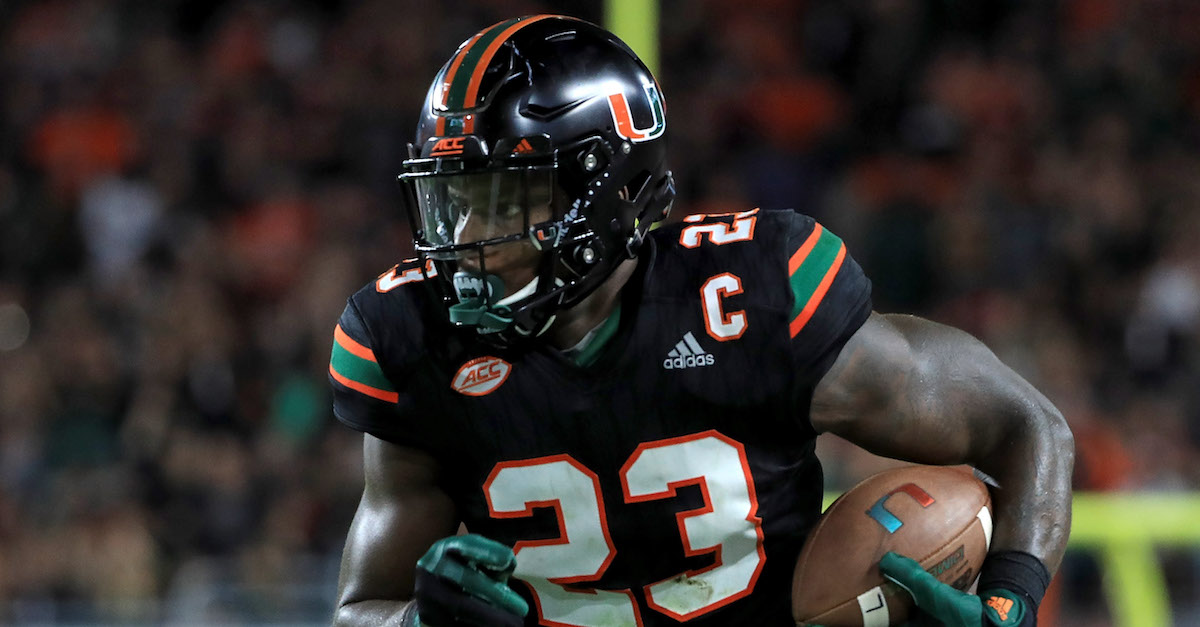 After Miami’s miserable loss to Pitt, the Hurricanes are looking at a must-win situation to even have any semblance of hope at getting into the College Football Playoffs.

They’ll have to battle Clemson without a top playmaker, as the school announced on Sunday that tight end Christopher Herndon had suffered an MCL injury in the loss and will be done for the season.

Herndon has 40 receptions for 477 yards and four touchdowns this year, and he’s the second-leading receiver for the program.

Miami fell to No. 7 in the most recent AP Poll, while their ACC Championship opposition, Clemson, jumped to No. 1.

The ACC title game is at 8 p.m. ET Saturday night on ABC.