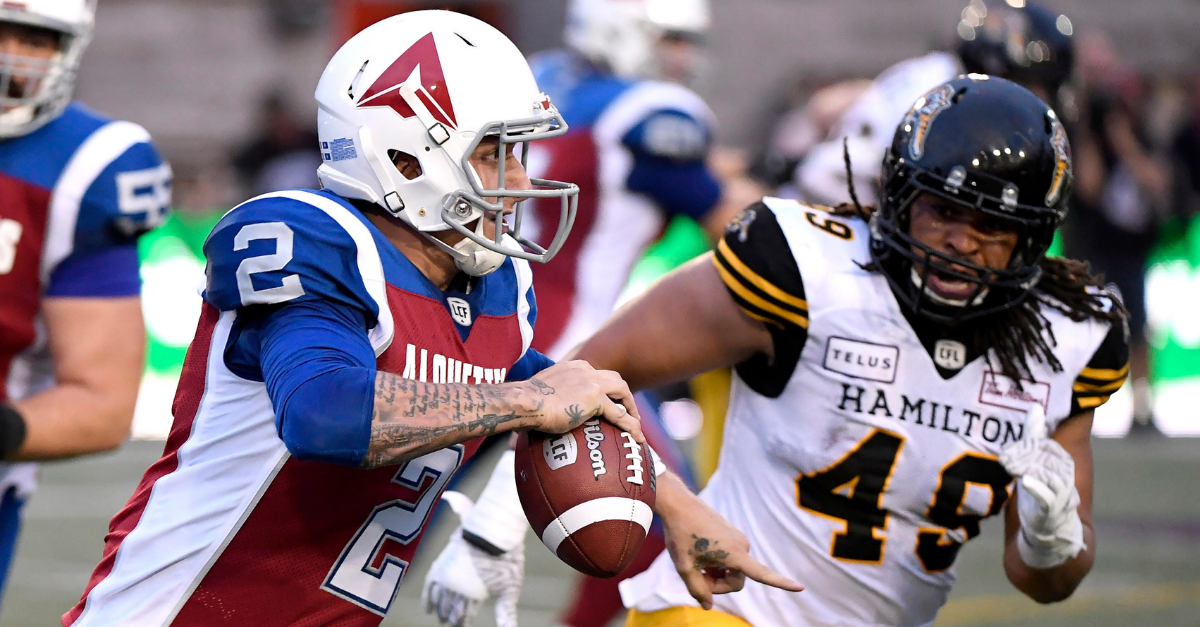 Johnny Football is heading to Memphis to resume his football career.

Johnny Manziel signed with the Alliance of American Football on Saturday night and will join the Memphis Express. The quarterback’s rights belonged to San Antonio of the spring league, but that team declined to sign him and Manziel then was free to join any of the other seven clubs. He was awarded through the AAF’s waiver system to the Express, who have a league-worst 1-5 record.

“We are pleased to welcome Johnny Manziel to Alliance of American Football, which we’ve always described as a league of opportunity for talented players to launch or revitalize their pro football careers,” Alliance co-founder Bill Polian said in a statement released by the league. “We completed extensive background work to determine whether it would be appropriate for Johnny to play this season, and after consulting with many people familiar with his situation, we concluded that it would be good for him to resume his pro football career here at The Alliance.”

RELATED: Tim Tebow Turns Down Steve Spurrier’s AAF Offer to Play for Him

Manziel is expected to report to the Express on Sunday.

“Welcome to the 901 @JManziel2,” the team wrote on its official Twitter page.

The 2012 Heisman Trophy winner at Texas A&M had his contract with the CFL terminated this offseason. The Canadian league said he violated his agreement with it, but has offered no specifics.

Manziel was a first-round draft pick by Cleveland in 2014, but quickly fizzled out there with seven touchdowns and seven interceptions in 14 games, including eight starts. The Browns released him in March 2016

In Memphis, Manziel could get an opportunity to play quickly. Express quarterback Zach Mettenberger injured an ankle Saturday on the first play from scrimmage and was unable to return to the team’s 22-9 loss at Salt Lake. He was replaced by Brandon Silver, who went 23 of 37 for 242 yards and one touchdown with one fumble.

The status of Mettenberger, who had replaced Christian Hackenberg as Memphis’ starter, was uncertain so coach Mike Singletary could look to Manziel to lead his squad down the stretch. Hackenberg remains on the roster, but is 32 of 62 for 277 yards with no TDs and three interceptions.