The Alliance of American Football Has Arrived. Here’s Why You’ll Love This League 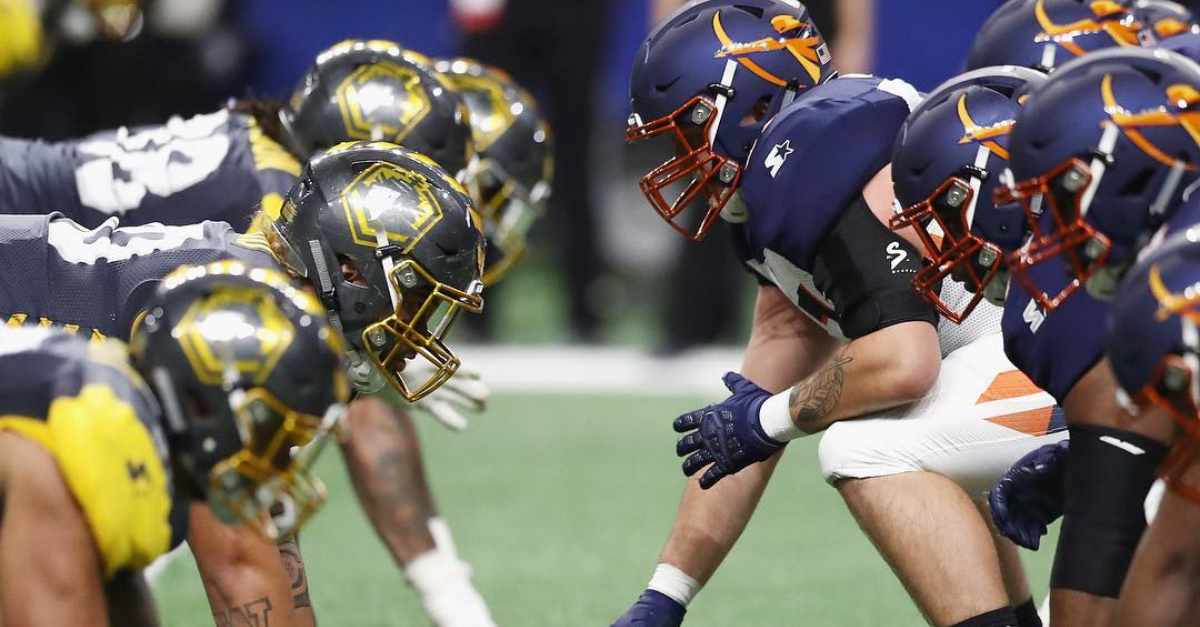 When Charlie Ebersol and Bill Polian founded the Alliance of American Football, they set out on a mission to put quality football on the field first, then they’d focus on the logistics ? location, stadiums and sponsors ? down the road. Ebersol directed This Was the XFL, an ESPN Films’ 30 for 30 documentary that dove into the problems of the one-and-done league created by WWE’s Vince McMahon. He knows the inherent problems that league had and doesn’t plan on making the same mistakes again.

The Alliance of American Football is already filled with star power with big-time players and coaches looking for the chance to play a high level of football. In addition, a ton of rule changes will make AAF games faster, more exciting, and directly challenge the National Football League on issues that fans have complained about over the years. In time, you might be waiting for your favorite football league every time Spring rolls around.

Eight teams will take part in the AAF’s inaugural season that begins February 9. The 10-week regular season will play out until April with games being broadcast on CBS, CBS Sports Network, TNT and NFL Network, as well as online streams on B/R Live and the league’s mobile app. There’s going to be two games on Saturday and two on Sunday, with one game each in the afternoon and evening slots.

From the players to the rules to the coaches leading the charge, the AAF is positioned to catch fire in no time at all.

What if football didn't have to end in February? #JoinTheAlliance pic.twitter.com/SjYW0xydX6

Locations for each franchise were selected with the intention of bringing professional football to the South. From the Orlando Apollos to the San Diego Fleet, every team is filled with talent you should remember from their days dominating the college football landscape. In creative systems surrounded by marquee talent, these teams have all the star power they need to find fans in a hurry.

That all starts with the coaches, and the AAF pulled some of the football’s biggest names out to bring these teams to life.

From the professional football ranks, NFL Hall of Fame linebacker Mike Singletary is head coach of the Memphis Express. Mike Martz, who led “The Greatest Show on Turf” to a Super Bowl as their offensive coordinator, will be the head coach in San Diego. Even former NFL players are involved like iconic quarterback Michael Vick, who was tabbed to be the offensive coordinator for the Atlanta Legends before stepping down, will work in a consulting role for the team.

College football influences are everywhere as well. College Football Hall of Famer Steve Spurrier is the head coach down in Orlando. San Antonio is led by Mike Riley, who previously coached Oregon State and Nebraska. Rick Neuheisel is the head coach in Arizona, and Dennis Erickson will lead the Salt Lake Stallions.

Rule changes the AAF has adopted directly contradict some of the NFL’s shortcomings over the years. Here are a few new wrinkles you’ll see on game days.

– No television timeouts to reduce the length of games

– No extra points ? Each team will attempt a two-point conversion after each touchdown

– There are no more kickoffs. Team’s will start each possession after a score on their own 25-yard line. Also, onside kicks are replaced with the chance to convert a 12-yard first down from their own 28-yard line to keep the ball. (Random, but effective)

– In overtime, the “Kansas Playoff” is in effect. That means each team has four downs to score a touchdown (no field goals are allowed) from the 10-yard line. If it’s still tied after one possession, the game ends in a tie.

– The top two teams from each conference advance to the Playoffs. Winners face off for the AAF championship game on April 27.

These rosters are loaded with talent looking for another chance to be seen. Each AAF player is on a non-guaranteed 3-year, $250,000 contract that has bonuses available a number of ways. Here are some stars from each roster, their position, and where they attended college:

I’m super excited for this league. Yes, there’s going to be obvious doubts about if it can sustain or football fans will respond to the product positively, but this is football, and I’ll take it in any form. It beats watching NFL prospects run the 40-yard dash wearing spandex shorts at the NFL Scouting Combine, right?