Johnny Manziel’s CFL Career is Already Over. Is the AAF Next? 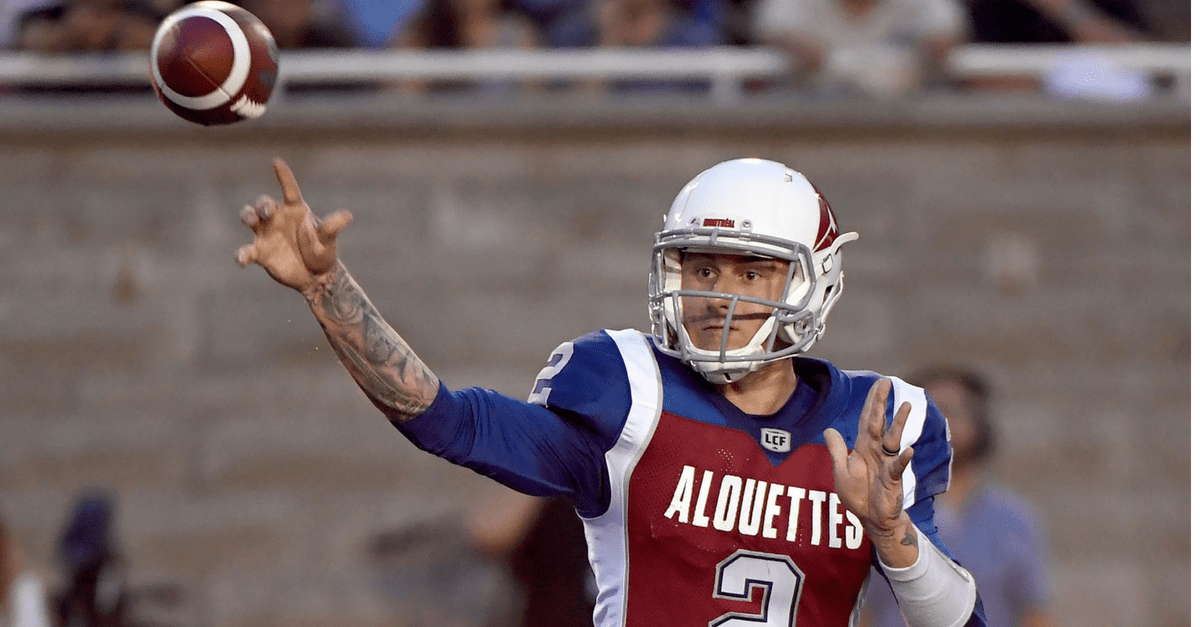 Whether you love watching him play or love to hate his antics, there?s no denying Johnny Manziel is one of the most polarizing football players of this generation. The former Texas A&M Aggies star quarterback just cannot seem to find himself a home at the professional ranks without getting into some sort of trouble.

In what has seemed like an on-going saga of drama and mediocre play, the Montreal Alouettes ? the Canadian Football League team Johnny Football played for last season ? has been directed by the league to terminate his contract.

The reason? The CFL found that Manziel had ?contravened the agreement which made him eligible to play in the league? and has told all of the teams that it will not register a contract if they try to sign him again.

In plainest terms, the CFL is angry Manziel violated the terms in his contract, and he will never play in Canada again.

RELATED: Sorry, But Randy Gregory Should Never Be Allowed to Play Football Again

In eight games with the Alouettes in 2018, the 6-foot signal caller from Tyler, Texas completed 106-of-165 passes for 1,290 yards with five touchdowns and seven interceptions.

?We are disappointed by this turn of events. Johnny was provided a great deal of support by our organization, in collaboration with the CFL, but he has been unable to abide by the terms of his agreement. We worked with the league and presented alternatives to Johnny, who was unwilling to proceed? We are confident going into the 2019 training camp with a roster of quarterbacks that had played in our system last year and are committed to our team.?

What?s next for the former Heisman Trophy winner? Well, his options are limited, but at least they exist.

After being selected No. 22 overall by the Cleveland Browns in the 2014 NFL Draft, Manziel lasted only two seasons in the NFL. He then took three years off from the game before making a return to football in the CFL, which was the best league at the time. He originally signed with the Hamilton Tiger-Cats before being traded to the Alouettes.

So what?s left? Perhaps it?s time for Johnny Football to invade the Alliance of American Football.

It?s no secret the AAF has tried to recruit high-profile players such as Colin Kaepernick, so this could be a perfect match. The AAF wants to grow its brand and popularity and Johnny Manziel, who is a walking and talking ratings boost, needs a place to play. Why not give it a shot?

If that fails, maybe the XFL will take him in when it relaunches in 2020.

Regardless, quarterback Johnny Manziel?s CFL career is already over and the former first-round pick is officially a free agent to do his show somewhere else.