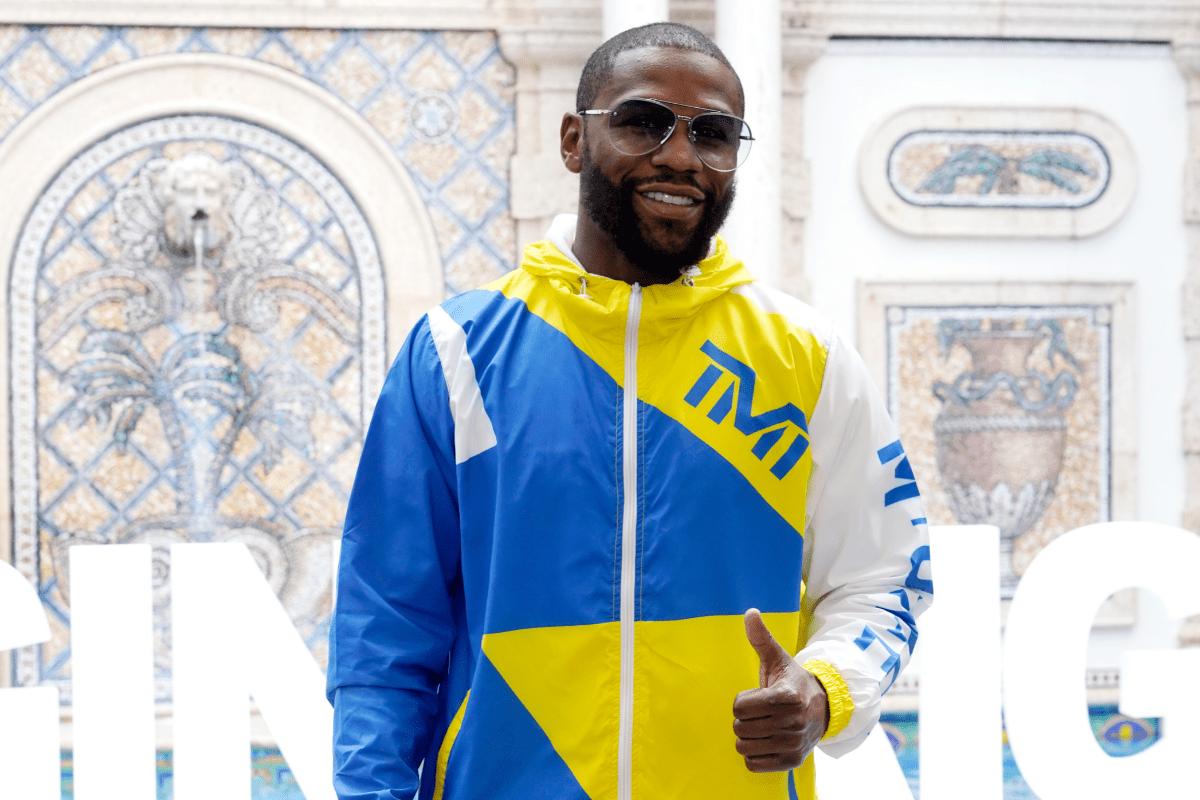 Boxing legend Floyd Mayweather Jr. defended his undefeated 50-0 record after taking down Logan Paul in an exhibition match in Miami in early June 2021. Naturally, Mayweather hauled in a boatload of cash from the ordeal, but his bout with the YouTuber turned boxer wasn’t even the most significant thing to happen in Floyd’s life this year.

Back in January 2021, Mayweather reportedly got engaged to his girlfriend Anna Monroe by giving her a massive diamond ring. It isn’t the first time the 44-year-old has been engaged, though he might tell you otherwise.

RELATED: Floyd Mayweather?s Net Worth Takes His ?Money? Nickname to a New Level

Floyd Mayweather is engaged to Anna Monroe, and according to The Sun, the pair are even trying to have a child together this year. The 29-year-old Monroe works as the lead dancer at Mayweather’s Las Vegas strip club named Girl Collection. It’s unclear how long the two have been officially dating, but they made their relationship public on New Year’s Day.

Monroe posts tons of pics of herself to social media, and you can see her new engagement ring in many of the photos. And as one would expect, the diamond on the ring was nothing short of colossal. Interestingly enough, Mayweather denied any rumors that he was engaged on Instagram.

Before meeting Monroe, Mayweather boasted quite the dating history. In the past, Mayweather has been in relationships with Melissa Brim and Shantel Jackson, who is currently in a relationship with rapper Nelly. He reportedly gave Jackson a $10 million engagement ring but broke things off after he said she got an abortion.

Floyd has also been linked to other notable celebrities in the past, including Lil Kim, Irina Shayk and even Lindsay Lohan.

Brim is the mother of Mayweather’s daughter Iyanna, who goes by “Yaya.” Iyanna was recently arrested after an alleged stabbing incident at the house of rapper NBA YoungBoy.

His most well-known relationship came with ex-girlfriend Josie Harris. In a 2014 tell-all interview with USA Today, Harris alleged she was a victim of domestic violence at the hands of Mayweather. He had previously been charged with two counts of domestic battery and was sentenced to a 90-day prison sentence in 2011.

Harris also filed a $20 million defamation lawsuit against Mayweather after appearing on television in an interview with Katie Couric. He accused Harris of being a drug abuser and denied her allegations of abuse.

Harris and Mayweather were together from 1995-2005. She is the mother of Mayweather’s other three children, sons Koraun and Zion, and daughter Jirah.

Tragically, Harris was found dead in her vehicle last year after a reported drug overdose in Valencia, California, per TMZ. Mayweather took to social media to express remorse and grief about his late ex-partner in a series of Instagram posts.

While his last professional fight came in 2017 against UFC star Conor McGregor, Mayweather’s boxing career has left him wealthy enough for multiple lifetimes. According to Celebrity Net Worth, Mayweather boasts an estimated net worth of $450 million.