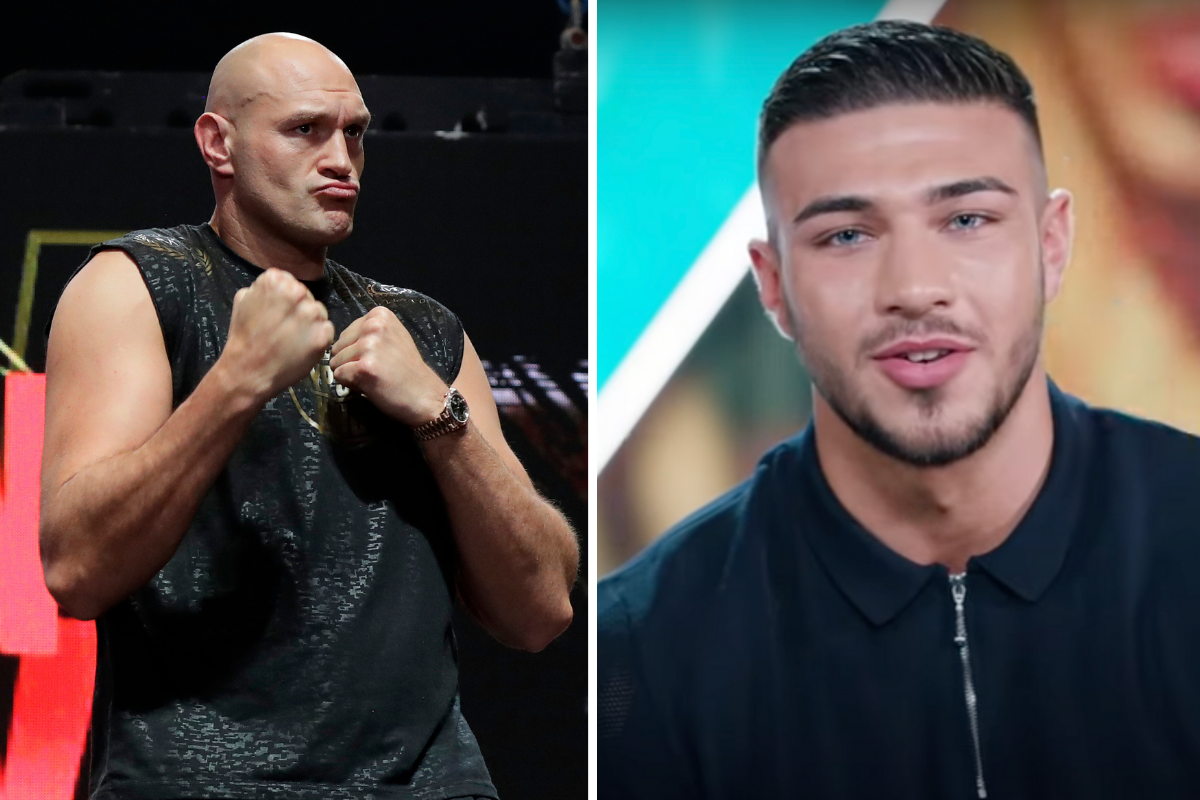 Tyson Fury is one of the biggest names in boxing history, dominating the sport with his marquee rematch and world title fight victory against Deontay Wilder, as well as a future bout with WBO, WBA and IBF champion Anthony Joshua, as announced by Eddie Hearn.

The WBC heavyweight champion’s massive frame is matched only by his larger than life personality, but he’s not the only one in his family who has made a name for himself in the ring.

Fury’s half-brother Tommy Fury is an up-and-coming boxer in his own right. What Tommy is best known for, however, is his stint on the popular reality television show, Love Island.

Who is Tyson Fury’s Brother?

Tommy Fury is a 21-year-old professional boxer from Manchester and the younger brother of world champion boxer Tyson Fury.

Tommy fights in the light-heavyweight division and has strung together a solid professional career so far, though not quite the likes of the Gypsy King.

What Tommy is best known for, however, is being a Love Island star. He featured on the reality TV show’s fifth season, sparking up a romantic relationship with Molly-Mae Hague.

He also has a large social media following with more than 3.2 million followers on Instagram, where he often posts videos of his sparring sessions.

The Fury family is loaded with boxers.

Tommy’s cousin, Hughie Fury, is also a professional boxer. Tyson and Tommy Fury share a father, John Fury, though they have different mothers.

While his older brother is one of the faces of the sport, rivaling the popularity of Canelo Alvarez, Tommy is making a name for himself as well.

Tommy Fury is 4-0 in his professional career, having most recently defeated Genadij Krajevskij via second-round knockout with a brutal uppercut in November 2020 on BT Sport.

He’s set to feature on the undercard for the bout between Jamal Herring and Carl Frampton in late February 2021. Of his four victories, two have come by knockout, one by TKO and one by decision.

Boxing promoter Frank Warren recently shared an in-depth interview from Tommy, during which he discussed his boxing career during the lockdown as he gears up for his next fight.

While Tommy Fury is still in the shadow of his older brother Tyson’s boxing career, he’s quickly rising up the ranks and is looking to maintain his undefeated record in 2021.

MORE: Mike Tyson?s Net Worth: How ?Iron Mike? Made (And Lost) Big Bucks