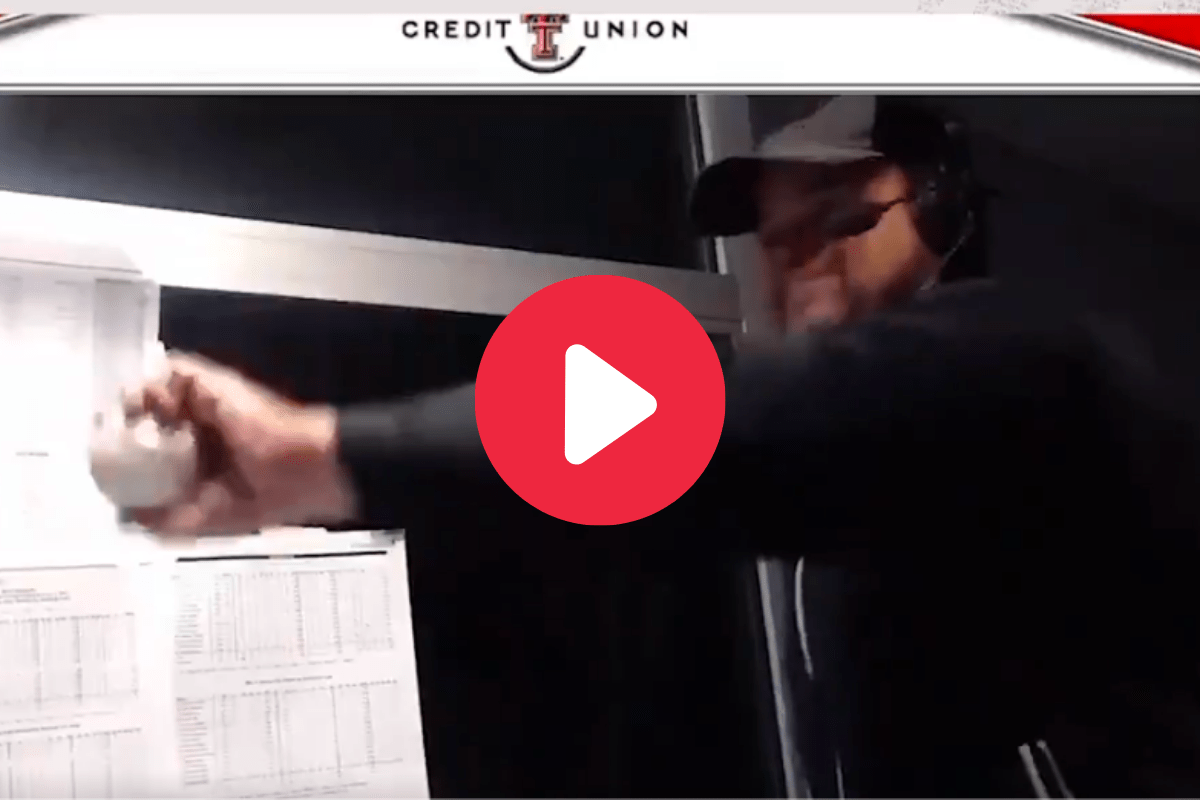 There are two things every baseball fan loves to walk away with after a game: a 32-ounce souvenir cup and a foul ball.

The former is much easier to come by. You order a soda to go along with your loaded nachos. The crisp taste perfectly complements the cheese and you head home with a huge water cup to cool down on a hot day. It’s also a top-notch container for spare change.

Hunting for a foul ball requires a lot of strategy. When purchasing tickets, you check Sabermetrics to see which player hits the most and where and go from there. It’s like Moneyball, but the problem you’re trying to solve is building a wall of baseballs in your garage.

Texas Tech play-by-play announcer Geoff Haxton threw the numbers out of the window and made an incredible catch in as unlikely a spot as any.

The Red Raiders were in Morgantown, West Virginia, to take on the West Virginia Mountaineers in the Friday night game of a weekend series.

The No. 5 Texas Tech baseball team was in control with a 7-0 lead in the top of the 8th inning.

Second baseman Jace Jung was up to bat. He torched a foul ball that beelined directly toward the broadcast booth.

Haxton, calling the play, notes that the ball is coming in hot right at him. He reaches out his bare left hand and snags it.

The former college catcher takes a second to frame it. He lifts the ball to the socially-distanced crowd at Mongolia County Ballpark and relishes the moment.

“My hand hurts so bad right now,” he exclaims.

The adrenaline covered up his internal screaming.

I love the booth camera view where you can see Haxton narrating the play in real time. I wish we could’ve hooked up Tony Romo with this capability during his playing days. The pocket is collapsing on him:

The Lubbock-based broadcaster told the audience during the postgame show that the team played it back three times to capture the pop of the ball hitting his hand.

Haxton’s astounding catch is a play-of-the-year nominee. It’s definitely worth a swollen hand.