Pitcher Barehands Line Drive After It Knocked His Glove Off 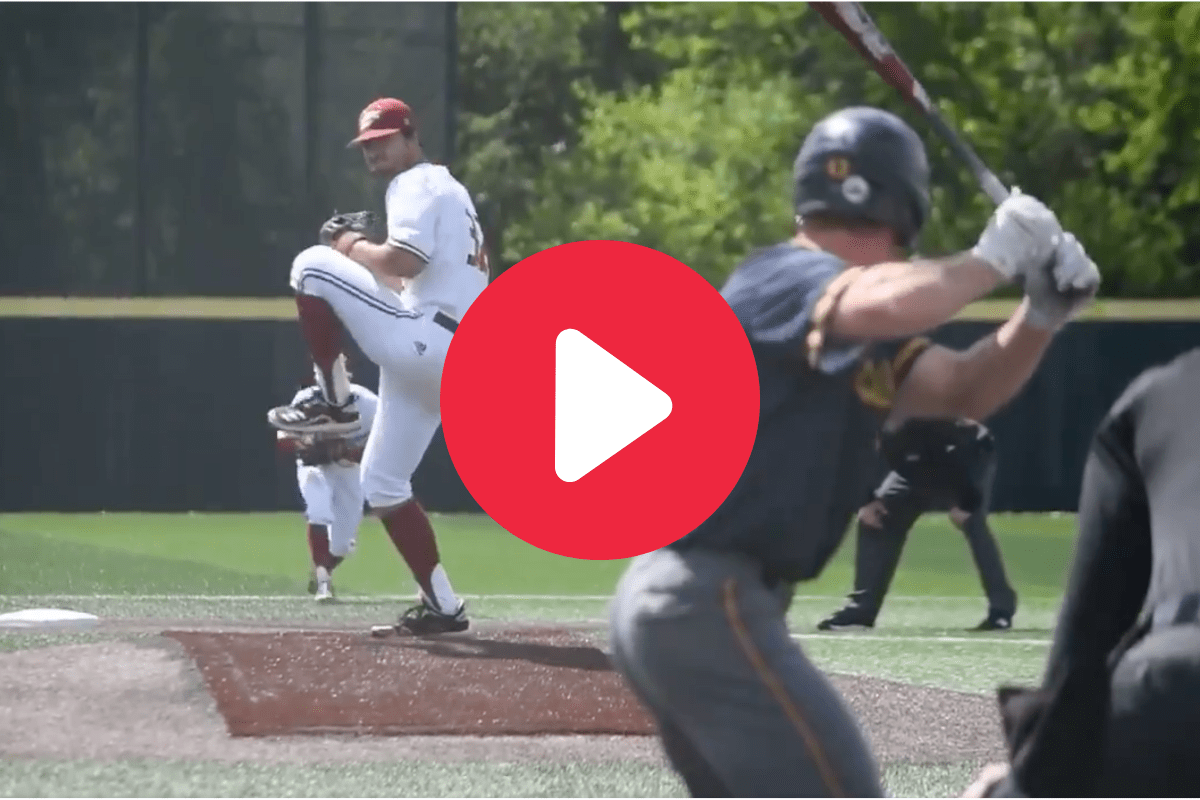 Baseball players wear padded gloves for a reason. Even at five ounces, those white balls of cowhide can travel more than 100 MPH and leave bruises and broken bones if they strike players the right way.

Sometimes, though, fielders have no option but to ditch the mitt and attempt a barehanded catch. Take Austin Trace, for example. The Ohio high school pitcher barehanded a screaming line drive (and acted like it was no big deal) because he had no time to reach across his body with his glove.

Kevin Mitchell and David Wright will tell you similar stories, and now we’ve got another hard-handed player to add to that list.

CAUGHT IT WITH HIS BARE HAND 😮

Matthew Baker was pitching for the Henderson State University Reddies against Augustana in the NCAA Division II Central Regional when he made an incredible play that still doesn’t seem real.

Augustana’s Jaxon Rosencranz ripped a ball right back at Baker in the first inning. The liner was hit so hard it popped the pitcher’s glove straight off his hand. That didn’t matter. Baker still caught the ball with his barehand to end the inning.

I’ve watched this clip about 47 times and I still can’t quite figure out how he did that. You can hear the ball hit his palm, too, so you know his hand was throbbing after that play. I’m surprised his teammates weren’t more excited after that insane grab.

ESPN caught word of the catch and reposted the video on its SportsCenter Twitter account, where it’s racked up more than 400,000 views. He was even given a new nickname: “Barehand Baker.”

Barehand Baker didn’t let that stinger get to him the rest of the game. He threw five innings of one-run ball and struck out five batters. The Reddies went on to win, 8-7, in extra innings after scoring three runs without putting the ball in play.

Afterward, Baker spoke about the catch and showed fans the nasty welt it left.

“I got pulled out of the game in the sixth inning and I go and check my phone and go, ‘Golly why do I have so many notifications?’ I just threw it back in my bag. I was walking down to the bullpen and Arkansas Tech was down here. They were like, ‘hey 3-2, you made SportsCenter!'” Baker said.

And here’s the welt it left on his body:

The Great American Conference champions went on to lose to Minnesota State University to end their season. At least Matthew Baker gave us this incredible catch first, though.

Now go get some ice, ASAP.