The SEC is Dominating College Baseball, and There’s Nothing You Can Do About It 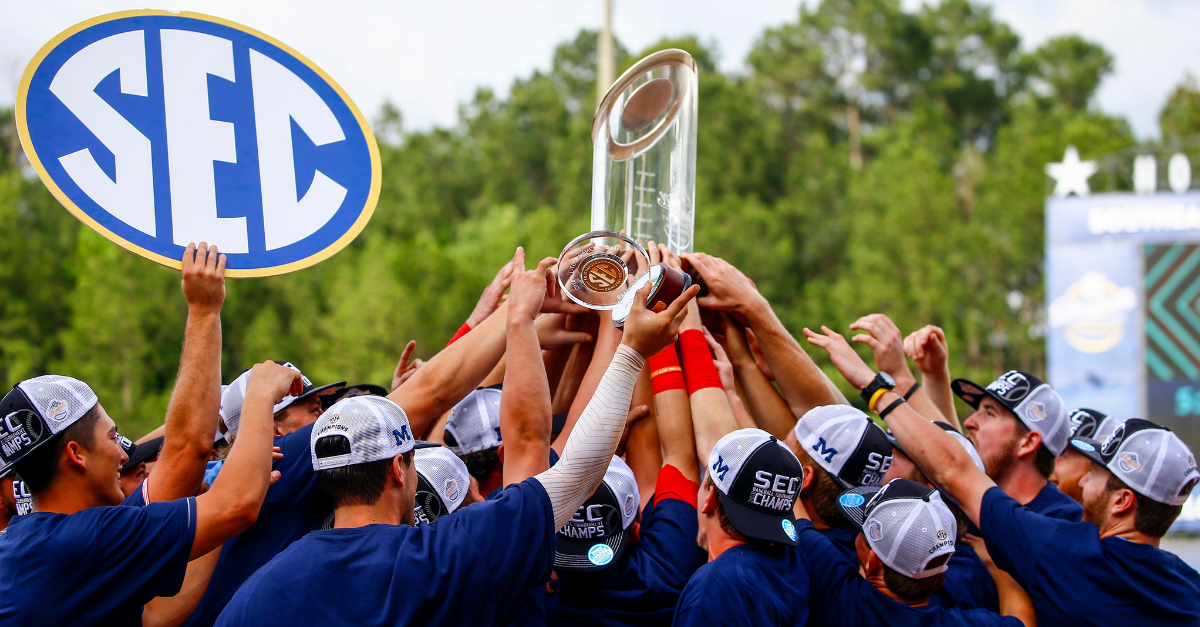 Try as you might, you’re not going to convince most people that the Southeastern Conference isn’t the the best conference in college football. There have been 13 SEC teams crowned national champions since 1990 in a division that doubles as an assembly line for professional football talent. While football gets the glitz, the glam, and the College Football Playoff, there’s another sport where the SEC has been dominating everyone else even more: baseball.

An SEC team has reached the College World Series — college baseball’s national championship — in 13 of the last 20 years. In 2011 and 2017, teams from the Southeastern Conference even played each other for the title. During the 2018 MLB Draft, 99 SEC players were selected, including 13 from the Kentucky Wildcats, the most in the country. If the game of baseball was first played in Hoboken, New Jersey, then it’s been shaped, molded and perfected in the Southeast.

With the release of the USA Today’s College Baseball Coaches Poll on March 4, the SEC has 11 of its 14 teams ranked in the top-25, the most-ever in the history of the rankings. All 11 teams also appeared in the NCAA’s Division 1 College Top 25 rankings, just in case you needed more proof that baseball now lives and breathes in the South.

On top of the rankings are the Vanderbilt Commodores, who lead the SEC in team batting average, on-base percentage, hits and fielding percentage. Sophomore Kolby Robinson has the second-highest batting average (.478) in the SEC through 11 games and is joined by two teammates — J.J. Bleday and Ethan Paul — among the conference’s top 10 batters.

Whether it’s Mississippi State’s light-out pitching staff or South Carolina’s league-leading home run power, every team has something that makes them great. The Florida Gators can hit, the LSU Tigers pile up runs, and no team picks up strikeouts like Texas A&M. Arkansas was the NCAA runner-up last season, Auburn plays smarter than most teams, and Georgia continues to thrive under head coach Scott Stricklin.

Plus, the No. 21 Tennessee Volunteers are the only undefeated team left in the conference.

Start of a new segment I’ll be doing. A look at Antoine Duplantis & Jake Mangum’s chase for Eddy Furniss’ SEC hits record. I’ll update this graphic periodically & more frequently as the year winds down. Should be a great chase!#ChasingEddy

The way this young season is trending, we’re going to see at least one, and maybe two, SEC programs reach the College World Series final in Omaha, Nebraska.

Plus, once SEC play begins, those three-game series are going to bring high-level talent together for some of the most-exciting baseball you’ll get to see the entire spring.