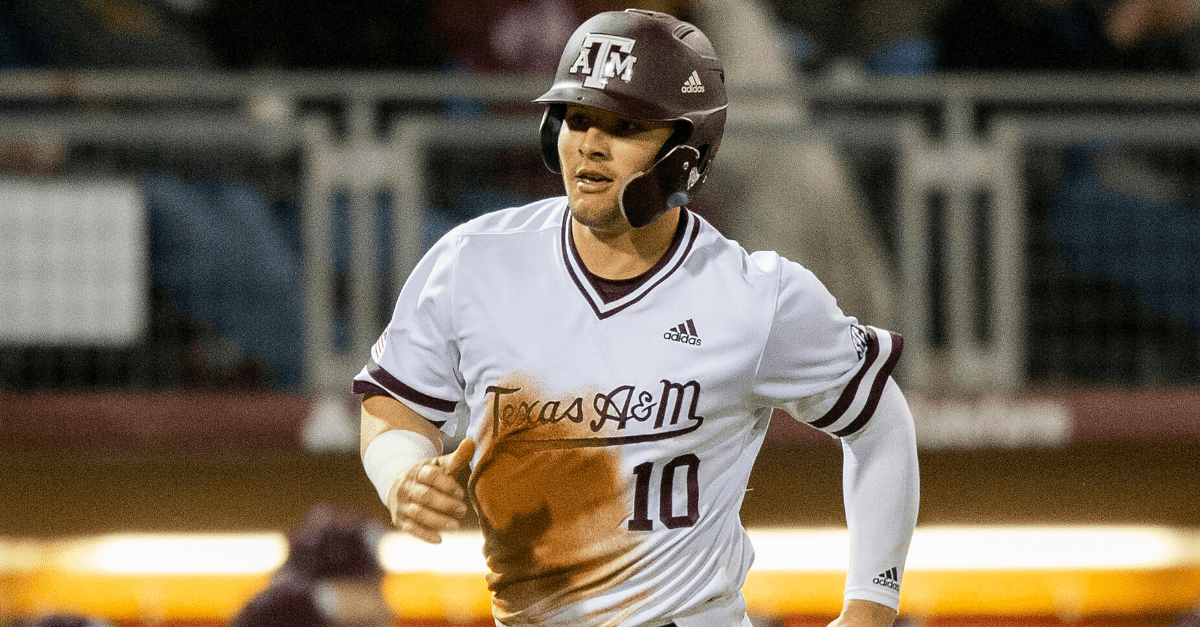 The Texas A&M baseball team is off to a blazing start in 2020. The No. 20 team in the country is a perfect 5-0 and boasts one of the best pitchers in the SEC and all of college baseball in Asa Lacy.

The Aggies offense has been dynamite so far, scoring 32 runs in their opening three-game series against Miami (Ohio) and another 13 runs against Stephen F. Austin. That should be no surprise for those that remember last year’s walk-off grand slam from Bryce Blaum to send West Virginia home in the NCAA Tournament.

But I’m not sure anyone saw what was coming when TAMU took Olsen Field at Blue Bell Park against Prairie View A&M on Wednesday night in College Station.

Yes, you read that right.

The Texas A&M Aggies beat the Prairie View A&M Panthers by a final score of 30-2 in seven innings. Even crazier was that a whopping 27 of those runs were scored in the first two innings.

The Aggies poured on 10 runs in the first inning. Panthers starting pitcher Derrick Curry failed to record an out, surrendering five runs before his reliever Ty Tubbs allowed another five hitters to cross home. TAMU took advantage of hit-by-pitches and two errors early before Blaum ripped a three-run double and Ty Coleman knocked another one in on a sacrifice fly. Cam Blake then plated the 10th run on an RBI groundout to shortstop.

Unfortunately for the Panthers, they had to take the field again in the second inning and watch the Aggies score 17 more runs.

Hunter Coleman, Mason Corbett and Logan Britt all singled to lead off the inning. The hit parade continued with doubles by Zane Shmidt and Trevor Werner. That was followed by four straight walks to score another two runs. The Aggies totaled 10 hits in the inning and, with help from a fielding error, led 27-0 after two innings.

“It’s a tribute to our coaches and players,” Texas A&M head coach Rob Childress said in a release. “You talk about the first inning and it all goes down to the guys willing to take their walks, willing to anchor down and take the hit by the pitch, willing to be competitive on two strikes and willing to bust their tails down the line on a ground ball and put pressure on the defense. Then the hits come behind it. That’s really what an offense that’s working together looks likes and feels like. The players feel really good about it, the coaches, for me, I couldn’t be prouder about where we are at this point.”

For anyone who tried following the game while keeping the book, well, I’m sorry.

You can decipher in your own free time: pic.twitter.com/yKHxZ6svoq

Texas A&M scored another in the fifth and its final two runs in the sixth. Incredibly, zero of the 30 runs came via the home run.

Here are just a couple of the silly Texas A&M stat lines in the box score:

Not to leave out TAMU’s pitchers, starter Jonathan Childress picked up the win after throwing three scoreless innings and tallying three strikeouts. The bullpen then held the Panthers to just two runs the next four innings.

Texas A&M’s games won’t all be like that, especially as they get into playing teams like LSU, Mississippi State and Auburn in SEC play. Still, Aggie baseball accomplished some history Wednesday night.