Cade Cunningham took a second to find his footing in the pros, but he proved why the Detroit Pistons made the right choice when they selected him with the No. 1 overall pick in the 2021 NBA Draft.

The person who pushes him to be great? His daughter Riley, who was born in 2018. She is by far the most essential part of the 21-year-old's life as he's on his way to becoming an NBA star.

He posts photos of her on social media, though he's never revealed who Riley's mother is. Riley reportedly lives in Texas, near where Cade grew up in Arlington.

She stays with her mother as well as Cunningham's family, which includes his parents Carrie and Keith Cunningham -- who briefly played college football at Texas Tech--, sister Kaylyn and older brother Cannen, who played college ball at SMU before becoming an assistant coach at OSU and was the assistant head coach of the program in 2019.

Before Cunningham's run in March Madness with the Oklahoma State Cowboys in 2020-21, the Big 12 Player of the Year discussed the importance of his daughter in a conference call with the Associated Press:

"She's everything. I don't know, she's like a bundle of happiness in a 2-year-old body. It's not enough words, really, that's my daughter. She's everything right now, she's my motivation and all that."

Riley was born while Cunningham was still of a young age in high school. He attended Bowie High School in Arlington until he was 16 before transferring to Montverde Academy in Florida.

Cunningham is an NBA Star in the Making 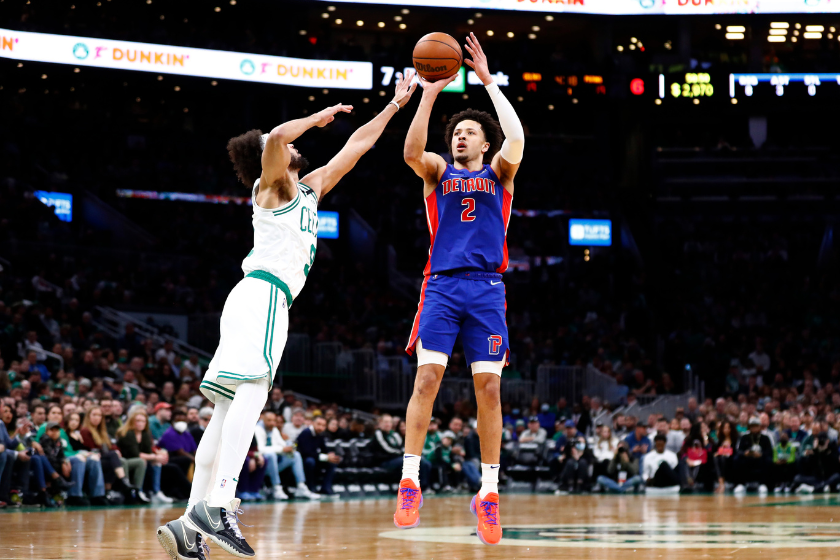 Cunningham rejected offers from the likes of Duke, Kentucky and North Carolina to head to Oklahoma State. He had a sensational season in Stillwater, averaging 20.1 points, 6.2 rebounds and 3.1 assists per game. He was named Big 12 Freshman of the Year and Big 12 Player of the Year, joining Marcus Smart, Michael Beasley and Kevin Durant as the only basketball players in Big 12 history to achieve both feats. He was a First-Team All-American and represented the USA National Team at the U-19 World Cup in Greece, where he won a gold medal. Despite an early exit in the 2021 NCAA Tournament from Mike Boynton's squad, Cunningham's impressive freshman season solidified him as a superstar -- a mantle he's carried to the NBA.

The point guard averaged 17.4 points, 5.5 rebounds and 5.6 assists on his way to a NBA All-Rookie First-Team selection last season. He's the focal point of a young Pistons that includes exciting players like Saddiq Bey and rookies Jaden Ivey and Jalen Duren. They'll be an essential watch on NBA League Pass this year.

Riley is already a fan favorite at Little Caesars Arena in Detroit. Whenever Cunningham needs the extra push, he'll look her way.

MORE: Meet Victor Wembanyama: The 7-Foot-2 French Superstar Who's Built to Take Over the NBA