Haley and Hanna Cavinder, the twins of the Miami Hurricanes women's basketball team, hail from the desert state of Arizona. Senior guards, the Cavinders have come a long way to get to Miami after deciding to transfer from Fresno State.

No matter how far the talented sisters travel, they'll always have fans. On TikTok, the verified @cavindertwins account has 4.1 million followers. On Instagram, each sister has at least 400,000 followers -- not to mention the 104,000 follows on their shared @thecavindertwins page.

Internet fame aside, the Cavinders are serious about hooping.

The Cavinder Twins' Dedication to Basketball

"They never get outworked. I really want people to understand that they are determined workers," University of Miami head coach Katie Meier said. "They are going to find a way to win. That has elevated our entire team."

Last season, Haley broke the NCAA record for free throw percentage in a single season. She converted 97.3% of her 112 free throw attempts. She also led the Mountain West conference in points (19.8) and rebounds (9.5) per game and was an all-conference selection. Hanna, a 2021 All-Mountain West Team member, averaged 14.6 points and finished sixth in the conference in steals per game (1.8).

With skills and popularity, the Cavinder twins are leading the way in women's sports.

"Female sports need to be more supported in general," Hanna said. "So, if we can do any help to get more fans to come watch and obviously see the amazing team that we have, that's something that is a huge positive for any program."

The sport may need it, too. The female side of sports has lacked big brands or leaders. Sports fans in general will find it difficult to name three players on the UConn Huskies women's basketball team even though the program has had massive success.

Instead, fans only know about the few players who have become extraordinarily popular. Serena Williams is a household name, as is Sue Bird. The ability to grow in women's sports seems to rely on branding.

That proposition isn't exactly fair, and the bell curve is extreme. Some women in sports get all the fame and attention, while others get none. As harsh as it is, there has never been a better time for everyone to get a piece of the pie. 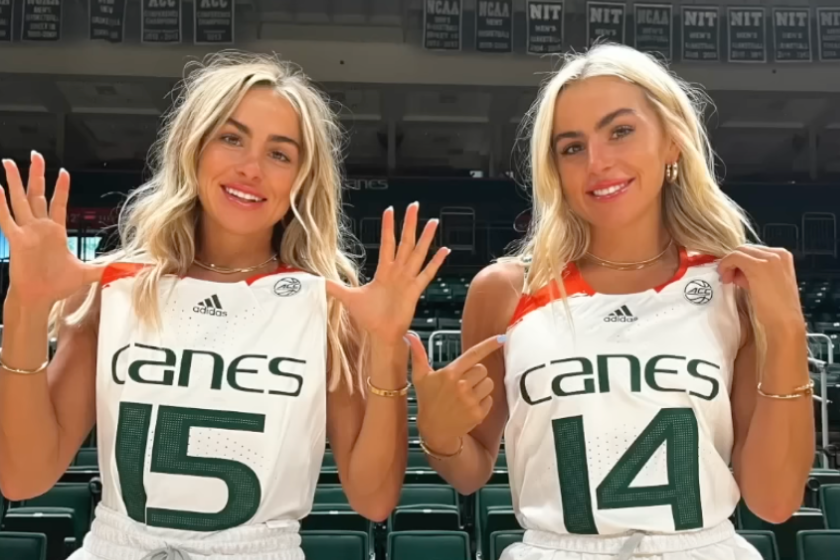 TikTok, Twitter, Instagram and other social media apps allow women to grow their brands. NCAA athletes have been further empowered by name, image and likeness (NIL) compensation. The Cavinder twins were the first college athletes to have a deal with a company. Now they have deals with multiple companies including Champs, Boost Mobile and SIXSTAR Pro Nutrition.

According to On3 NIL, the Cavinder twins are worth a combined $1.58 million, making them almost as valuable as Texas running back Bijan Robinson -- even though the twins don't get the benefit of playing the most popular college sport.

As more women athletes get the chance to rise, sports organizations as a whole cash in. For example, the 2022 Women's Final Four was the highest-rated national championship in 18 years, according to Sports Media Watch.

When South Carolina and UConn battled it out for the title, an average of 4.85 million viewers watched. On average, 3.46 million people viewed the entire Final Four, the highest figure since 2012.

Women's sports may never reach the level of men's sports. The games are different. And it isn't apparent whether women will have the ability to close the gap under any sort of reasonable or realistic means. The goal should be consistent growth, however, and the Cavinder twins' model of success is leading the way for more women to have a chance to grow their brands, which eventually grows the sport.