Scheduling is one of the most important aspects of college basketball. You don't want to regret taking the safe route when it's time for the selection committee to put its head together in March, which is why you should test yourself early in the year. At the same time, there's nothing wrong with reaching out to a reasonable number of smaller schools and convincing them to travel to your campus in November and December.

Of course, the smaller schools will need to receive compensation in order for them to put you on their schedule, but it's normally a win-win situation for both parties. You get to beat up on a couple of inferior opponents to help build your team's confidence, and the smaller schools get to rake in some money -- no matter the outcome. These contests are called "buy games" and they often result in lopsided victories for Power Five ball clubs.

With that said, there's always a possibility that high-major teams could embarrass themselves in front of their faithful fans. In fact, that has already occurred several times this season, and it just goes to show that you could be on the losing end if you play around with hungry mid/low-majors. 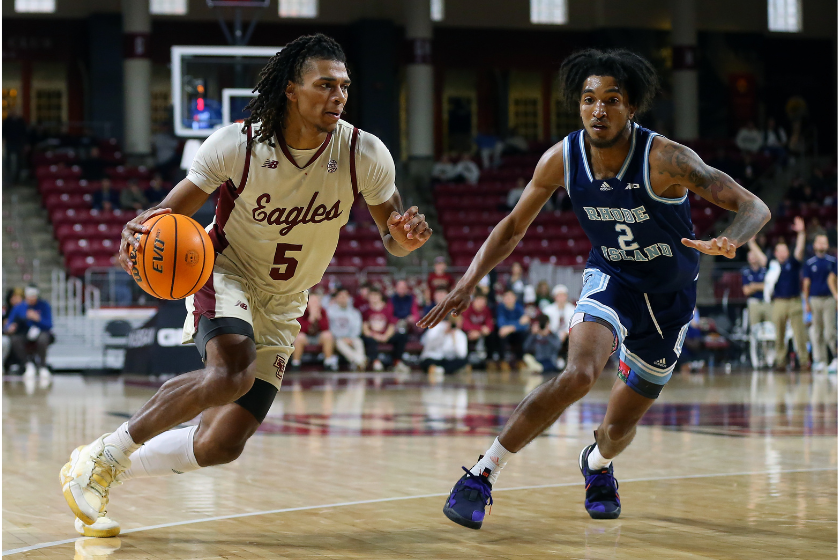 Boston College escaped with wins over Cornell and Detroit Mercy during opening week, but their 69-64 loss to Maine on Nov. 14 showed them there is still a lot of work to be done. While they held the Black Bears to 44.8% shooting from the field on the night, they gave up one too many offensive rebounds, literally. The Black Bears finished with nine offensive boards to the Eagles' eight and sealed the game at the free-throw line after fearlessly attacking the glass in the closing seconds.

If Boston College had gotten off to a faster start, however, they may have been in cruise control before the final under four-minute media timeout. I mean, they jumped out to a 47-21 lead against George Mason in the following game, so why couldn't they give Maine the same treatment? I'm not saying that they don't have enough firepower to overcome sluggish first-half performances, but when they're matched up against a team that's at a disadvantage talent-wise and/or athletically, there's really no excuse for playing catch-up. 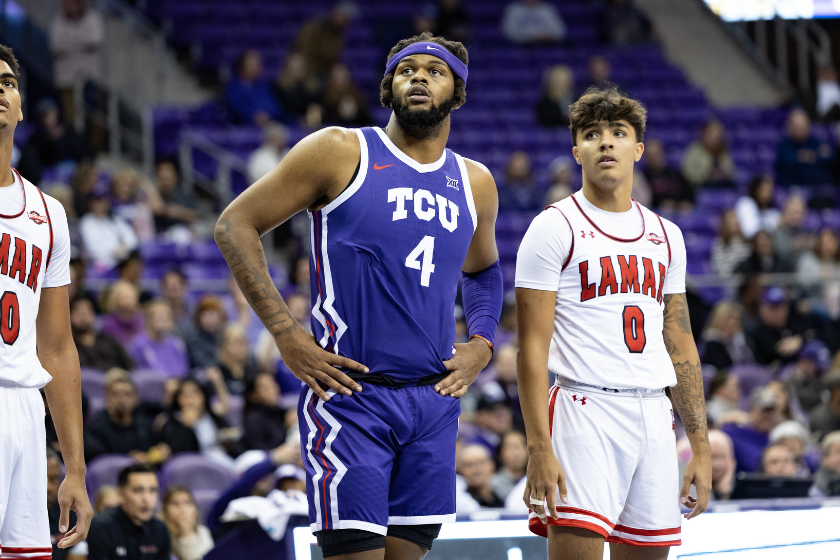 As far as preseason hype goes, I think most analysts had TCU in their top 25 power rankings. After all, the Horned Frogs reached the Round of 32 in 2022 and persuaded all five of their starters to return to Fort Worth for another year. Although it's far too early to assign a ceiling to the Horned Frogs, I think it's fair to say that their lackluster performances against Arkansas-Pine Bluff, Lamar and Northwestern State prove they don't deserve to have a ranking next to their name just yet.

They shot below 30% from deep in all three contests and didn't display enough offensive fluidity for my liking. Somehow, they found a way to hand losses to Arkansas-Pine Bluff and Lamar, but their perimeter shooting woes finally caught up to them in their third outing.

Many were under the impression that Northwestern State was going to be a "get right" game for Jamie Dixon's bunch. But the Horned Frogs connected on just two of their 21 three-point field-goal attempts and failed to execute on the final offensive possession of regulation. Granted, Mike Miles Jr. (TCU's best playmaker) didn't suit up due to a bone bruise, but that doesn't justify their inexplicable 64-63 loss to a team with less talent across the board. If the Horned Frogs find themselves on the bubble on Selection Sunday, this could be the loss that leads to their demise in the end. 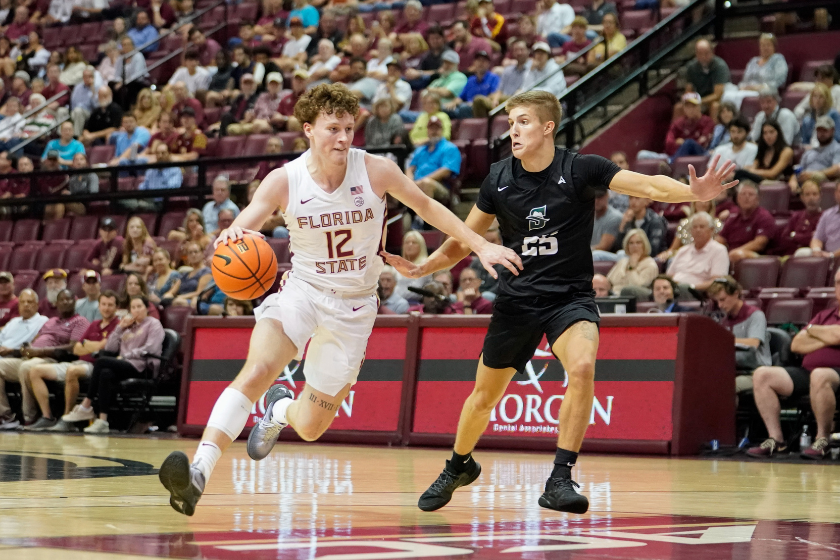 Florida State has some challenging non-conference games against Purdue, Virginia and St. John's this season, but surely they prevailed over Stetson and Troy in early November, right? Well, you're dead wrong, my friend, because the Seminoles dropped both home contests by 16 combined points. Against the Hatters, Leonard Hamilton and company seemed to believe that closing out late on the 6-foot-1 sharpshooter, Luke Brown, wouldn't hinder them from getting numerous stops on the defensive end. As a result of this foolishness, Brown lit the Seminoles up all night long from beyond the arc, as he netted seven 3-pointers in 11 tries and finished with 27 points in the Hatters' 83-74 victory.

Troy's 12-30 (40%) long-distance performance against Florida State suggests that the Seminoles' 3-point defense wasn't any better against the Trojans. To add insult to injury, the Seminoles surrendered the basketball 19 times and allowed the Trojans to convert on three of their last four offensive trips down the floor. When you're playing from behind for an extended period of time and continue to make mental mistakes, you might as well go ahead and pencil in a loss for your squad. 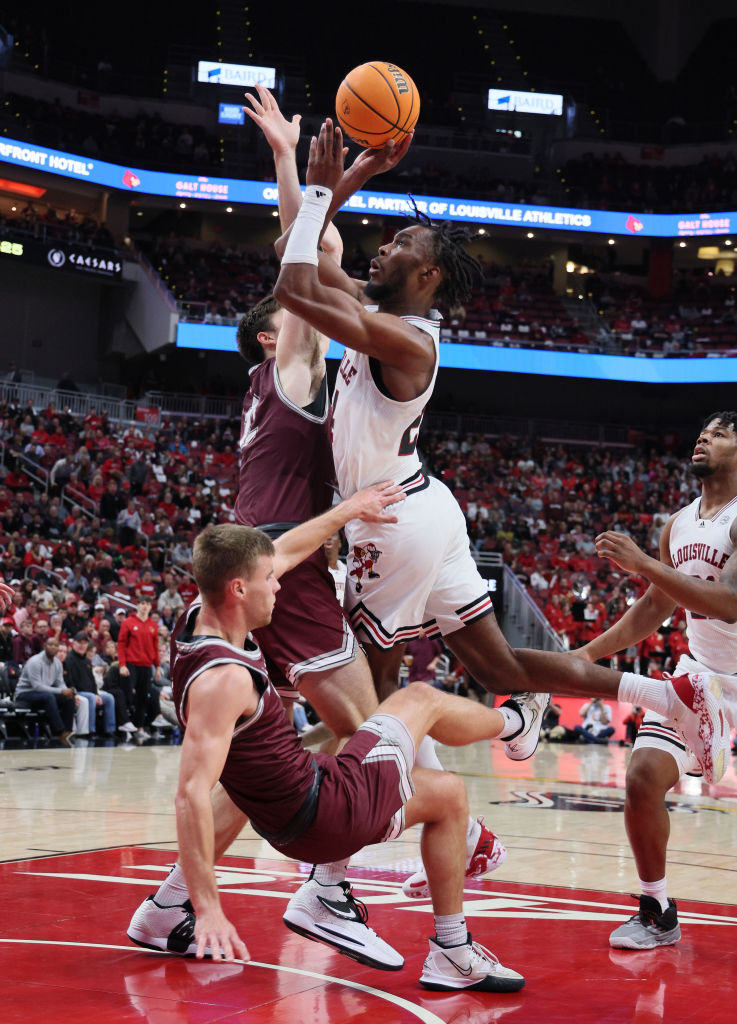 RELATED: L is for Louisville: The Cardinals Are in Deep Trouble, And They May Not Realize It

Kenny Payne's first season as Louisville's head coach hasn't gone as planned thus far, and things could get a whole lot uglier soon. The Cardinals had an opportunity to grab three -- three-confidence boosting wins -- before participating in the Maui Jim Maui Invitational, but elected to start the year with an 0-3 record instead. Bellarmine, Wright State and Appalachian State all collected victories inside the KFC Yum! Center to send Louisville into panic mode.

Right now, it's apparent that Louisville is offensively challenged, which explains why El Ellis has to take over games for the Cardinals to have any shot at winning. He's an exceptional 1-on-1 offensive player, especially when he pulls slow-footed defenders further away from the basket and gets busy, but there's no question that Louisville's offense is as one-dimensional as it gets at the moment (which makes them easier to defend for 40 minutes).

A team like Bellarmine, on the other hand, constantly sets off-ball screens and completes sharp cuts toward the rim to get defenses to shift on more than one occasion. Once they start wearing teams down possession after possession, they get outstanding looks from different areas on the floor. If Kenny Payne ever decides to take a page from the Knights' book, Louisville will finally be in business this season. Until that happens, the Cardinals will continue to be a predictable offensive group.