If you follow women's hoops, you may have seen photos circulating on Twitter of an abysmal ballroom basketball court setup in the Las Vegas hotel, The Mirage. If you haven't, you might be asking: What in the world does a ballroom at The Mirage have to do with a college basketball tournament?

The Las Vegas Strip hotel and casino hosted the tournament, and I guess they not only have no respect for the talented female athletes in the NCAA who took time away from their Thanksgiving holiday celebrations with their families, but they also have no clue what it takes to put together a tournament. For this planning team, slapping a court on a ballroom floor and throwing some folding chairs around the perimeter is sufficient for ranked NCAA teams and their athletes. 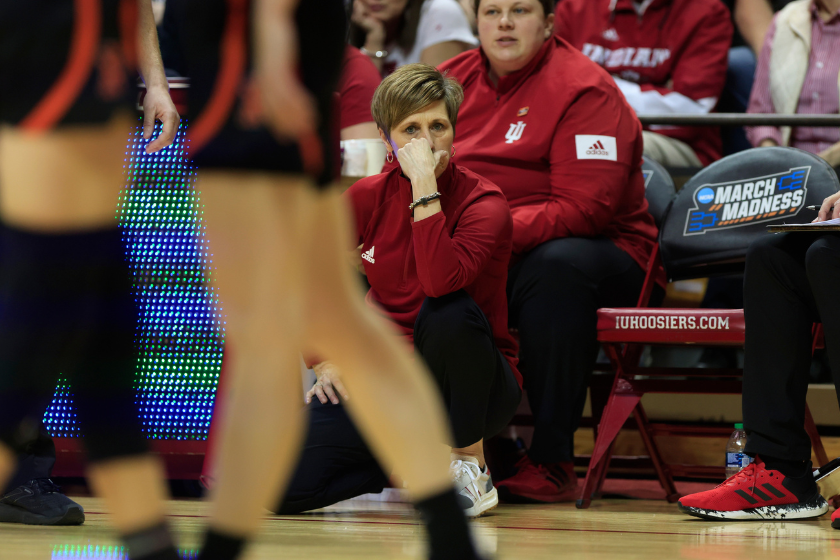 Can you imagine this happening to Gonzaga, the No. 6-ranked men's college basketball team, or to any of the other men's AP Top 25 teams? But the women's No. 6-ranked team, the Indiana Hoosiers, were promised one thing and instead given an abysmal setup not suitable for a ranked collegiate team or their fans.

Hoosiers coach Teri Moren was looking forward to showcasing her undefeated squad alongside other women's teams. This should have been a holiday weekend tourney celebrating some of the brightest players suiting up in the women's college hoops world. Instead, it was a complete disaster.

As reported by Big Ten Network's Meghan McKeown, players were asked to bring their room's hand towels with them to the court because there wouldn't be towels provided. Excuse me -- what? According to Moren, the site coordinator, Ryan Polk, did extend an apology. However, the Hoosiers and other teams who attended the tourney deserve more than a single apology from the site coordinator, because planning across the board was shockingly subpar.

"What was disappointing was the aesthetics; it's not a fan-friendly environment. As women's basketball coaches, we're trying to move our game forward. It felt like because [this] got so many ticks on social, that we had taken a couple steps backward. We have an obligation to grow our game, and we completely missed on this opportunity because you have a lot of really good teams that are here. I see all these other tournaments going on and footage of that, but this was a major miss."

Tip will be later than scheduled. Likely sometime between 6:15-6:30. Check us out on @WHCC105 and https://t.co/PNIlo97ABn. And oh yeah, the stream is free! #iuwbb pic.twitter.com/viqbnAZMAn

Not only was the setup embarrassingly sparse, but the infrastructure for player safety wasn't accounted for. Moren spoke to this: "I think any good tournament has EMT and all that, medical professionals, on site. And once again that wasn't the case. Another big miss for this tournament. There were a lot of things that should have been better, and they just weren't. I was very frustrated having to watch that moment for Auburn."

The Auburn game was forced to halt for nearly an hour after Tigers player Kharyssa Richardson was injured during a hard fall while fighting for a rebound. According to the Auburn radio broadcast, it took more than 40 minutes for paramedics to arrive at the court. In the meantime, Richardson laid on the court, covered by a blanket, just waiting.

It's insulting, dangerous and flat-out unacceptable to just forget to ensure medical personnel on-site for a tournament. It's shocking to imagine an injured collegiate basketball player being forced to wait for assistance to be evaluated and taken to a nearby hospital. There's an abundant need for EMTs at sporting events, and it's scary to think how badly this could have gone.

The egregious delay in medical attention left Moren wondering if she should allow her team to continue competing. "I discussed it with our staff. 'Do we feel like we are safe?'" Moren said. "I talked to my athletic director, and he wanted to make sure we all felt safe. The answer to that is yes. We all felt like we were in a safe environment." 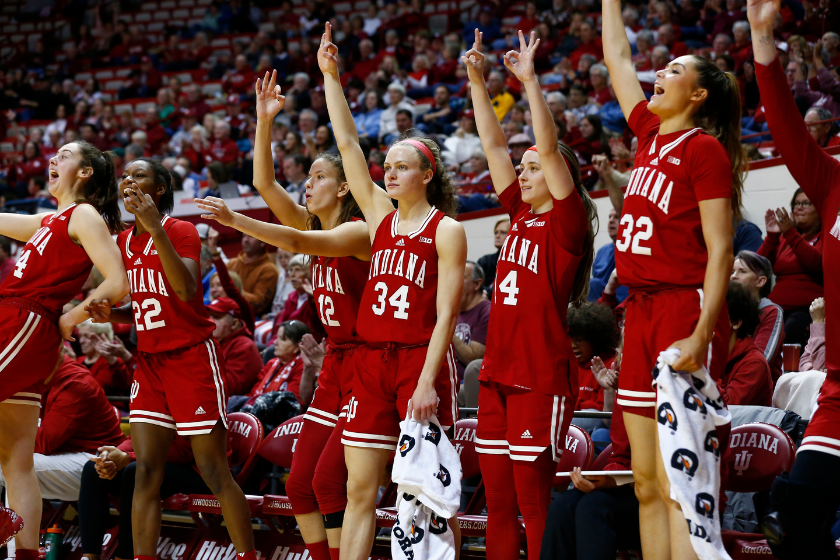 Bottom line: The women who participated in the Las Vegas Invitational deserved better. At the very least, they deserved to be medically protected and supported. That should be the absolute bare minimum. All parties involved in planning should be re-evaluated on their competency and abilities to provide collegiate athletes with adequate conditions. As women's basketball continues to grow in popularity and cultivate wider fanbases, this is not too much to ask. Sin City epically missed the mark -- and as the home of the reigning WNBA champions, the Las Vegas Aces, I hope it's utterly embarrassed.

MORE: The Cavinder Twins are the Blueprint for How Women's Sports Can Grow