Louisville, one of college basketball's historically more prominent programs, is off to a very slow start to the 2022-2023 season. And it's far from how coach Kenny Payne envisioned his first year kicking off.

But what's the problem? What's going on in Louisville?

A Rocky Start for the Red and White 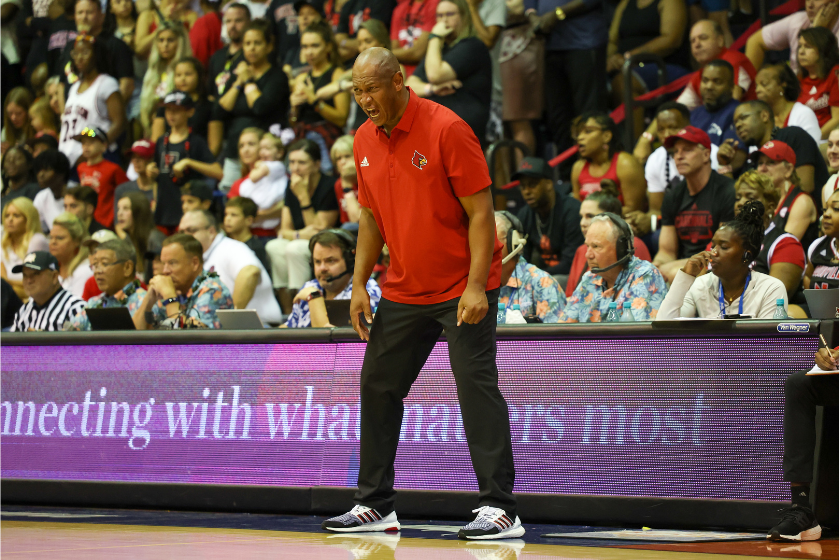 RELATED: What Happened to Kevin Ware After His Gruesome Injury Changed His Life?

The horrors started with an exhibition loss to Lenoir-Ryne, a D-II school out of Hickory, North Carolina. Now yes, it was just exhibition, but Lenoir-Ryne isn't a good team at all. Last year, they finished with a 10-18 record, ending the season with three straight losses. The loss actually ended a 39-game winning streak in exhibition play for the Cardinals. The nightmare in exhibition play continued against Chaminade, who Louisville only beat 80-73. The D-II program out of Honolulu was very much in it the entire game, leaving UL's win in doubt until the final buzzer.

Usually, schools schedule teams they know they are going to beat for exhibitions, so the Cardinals' performance against Lenoir-Ryne and Chaminade was incredibly concerning. In games that should've been just glorified scrimmages, where Louisville could see what kind of team they are, the country saw what kind of team they are not. The Cardinals shot horribly in both scrimmages: 29.2% against Lenoir-Ryne and 39% against Chaminade. Even worse, they got outplayed in the paint in both games, being outscored 62-44 under the basket.

Things haven't gotten any better for Louisville during the first three games of the season. As of mid-November, the Cardinals are 0-4, losing to Bellarmine (66-67), Wright St. (72-73), Appalachian St. (60-61) and Arkansas (54-80). Bellarmine, who won the Atlantic Sun Championship last year, fell to a 15-14 deficit to start the game, but after racking up 11 points in a row, they never looked back. Appalachian St. never trailed in their game either and had a 16-point lead at one point. The biggest dagger to the Cardinals' heart to start the season was being on the receiving end of a buzzer-beater shot by Wright State's Trey Calvin.

What is Going On with the Cardinals? 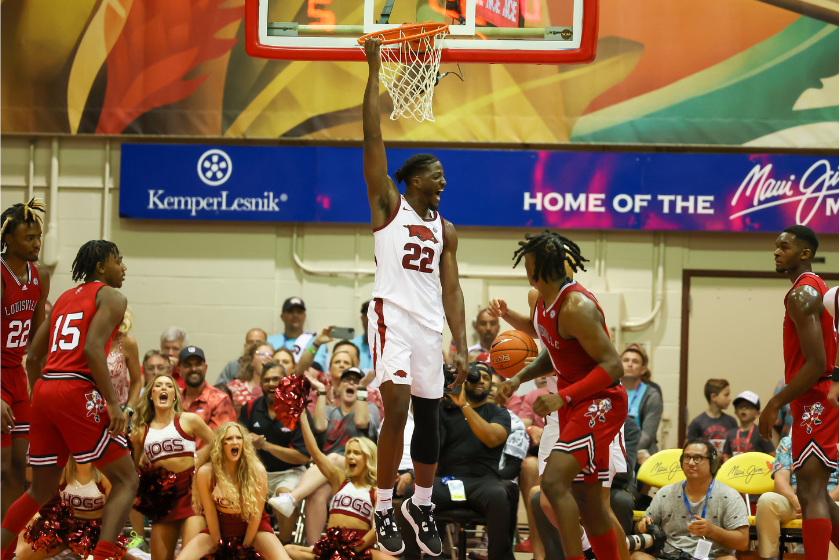 We knew Louisville was in a transition period -- some were even considering this year a rebuilding period for the Cardinals. Louisville went 13-19 in 2021-2022, firing Chris Mack in the middle of the season. Kenny Payne was hired to take the helm of the Cardinals this year, and many were excited. Payne played for Louisville from 1985-1989, winning a national championship his freshman year. It was believed that his success as a player for Louisville would help bring them back to their winning ways. But clearly, that has not been the case. In fact, Louisville might be on its way to one of the worst seasons in program history.

Did the sanctions levied against them to start the year cause a distraction? Doubtful. They weren't even a slap on the wrist. A $5,000 fine and a two-week ban on unofficial visits from recruits is nothing. And the two-year probation won't be an issue, especially if they keep losing to these smaller programs.

It can't be lack of experience because three out of the five starters are upperclassman. It can't be lack of talent, as El Ellis is a great ballhandler and scorer, and currently leads the team with 20.8 points per game. So what is it?

Well, Coach Payne seems to think is comes down to practice. We talking about practice, really, practice? Yes, Allen Iverson. We are. After the game against Appalachian St., Payne said "You can't play games and expect to win and have bad practices."

The lack of efficient and fruitful practices could explain why Louisville seems out of sorts on both ends of the ball. They have a massive turnover problem, with an assist-to-turnover ratio of 27 to 50. Fifty turnovers in just three games is absurd. And it's clear the heart is not there right now. Players are just standing around the perimeter with little to no movement off the ball. The energy and effort are not what fans are used to with the Louisville Cardinals.

Can Payne turn this around and get his players to step up?

At this point, very unlikely. Their trip to Maui was anything but a beach vacation. It felt like they didn't even show up, losing all three games and finishing dead last in the Maui Jim Maui Invitational. The lowest point of the early season so far was against Texas Tech, losing 70-38. It was the fewest points scored in over 50 years for the Cardinals. Five minutes into the 2nd half, they had only scored 18 points. They also proceeded to lose to Cincinnati and Arkansas.

38 are the fewest points scored by a Louisville team in the last 50 years (the previous low was 42 against Cincinnati in 1981) pic.twitter.com/CMxl96Sfmo

The Cardinal's schedule doesn't get any easier, playing Maryland in the ACC/Big 10 challenge on Tuesday and Kentucky on New Years' Eve, before jumping into ACC play. This could very well end in an incredibly ugly season for Louisville.