It's only November and college basketball is already firing on all cylinders.

But despite the lack of fans in the stands, it sure feels a lot like March with this half-court buzzer beater from Eastern Kentucky's Cooper Robb. 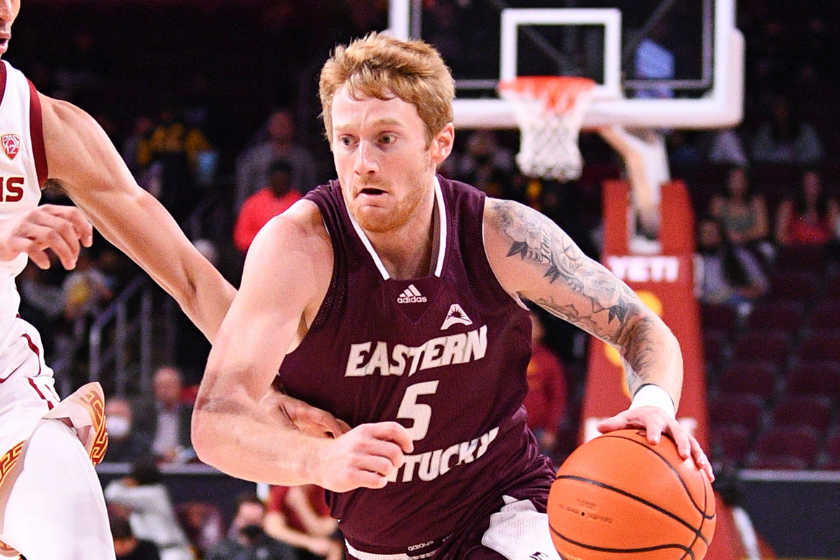 Up 61-59 with 5.4 seconds left, all Georgia St. guard Dwon Odom had to do was sink his second attempt at a free throw to go up three. He didn't. What ensues is a little bit of chaos, as no one gets the rebound right away. After a couple of tips, Robb secures the ball and starts running up the court. He remains fairly unguarded to the half-court line and heaves up a prayer -- a prayer that was answered for the Colonels.

It had been an awful shooting day for Eastern Kentucky, only shooting 39% at the time. They trailed by as much as 20 points at one point and were down at halftime 43-28. Robb was having an even worse shooting day. Shooting 1 for 9 on the floor and 0 for 4 behind the arc before heaving the last-second shot to win the game. He finished the game with seven points.

Eastern Kentucky is definitely not one to shy away from shooting the three. In fact, they love it. Last year they were third in the nation with three-point attempts, attempting 1,029 shots from behind the arc. Only Furman and VMI attempted more.

Cooper Robb is a senior guard who transferred from UNC Charlotte in 2020. Last year he averaged 9.6 points per game. Currently, he is shooting 40.7% from behind the arc, with this one from half-court being the biggest one of his collegiate career.

.@CooperRobb1 from half court for the WIN!

It was a phenomenal way to start the weekend for the Colonels, who were playing in the Capital Classic, hosted by Georgia St. However, the high from the buzzer-beater didn't last, as Eastern Kentucky lost to Texas AM-Commerce 75-61.