Some coaches may not want to accept reality at the moment, but just about every fan understands that Division I head coaching seats tend to heat up after lackluster seasons. First and second-year coaches typically receive more time to turn their programs around, but many athletic directors start to lose patience once year four or five is in the books.

Sometimes, an NCAA Tournament appearance during the following season will suffice, but in other cases, a deep run in the Big Dance is required if a coach wishes to retain his position. Essentially, even if the expectations aren't ridiculously high, it's critically important for coaches on the hot seat to win games when their respective teams take the court again in the fall.

So, instead of waiting until October to discuss this topic in great detail, I think we should start taking an in-depth look at five coaches who should feel pressured to succeed this upcoming season. 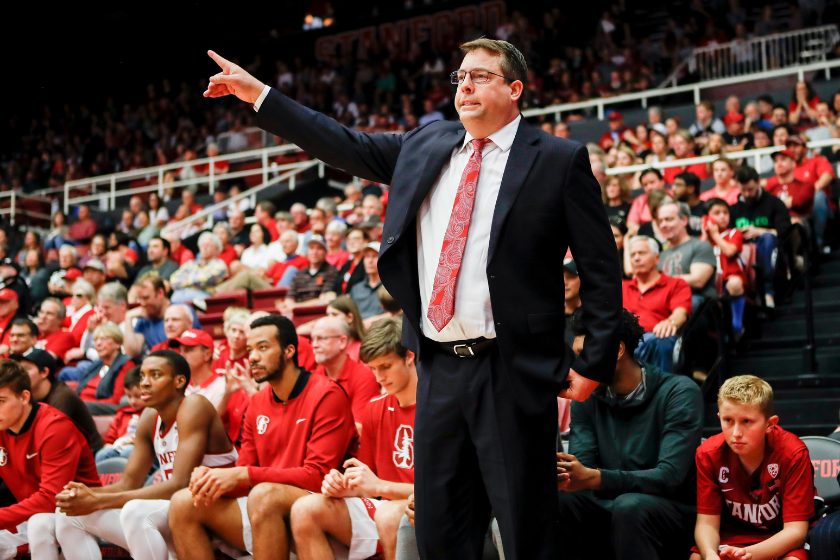 Although Johnny Dawkins' tenure at Stanford (2008-2016) was a major disappointment, the current Central Florida head coach can take pride in knowing that he led the Cardinal to the Sweet 16 and captured two NIT titles as Stanford's head coach. Why did I feel the need to make that point? Well, Jerod Hasse recently concluded his sixth season at Stanford, and I'm sure that many Cardinal fans would inform you that there isn't a ton of excitement surrounding the program right now.

When you've only enjoyed three winning seasons and reached the postseason once in six years (NIT in 2018), you should expect your seat to be hot entering year seven. In terms of recruiting, Haase has reeled in some intriguing four-star prospects over the years (Reid Travis, KZ Okpala and Tyrell Terry for instance) and even a five-star one-and-done prospect in Ziaire Williams, but it's been challenging for him to build competitive teams that are worthy of participating in March Madness.

Judging by the fact that the Cardinal have been moving in the wrong direction since their 20-12 finish in 2019-20, it doesn't look like Haase is in the process of turning things around at Stanford anytime soon. According to 247Sports, Stanford's 2023 recruiting class is ranked in the top 50, but Haase may already be out of the door by then if this upcoming season turns out to be a massive letdown. 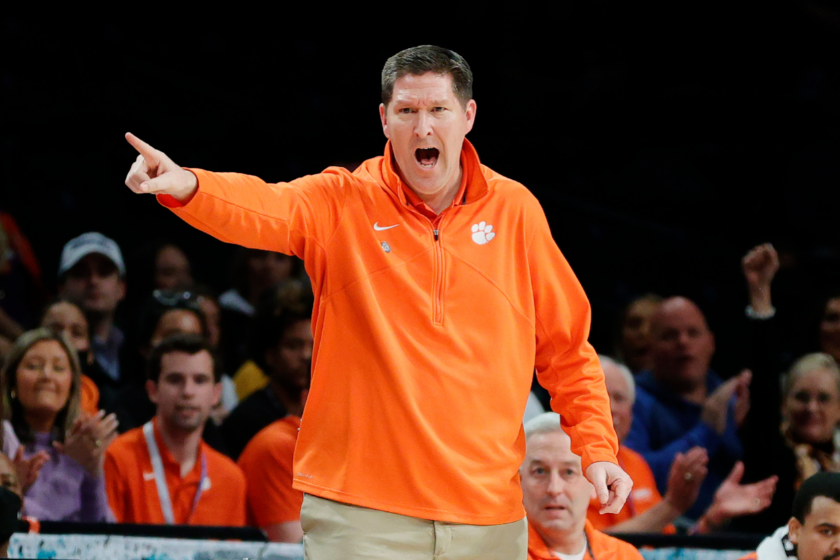 Brad Brownell's first season with Clemson consisted of 20 regular season wins, one ACC Tournament win and a victory in the first four/opening round of the NCAA Tournament. During the 11 seasons that followed, however, Brownell made it clear that consistency was going to be an issue for him in South Carolina.

The Tigers missed out on the NCAA Tournament for six straight years before reaching the Sweet 16 in 2018. The 2018-19 season was filled with agony, as Brownell's crew dropped several winnable contests in the final few seconds (NC State twice, North Carolina, Miami, Louisville and Nebraska). Brownell and the Tigers carried over their mediocrity into 2019-20, which is why they don't have the ability to say that the premature cancellation of the season destroyed their at-large NCAA Tournament hopes (they finished with a 16-15 overall record).

Surprisingly, the Tigers performed well during the "COVID year" and were rewarded with a No. 7 seed in the Big Dance. After falling to Rutgers in the Round of 64, Clemson returned to their average ways in 2021-22 and finished with just 17 wins in 33 total games. I'm aware that I'm not the athletic director at Clemson, but I have a feeling that the Tigers will need to win a few games in the 2023 NCAA Tournament if Brownell wants to feel good about his job security moving forward. They'll probably have to find a way to accomplish that goal without their top scorer from last season, PJ Hall, who injured his knee in the summer. In 2021, Brownell's contract was extended through the 2025-26 season, but if the school has to buy him out in order for the up-and-down roller coaster to end at Clemson, I don't think they'll hesitate to do so. 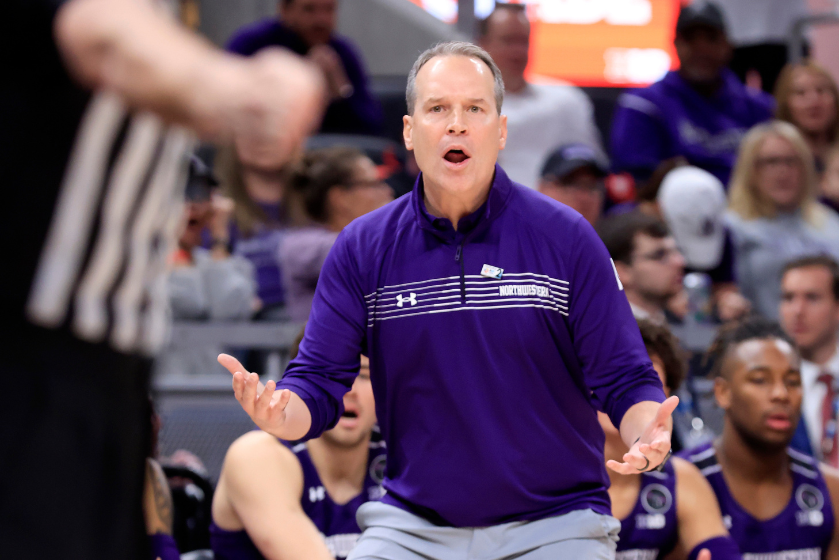 Others may try to tell you differently, but I firmly believe that making Northwestern history is both a blessing and a curse for Chris Collins. It's great that the Wildcats' lone NCAA Tournament appearance/win occurred during Collins' fourth season with the program, but it would be reasonable to assume that the school and fanbase have been yearning for more success since 2017.

When you give your faithful supporters a taste of what it's like to triumph at the highest level, you shouldn't be shocked when you catch some flak for failing to replicate that success during the next couple of seasons. Heck, forget about the NCAA Tournament for a second, the Wildcats' streak of finishing with a sub .500 overall record was extended to five years after Iowa manhandled them in the 2022 Big Ten Tournament, which is why I think that Collins' time in Illinois is starting to run out. Going into the 2022-23 season, Northwestern will be without their leading-scorer from a season ago (Pete Nance), so the Wildcats will have to lean heavily on Boo Buie and Chase Audige on the offensive end. Collins' current contract runs through the 2024-25 season, but if another losing season dooms the Wildcats, Collins may have to start looking for a new college basketball home sooner than he expected to. 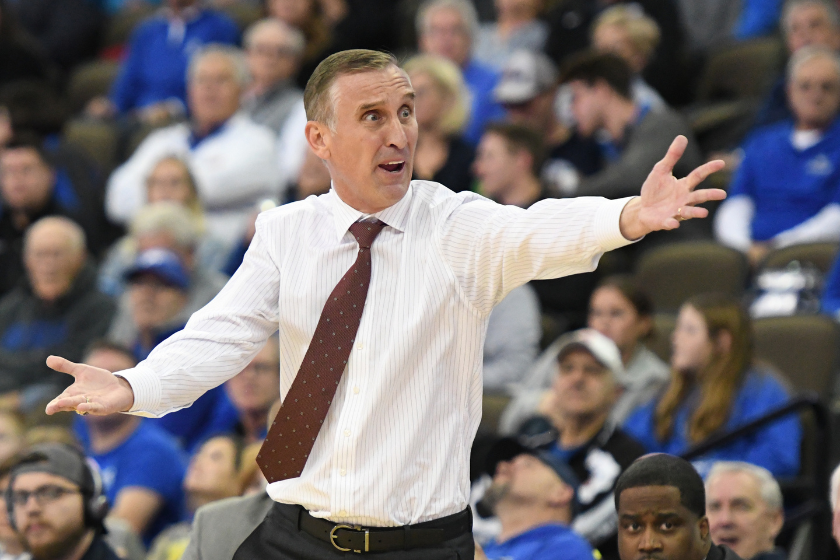 Bobby Hurley's first two seasons at Arizona State were below average, but the following two seasons featured 20-plus wins and back-to-back NCAA Tournament berths. Despite two early exits in the Big Dance, the Sun Devils' program appeared to be in good hands under Hurley's leadership. Of course, no one got an opportunity to compete in March Madness in 2019-20, but Hurley put together another 20-win season and probably would have gone dancing again if the Sun Devils had recorded at least one victory in a COVID-less Pac 12 Tournament.

The 2020-21 Arizona State team was loaded with talent, as Hurley signed two high-level prospects (Josh Christopher and Marcus Bagley) and convinced Remy Martin and Alonzo Verge Jr. to stick around for another season. Sadly, injuries and an unnecessary amount of 1-on-1 basketball plagued the Hurley-led Sun Devils in the end. The 2021-22 team fought hard on a nightly basis and even rattled off four straight wins between February 24th and March 5th, but they simply weren't good enough to make any serious noise in the Pac 12.

So, we're gearing up for Hurley's 8th season with the Sun Devils and like Herb Sendek, who coached at Arizona State for nine years, the former Duke guard only has two NCAA Tournament trips to show for his time in Tempe. Sendek was fired after year 9, so it wouldn't be foolish to state that Hurley has a pivotal season ahead of him. Hurley only has two years remaining on his contract, so if he takes another step back in 2022-23, his future with the program could be in jeopardy. 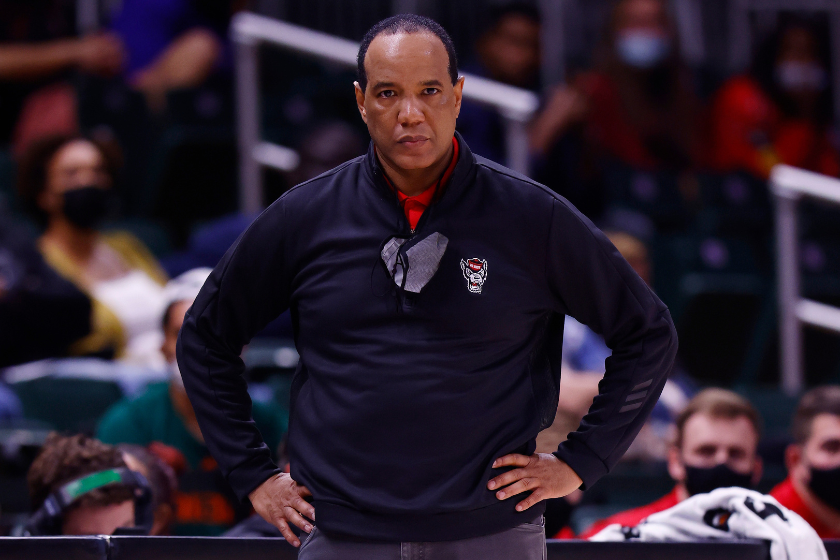 Kevin Keatts was brought in to take over for Mark Gottfried at NC State in 2017, and he racked up plenty of quality victories in year one. The Wolfpack knocked off five top-25 opponents and finished fifth in the ACC standings. They didn't win a game in the ACC Tournament, but their overall body of work was too impressive for the Division I Men's Basketball Committee to leave them out of the main event in March. Although they fell to Seton Hall in the first round, there's no doubt that Keatts gave Wolfpack fans hope for the future. He accumulated 44 wins and suffered just 24 losses during the next two seasons, but things started to go downhill for Keatts and the Wolfpack in 2020. They were eliminated in the second round of the NIT and secured just nine wins in conference play. In 2021, the Wolfpack didn't take advantage of an astonishingly weak ACC and wound up finishing in the bottom half of the league, which frustrated individuals who monitored the season closely.

Dereon Seabron (leading scorer) and Jericole Hellems (third-leading scorer) have already moved on to the professional level, so Keatts will need to make it happen in 2022-23 while dealing with some significant roster changes. Terquavion Smith is definitely a name to keep an eye on throughout the year, considering that he averaged 16.3 points per game as a freshman. Although Keatts' contract isn't set to expire until 2026, he will need to demonstrate that he is indeed the right man for the job if he wants to keep calling the shots in Raleigh.