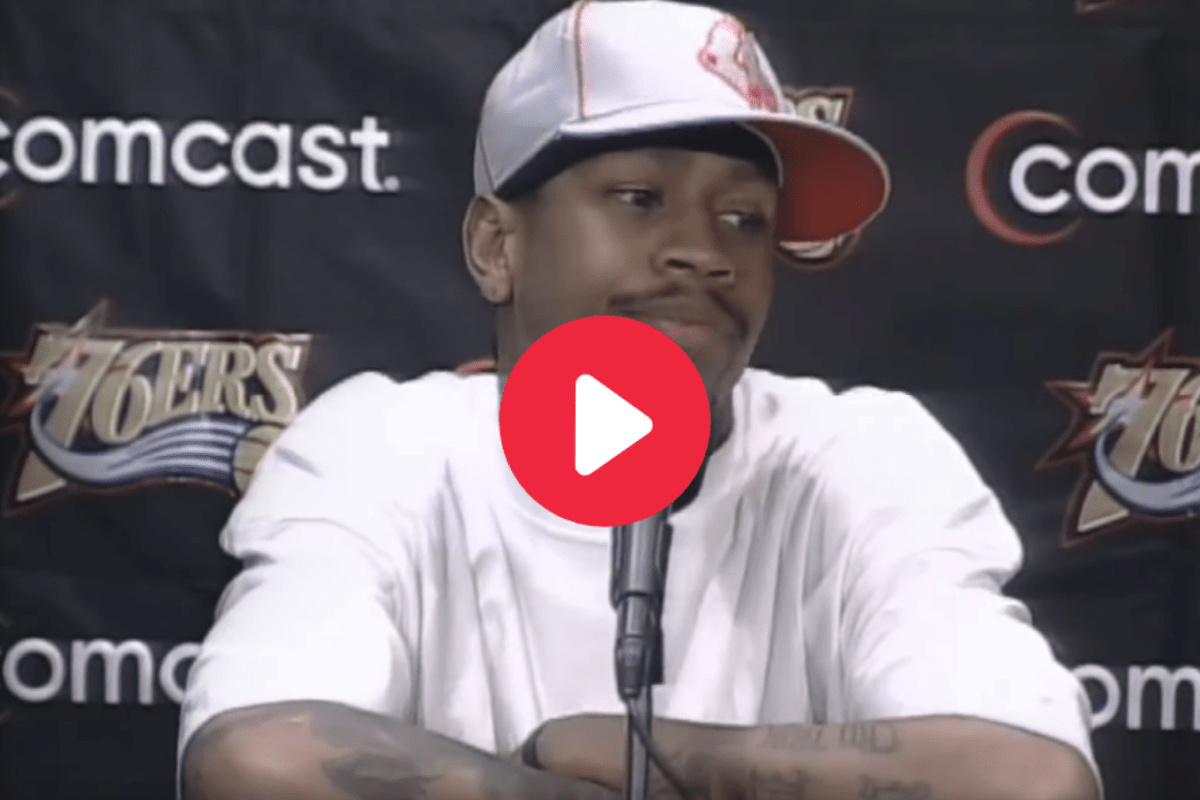 What are we talking about? That’s right, practice.

The iconic Allen Iverson practice rant turns 19 this year, and we’re still avoiding talking about the actual game. While the world remembers the his “talkin’ bout practice” press conference, the context seems to be lost amongst the 22 uses of the word now most commonly associated with the Hall of Fame inductee.

The 2001-02 season was a disappointment for the Philadelphia 76ers, to say the least.

Coming off an MVP, scoring title, and an NBA Finals loss to the Los Angeles Lakers, Iverson and the Sixers snuck into the playoffs with a 43-39 record before getting bounced by the Boston Celtics in the first round.

Hampered by injuries throughout the year, Iverson still repeated as scoring champion by averaging 31.4 points per game.

Despite performing well on the court, Iverson clashed with head coach Larry Brown. Brown was hard-nosed with an old-school attitude. Iverson was defiant and independent. The tension was at an all-time high when the infamous news conference took place and questions were raised about Iverson’s effort in, you guessed it, practice.

Talks of Iverson’s tenure in Philadelphia coming to an end surfaced as trade rumors circulated around the league.

The 11-time NBA All-Star reached his boiling point as reporters kept pestering about his practice habits, and so the rant began. The Sixers’ guard went on about how other franchise players don’t have to deal with the type of criticism he faces.

This condemnation, combined with the death of Iverson’s best friend that loomed over him all season, stirred a mixture of emotions that serve as the foundation for his stern response.

The rant is a pillar in Iverson’s legacy and reminds us that he was a walking ESPN highlight and entertaining quote.

From his nasty crossover of Michael Jordan, to competing against a young LeBron James and the Cleveland Cavaliers, to his on-court decimation of Ty Lue, the Hall of Famer had an unparalleled swagger and attitude t hat made him one of the most beloved athletes in the Philly’s history, regardless of MLB, NHL, NFL MLB, or NBA affiliation.

MORE: Allen Iverson’s Net Worth: How “The Answer” Secured a Huge Lifetime Deal