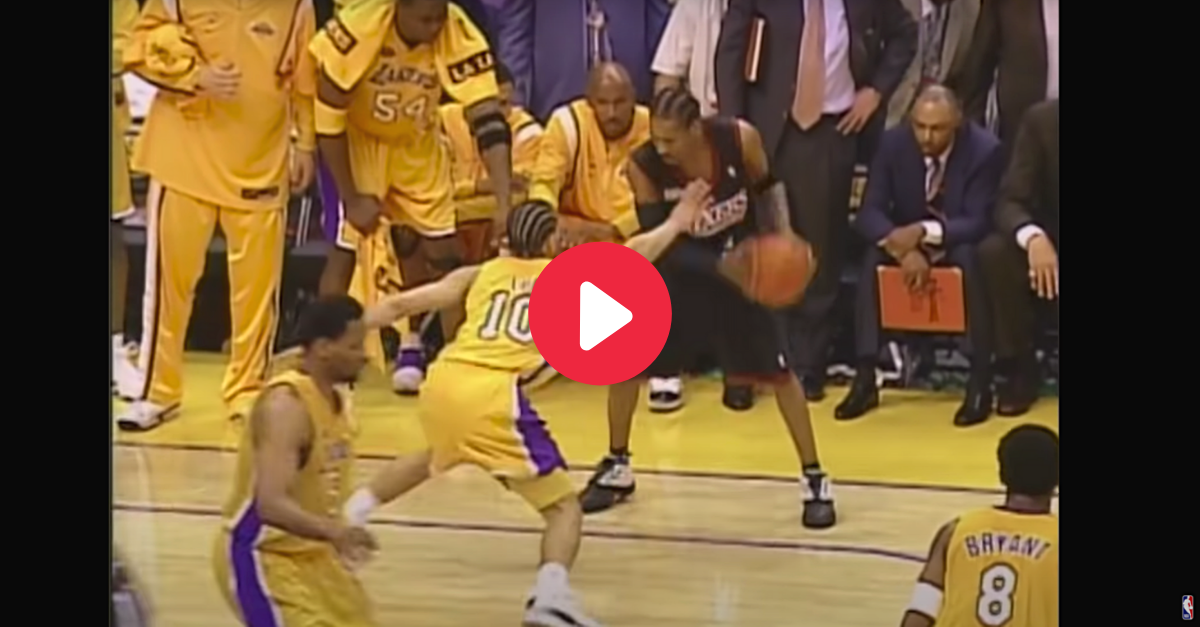 Hakeem Olajuwon has the dream shake. Kareem Abdul-Jabbar has the skyhook. Kobe Bryant has the double-teamed, turnaround jumper. Stephen Curry has the three. Paul Pierce has the miraculous comebacks from injuries.

Allen Iverson has the crossover.

The Philadelphia 76ers point guard wowed basketball fans with his signature move. Legend has it Iverson’s killer crossover incited the first “ohhhs” from the crowd whenever a defender swapped their sneakers for skates. He put the best of them on ice.

The Answer was eager to face Michael Jordan during his rookie season.

In their third matchup of the year, Iverson received a handoff on the wing, and MJ switched onto him. AI sized him up at the top of the key. The Philly crowd cheered in anticipation.

One sweeping dribble, Jordan hangs. A little right-to-left between-the-legs to reset. The Chicago Bulls’ guard buckles his feet; Iverson sees his chance. He whips the ball from left to right and leaves MJ flustered. AI pulls up at the elbow and nails a jumper.

Overheard in Bulls’ locker room after the game:

“He got me,” Jordan said of Iverson’s move. “That f***king Iverson crossed me.”

Jordan then said he added Iverson to the list of players he wants to demolish next time they play.

Iverson’s killer crossover carried a team whose second-best player was Theo Ratliff all the way to the 2001 NBA Finals. Between AI and LeBron James in 2007, it’s difficult to decide who took a more cringe team to the championship round. My face scrunches up as I go further down each roster.

The 11-time All-Star had his work cut out for him against Shaq, Kobe, and the Los Angeles Lakers. LA was the defending champion; AI was the MVP. He worked the Lakers for 48 points in Game 1 and took home a win along with Tyronn Lue’s soul.

AI worked Lue on the baseline, jabbed, dribbled, stepped back, and hit a jumper with less than a minute left in overtime to upset the Lakers. In Lue’s defense, he played tight D on Iverson up until that point. Iverson dropped 38 points through 2.5 quarters. It looked like LA didn’t have anything to slow the answer down, but Laker’s head coach Phil Jackson put Lue on AI and held him to three points for the rest of the game. Iverson heated up again in overtime and Lue forever became an NBA meme. The Sixers lost the next four games.

AI juked defenders out of their socks on the way to the Basketball Hall of Fame. We ain’t talkin’ about an in-and-out. Not a behind-the-back; not a spin-move. We’re talkin’ about a crossover. Boy was AI’s crisp.

MORE: Fall From Grace: What Happened to Sebastian Telfair?