It was just a year ago that Gonzaga forward Drew Timme was breaking the internet because of his facial hair.

While he was putting up big numbers on the court in the NCAA Tournament -- 30 points against Oklahoma, 22 against Creighton, 23 against USC, 25 against UCLA and 12 in the national championship game against Baylor -- it was his handlebar mustache that was drawing all the attention.

He was compared to White Goodman from "Dodgeball." MLB legend Rollie Fingers had nothing on him. Even the great Wyatt Earp could hardly believe what he was seeing from his grave.

It was one of the most talked-about and most memed parts of the 2021 NCAA Tournament. He's back sporting it again as the Zags vie for another championship berth in the 2022 NCAA Tournament, and this time he's making money off his lip toupée.

Why Does Drew Timme Sport A Mustache? 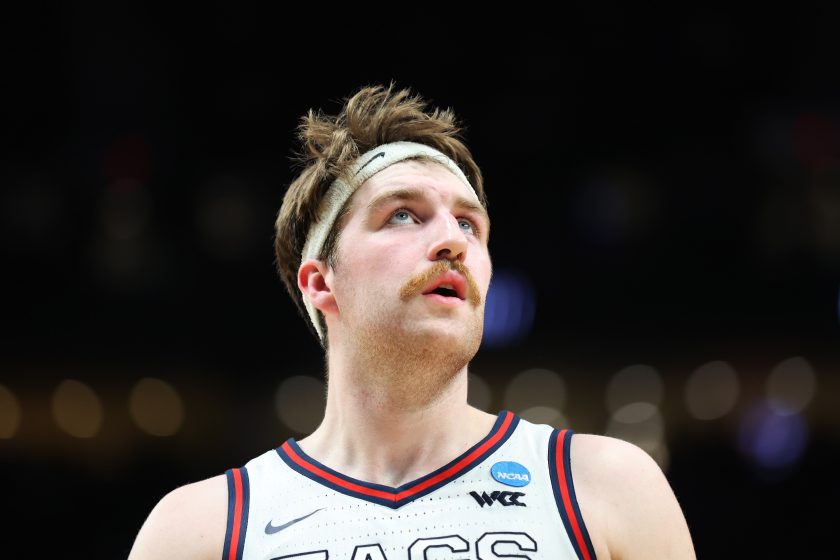 Whether it's a handlebar or a good ole Ron Swanson 'stache, Timme is constantly mixing up his facial hair looks.

Why does he do it, though?

NBA star Dwyane Wade asked Timme, and the reason is simple: it's funny. But also, he plays well when his upper lip is warm. According to teammate Andrew Nembhard, per Mid Major Madness: "Every time he has that 'stache he's been playing well, so I'm all for the 'stache. He's that type of person."

Gonzaga will win the championship solely because they have the guy from Dodgeball. pic.twitter.com/lkFuMx0gc7

Timme has said in interviews that he's been donning it since high school. His favorite famous mustaches? White Goodman, Guy Fieri, Wilt Chamberlain and Larry Bird.

How Much is Drew Timme's Mustache Worth?

When the 2022 NCAA Men's Basketball Tournament rolled around, Timme announced just in time for March Madness that he was partnering with Dollar Shave Club on a name, image and likeness deal.

The company introduced the Gonzaga Bulldogs star as a "chin-fluencer" and even gave the mustache its own persona.

It's unclear exactly how much Dollar Shave Club is paying Timme, but it wouldn't be all that crazy to estimate it in the range of hundreds of thousands of dollars to as much as $1 million given some of the crazy NIL deals given out in college sports.

There's no doubt about it: Gonzaga's Drew Timme is cashing in on the 'stache. He also has a deal with Goli Nutrition and his own line of merchandise. 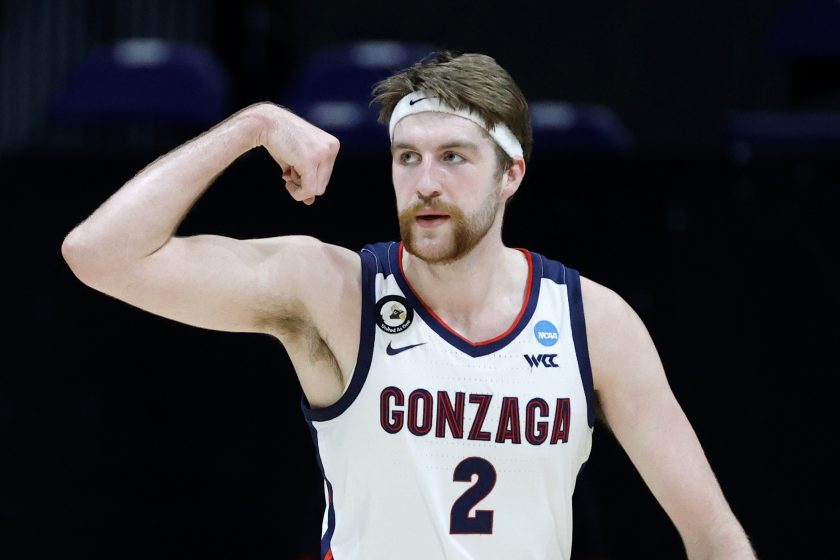 "It's been great. It's opened a lot of doors for me," Timme told USA Today Sports about his NIL deals. "It showed me the real world a little bit. I've learned more about life this year from NIL than I had otherwise in college. I'm learning how businesses work and taxes and being financially responsible. Things that seem pretty basic turn out to be more complicated than you would think."

Timme may have began his time in Spokane as an unknown player, but he's blossomed into a full-fledged college basketball star making money off his dashing mustache. All that's left is for this furry-faced rebound expert to help bring home a national championship.