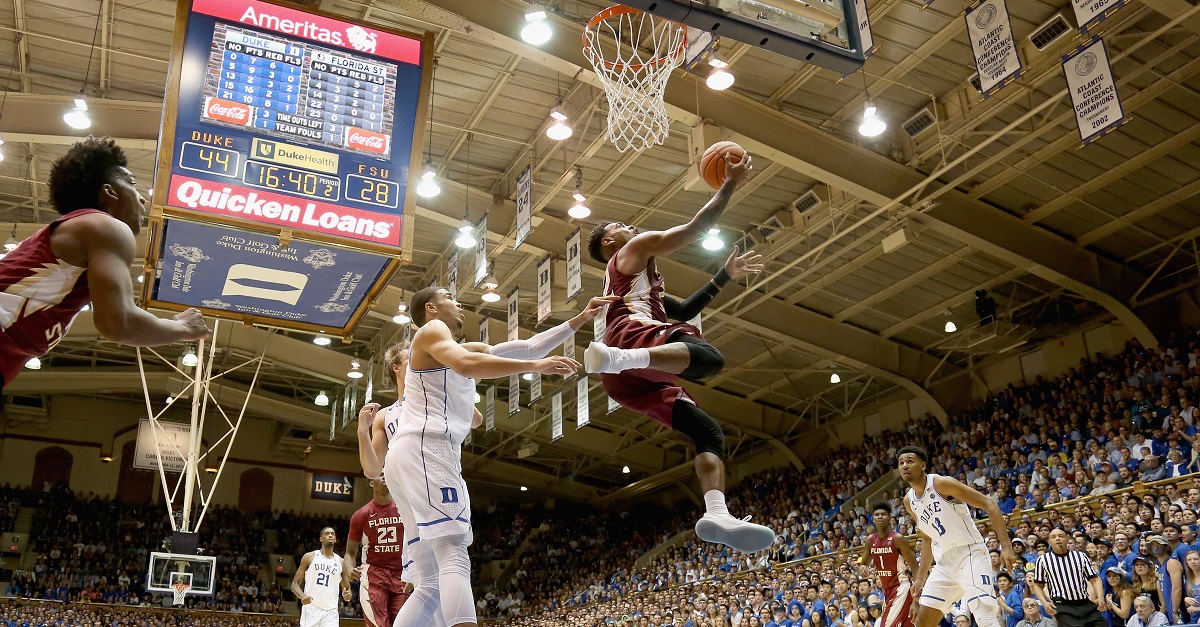 After finishing the regular season in the middle of the ACC last season, the Florida State men’s basketball team made a run in the NCAA Tournament into the Elite Eight. With such a great run to end the season, and most of their key players returning, the Seminoles are looking to prove why they are receiving such preseason hype.

Of the top 10 scoring players from last season’s conference tournament, seven return for the 2018-19 campaign. Braian Angola-Rodas, the team’s third leading scorer and CJ Walker, who was fourth in scoring, are the top losses from last year. Angola-Rodas now plays for the Orlando Magic in the NBA, while Walker was granted his release to transfer.

The ‘Noles’ advantage last season that helped make the tournament run possible was their ability to spread the ball around. In the four tourney games, there was a different leading scorer in each game. Mfiondu Kabengele led in their opener against Missouri with 14, Angola-Rodas had 15 to beat the one-seed Xavier, Mann had 18 to knock off Gonzaga, and Cofer had 16 in the loss to Michigan.

While losing Angola-Rodas could hurt the FSU team, there is more than enough returning talent to improve. This team showed just how good they are at their best during the tournament. Though the ACC is always stacked and tough to compete in, finishing eighth seems like a letdown compared to how they finished the year, almost making it to the Final Four.

What a great season and good luck to you guys. Hope for a phenomenal future in basketball or not. Together we Are #fsustrong #goseniors #gonoles 🍢🏀💯

Many of the teams who finished close to Florida State lost top players and there is an opportunity to take advantage of their leadership experience to move up in the standings. The likelihood of finishing in the top three or four might be a long shot, but there is some space to move up into the top six spots in the ACC. Louisville, Virginia Tech, NC State, and Miami each lost at least one of their top players.

For Florida State to improve as a team, they need to use their experience to their advantage over many other teams in the conference relying on younger players. And since the Seminoles didn’t bring in any new talent like a highly-touted recruit or grad-transfer, they need the guys they already had to make improvements.

The Player to Watch: M.J. Walker

Through the season, M.J. Walker averaged just seven points along with just one rebound and one assist, but he flashed his ability to score throughout the season. Against Colorado State, he scored 22 points in just 27 minutes. He had a season-high 24 points and six rebounds against Virginia Tech. M.J. Walker led the team in scoring (three times) more often than CJ Walker did (two).

Fans didn’t get to see the team for the first time this season due to Hurricane Michael. The Garnet and Gold Scrimmage scheduled for Oct. 14 was canceled before Michael made landfall on Florida’s Panhandle. However, there will be two opportunities to see the team suit up before the season-opener.

They host the University of West Florida on Oct. 26 at 6:00 p.m. and Valdosta State University on Nov. 1 at 7:00 p.m.  Both exhibition games will take place at the Donald L. Tucker Center.