Some people weren't huge fans of the hire, but coach Hubert Davis has shown the world that the North Carolina men's basketball program is in good hands under his leadership. In his first season as UNC's head basketball coach, the man in charge has guided the Tar Heels to their 21st Final Four appearance in the University of North Carolina basketball history.

Davis and company had to knock off Marquette, Baylor, UCLA and Saint Peter's in order to secure the East Regional crown in Philadelphia and punch their ticket to New Orleans. They'll face off against their archrival (Duke) in the Final Four for the first time in NCAA Tournament history. While we wait for that historic March Madness matchup to take place, let's explore Hubert Davis' career at UNC as a player and coach.

Hubert Davis' Playing Career at Chapel Hill and in the NBA 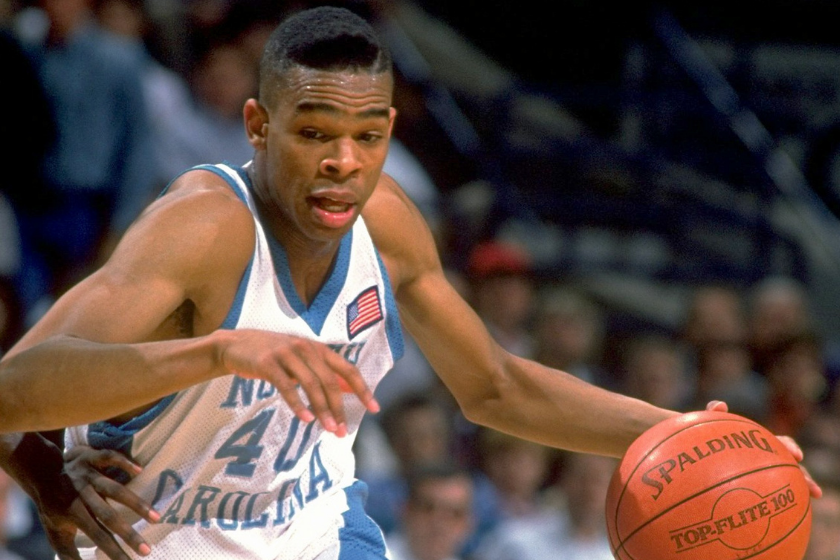 After playing his high school years as a Lake Braddock Secondary School Bruin in Burke, Virginia, Davis elected to take his talents to Chapel Hill and play for Dean Smith's UNC squad in the ACC. Davis, whose uncle Walter Davis also played for Coach Smith, notched 1,615 total points in 137 games as a Tar Heel and was named to the All-ACC second team as a senior as he helped the program advance to the Final Four in 1991, losing to Kansas in the Semifinals. Interestingly, that 1991 Tar Heels team narrowly missed a chance to play Mike Krzyzewski's 1991 Duke Blue Devils in the Championship game. Davis would end his collegiate career with an outstanding 43.5 percent three-point percentage, which is still a UNC basketball record in 2022.

Davis will always be known as a player who didn't hesitate to put up big numbers in a UNC uniform, as he scored in double figures in 58 percent of his college games. Once the 1991-92 season came to a close, Davis turned his attention to the 1992 NBA Draft and was selected by the New York Knicks in the first round (20th pick). After playing for the Knicks and various other NBA organizations during his 12-year professional career (Toronto Raptors, Dallas Mavericks, Washington Wizards, Detroit Pistons and New Jersey Nets), Davis retired in 2004 with 5,583 total points, 728 made three-point baskets and a 44.1 percent three-point percentage. While he never managed to hoist the Larry O'Brien Championship Trophy or play in an All-Star Game, he did help the Knicks reach the NBA Finals in 1994, by beating the Bulls in the Eastern Conference Finals thanks to some clutch free throws and taking a stacked Houston Rockets team to seven games before falling to the world champions.

Davis' Coaching Career Began as an Assistant at UNC 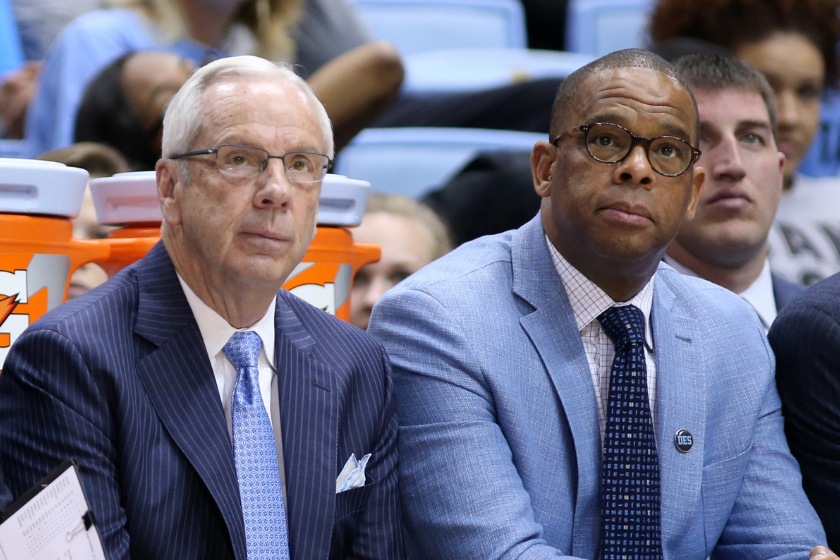 In 2012, Davis began his coaching career as an assistant coach on Roy Williams' staff at UNC. He must've been thrilled when the Tar Heels won a national championship in 2017, because he came close to achieving this goal as a player, but was never on a team that was fortunate enough to win all six of their NCAA Tournament games.

After Roy Williams announced his retirement on April 1st, 2021, the Tar Heels decided to promote Davis just four days later, making him the first African-American head coach in UNC history. After suffering two demoralizing losses at the Hall of Fame Tip-Off Tournament earlier this season, Davis helped the Tar Heels win their next five contests, including their ACC opener against Georgia Tech on December 5th. Questions surrounding Davis' ability to lead a high-level program like UNC arose following the Tar Heels' embarrassing losses to Miami and Wake Forest on the road in January. Now, I'm all for criticizing a coach who is struggling to get his team into the win column during conference play, but I'm also a big believer in giving a coach ample time to figure things out as he goes.

Sadly, we live in a world where individuals are often counted out before they're able to prove their worth, which is why many people jumped to the conclusion that Davis wasn't the right man for the UNC job after that brutal two-game stretch. Davis clearly heard the noise and was determined to prove all his doubters wrong, because that turned out to be the last losing streak that the Tar Heels experienced during the regular season. They won 11 of their next 13 games and finished third in the ACC behind Notre Dame and Duke. Unfortunately, they ran into a hungry Virginia Tech team in the ACC Tournament who wasn't going to be denied an automatic bid to the Big Dance, but Davis still had the Tar Heels playing great basketball going into the biggest event of the season.

Even though the NCAA Tournament is ongoing, Davis can go ahead and add four NCAA Tournament wins and an East Regional Championship to his Division 1 head coaching resume. On Saturday, Davis will get a chance to take down the Duke Blue Devils and send Coach K off with one final loss before he exits the college basketball world (as a coach) for good. I'm positive that several fans have already taken the liberty of penciling in a win for Coach K's squad, but Davis will ensure that his team is fully prepared for a 40-minute battle in the National Semifinals.

More: Hubert Davis' Wife Leslie Has Been His Rock Through Tragedy and Triumph