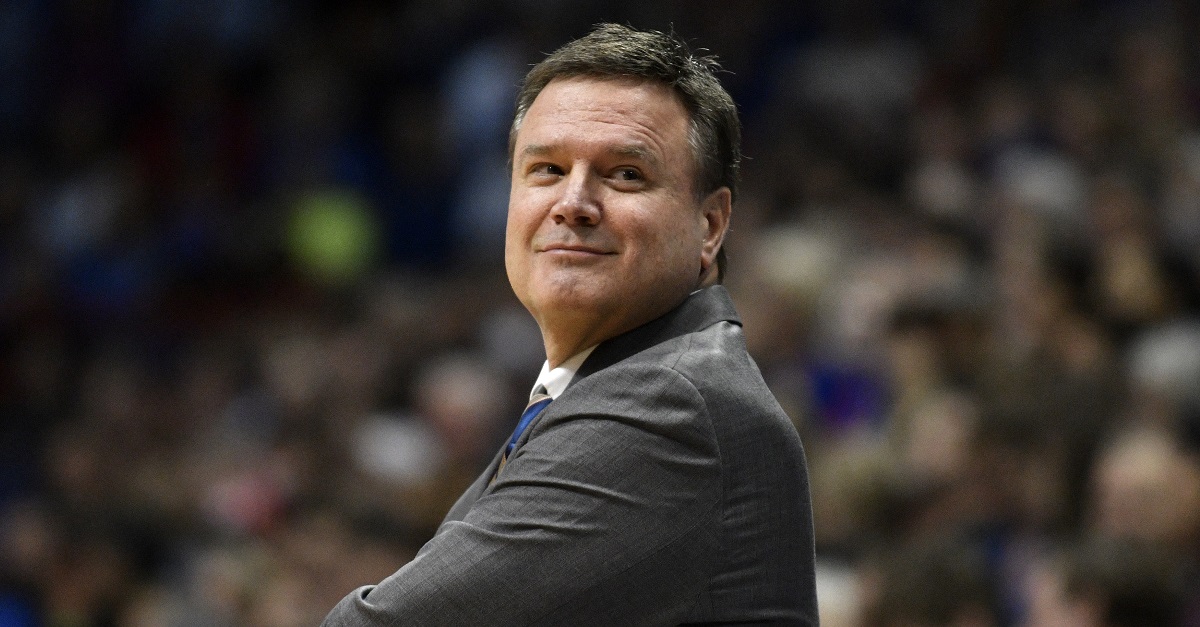 Ed Zurga/Getty Images
LAWRENCE, KS - NOVEMBER 21: Bill Self head coach of the Kansas Jayhawks smiles as he watches his team play against the Texas Southern Tigers at Allen Fieldhouse on November 21, 2017 in Lawrence, Kansas. (Photo by Ed Zurga/Getty Images)

Kansas has been depleted in the front court with only Udoka Azubuike and Mitch Lightfoot being the only true big men coach Bill Self has been able to use this season. However, he’s getting some much-needed help now that early enrollee forward Silvio De Sousa has been cleared by the NCAA.

Kansas freshman Silvio De Sousa has been cleared by the NCAA, per release. Will be in uniform today against Kansas State. Huge Big 12 news.

The former five-star recruit (according to Rivals) enrolled earlier this month at Kansas in hopes of getting on the court early and it looks like that will happen for the 6-foot-9, 242-pound forward out of the IMG Academy. With Billy Preston being unable to play at all because of his own eligibility issues, this could help Kansas turn around the season a bit and take a strangle hold on the Big 12.