If the Favorites Win, Midwest Regional Tickets Will Be Insanely Expensive 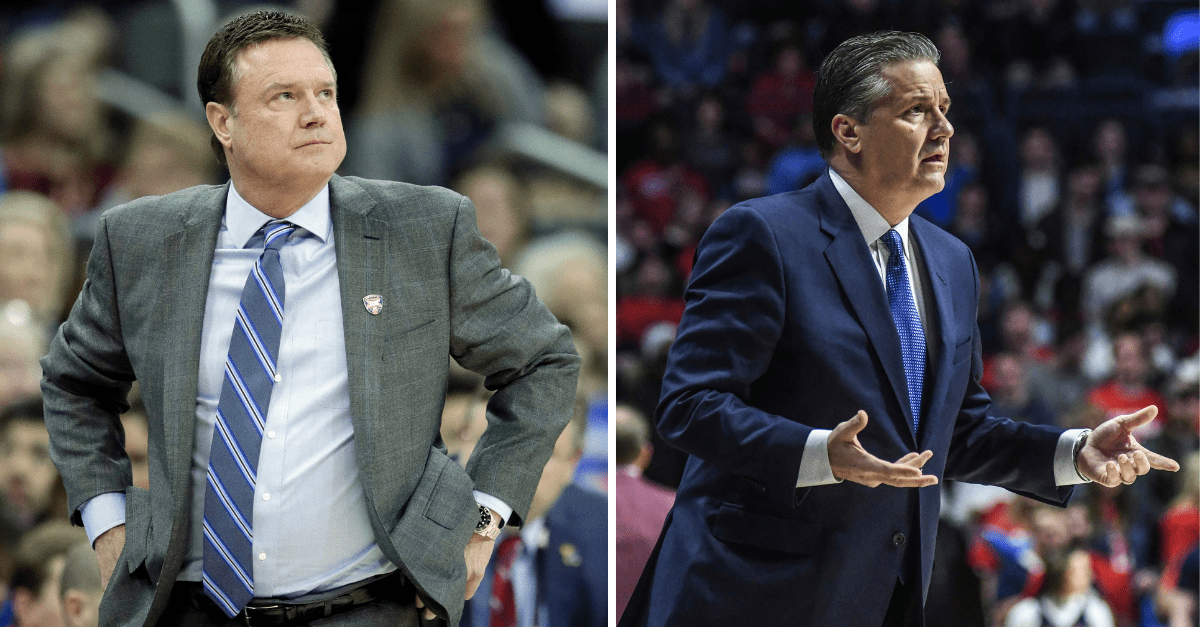 When you think of historically great college basketball teams, the North Carolina Tar Heels, Kentucky Wildcats, and Kansas Jayhawks should definitely come to mind. Each team is usually really good every year and all three have a die-hard fan base that travels everywhere they play. So what would happen if they were all in the same place during the NCAA Tournament? We might find that out in a couple of weeks.

The NCAA Tournament Selection Committee has always had a subtle sense of humor when putting together each bracket. There is a method to their madness, of course, but the opportunity to put two big-time programs with an interesting backstory against each other is sometimes too good to pass up. That?s why we have the Midwest Regional.

Although this is March and anything can happen, if the top four seeds in that region make it out of the first weekend, Kansas City, Missouri will undoubtedly become the place to be for college hoops fans.

That?s only if you can get a ticket though, because No. 1 North Carolina, No. 2 Kentucky, No. 3 Houston, and No. 4 Kansas will do their part to make it next to impossible.

RELATED: The 5 Toughest Places to Play in College Basketball This Century

While the East (Duke and Michigan State), West (Gonzaga and Michigan) and South (Virginia, Tennessee) each have two of today?s powerhouses, the Midwest has three in UNC, Kentucky, and Kansas. Add in the fact Houston has had an amazing 30-win season and the thought of trying to score a ticket to that is terrifying.

Oh, and perhaps it would be good to mention that the Sprint Center is less than 40 miles away from KU?s campus in Lawrence, and Kansas City is littered with Jayhawks fans.

It would be a massive win for the city, especially the Power & Light District ? the bar oasis across the street from the Sprint Center ? and it would be awesome for college basketball.

Roy Williams would have a chance to beat his old team (Kansas) and Bill Self again, and John Calipari could get the last laugh for his young Wildcats team with Final Four hopes. Kelvin Sampson is no slouch of a coach, either.

And as someone who has been to the Big 12 Tournament for several years, it?s a fun basketball atmosphere.

As of Monday, you could get into the door for both games for around $300 per ticket total, according to SeatGeek. That?s a fair price at the minimum, but if all four of the favorites advance to the Sweet 16, you better believe that price will be insanely expensive.