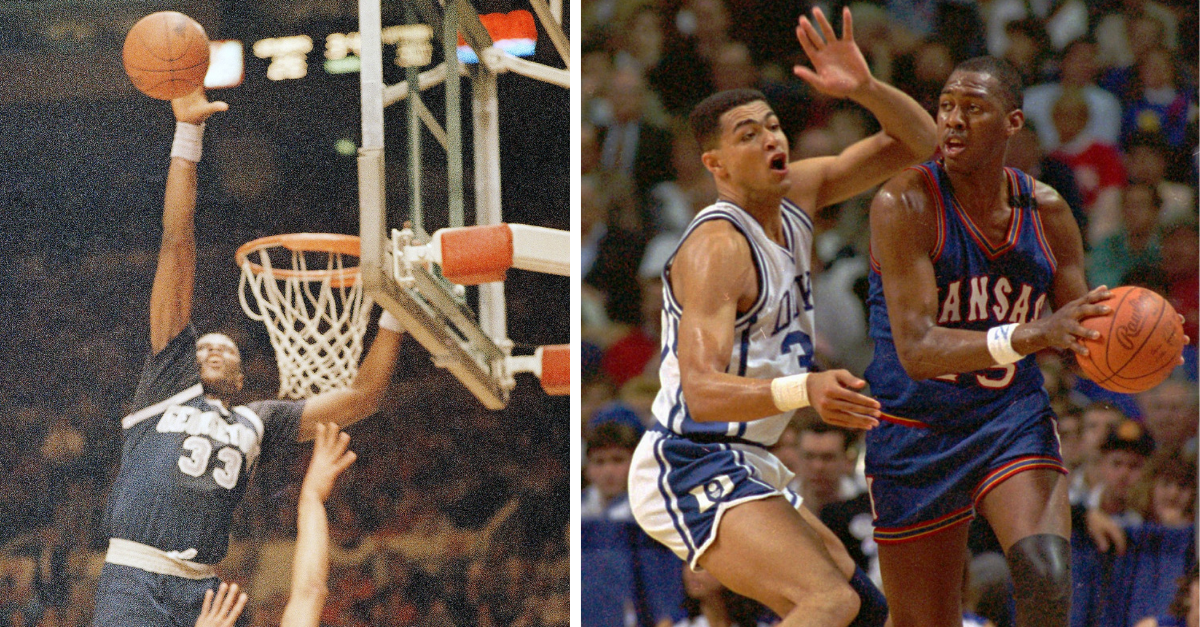 From coast to coast, in several college basketball conferences across the country, there are some familiar faces pacing the sidelines as head coaches. Some have returned to their alma mater to bring back the glory days. Others have taken on new challenges once they hung up the sneakers for good. All of them, however, used to be phenomenal players.

It doesn?t take long to spot them. After all, there?s a chance a few of them are bigger than any player on their current roster. But what if you took the five best players who turned into head coaches and compared them to the best team in the country, how would the older men do by comparison?

Let?s just say it wouldn?t be fair for the young college kids considering three Division I coaches were former Naismith Player of the Year award winners.

So, without further ado, here are the five head coaches who would wreck any college basketball team if they still played today:

With all due respect to Bobby Hurley ? the former Duke Blue Devils star and now head coach of the Arizona State Sun Devils ? Penny Hardaway was a generational talent who transformed the point guard position. At 6-foot-7, Hardaway was the ultimate mismatch on the hardwood. Get in his face? He?d blow right by you. Sag off of him? He still might blow right by you or shoot a jumper in your face. He was an elite player in all facets of the game and there?s no way any player, either past of present, that was going to slow him down if he was healthy. In many respects, Penny Hardaway is what Memphis Basketball is all about today and there?s a good reason why Tigers fans are fired up to have him on the sideline at his alma mater.

Before a solid career in the NBA and now as the head coach of UCF, where he coaches his son Aubrey Dawkins, Johnny Dawkins was a 6-foot-2 bucket-getter and defender under head coach Mike Krzyzewski. His Blue Devils teams never got to cut down the nets, losing in the 1986 NCAA title game to Louisville, his 20.2 points per game his senior season and 2,556 for his career was enough to earn him the nation?s top player honor.

Although it has been an uphill climb to coach the Red Storm back to prominence, everyone familiar with the New York college knows about the 6-foot-7 lefty who could ruin opposing team?s nights. Mullin had a Hall of Fame career in the NBA, no doubt, and it all started near his home at St. John?s, when he carried his team to the 1985 Final Four and first No. 1 ranking since 1951. Mullin was impossible to stop and there?s a good chance nobody today would know what hit them when they tried to guard him.

Manning has led both Tulsa and Wake Forest to the NCAA Tournament as a coach, but nothing compares to what he was able to accomplish as a player with the Jayhawks. Not only did he help Kansas win the 1988 title, he also cleaned house for every major college basketball award and left KU as the Big Eight?s all-time leading scorer. ?Danny and the Miracles? doesn?t happen without him and dropping 31 points and 18 rebounds in the championship game cemented his legacy.

At 7-foot and 255 pounds, Ewing, a Kingston, Jamaica native, used to punish players in the paint at both the college and NBA ranks. He was a force on both ends of the court and led the Hoyas to the NCAA title in 1985. He was one of the very first freshmen to dominate in college basketball and him returning to his alma mater to coach was a a very easy decision. Nobody today could match his toughness and physicality around the rim.

This article was originally published January 17, 2019. Since the original publishing, both Manning and Mullin moved on from their respective positions; Mullin stepped down in April 2019, and Manning was fired in April 2020.