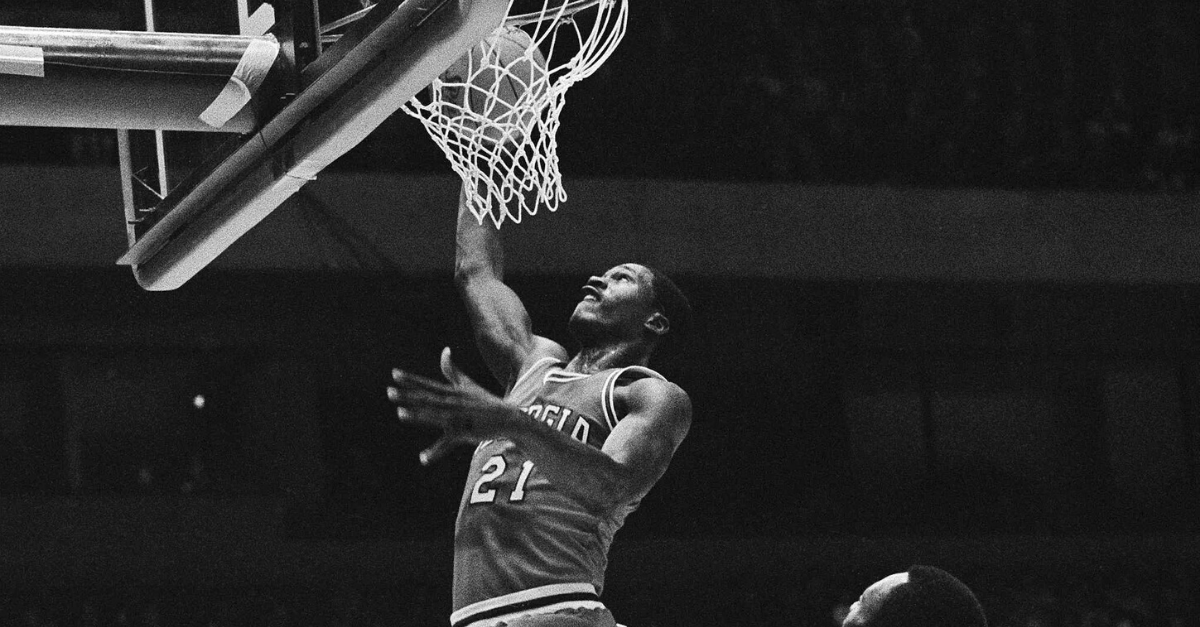 Once upon a time, back in the early 1980s, the Georgia Bulldogs were sitting atop the college basketball world. The Bulldogs had just made the Final Four, knocking off two powerhouse teams and some hoops legends to get there, and that NCAA Tournament run is still considered legendary beyond Stegemen Coliseum in Athens, Georgia.

Unfortunately, the Bulldogs fell to North Carolina State, the eventual national champions, in the 1983 Final Four. However, beating St. John’s — coached by legend Lou Carneseca and Chris Mullens — and North Carolina — the defending champs led by head coach Dean Smith, Michael Jordan, Sam Perkins and Brad Daugherty — set the bar high and, the program has been trying to get back there ever since.

Georgia might be known for its football these days, but there have been some bright moments on the basketball court, too. The 1983 Final Four, the 1990 SEC regular season title, three SEC Player of the Year awards, and nine All-Americans is nothing to scoff at.

But which players belong in the all-time starting five? Just know this team would be an opponent’s nightmare because they could get buckets, and it’s something current head coach Tom Crean is looking to recreate with players such as Anthony Edwards, Nicolas Claxton, Rayshaun Hammond, Sahvir Wheeler, and more.

At 6-foot-2 with insane quickness and a silky smooth jump shot, Green arrived in Athens as a star in the making after playing in the 1988 McDonald’s All-American Game. Turns out, he was more than that. Green was a legend.

The Pascagoula, Mississippi native and former star at Moss Point High School, Green left the program in 1992 as UGA’s all-time leading scorer with 2,111 points, which still holds today. Plus, he was a three-time All-SEC selection and brought a Southeastern Conference Championship to Athens in 1990.

Green is one of three players in SEC history to score over 2,000 points and dish out 400 assists, joining Pete Maravich and Allan Houston.

Needless to say, Green was fearless and an electric player in college before the NBA.

Before everyone gets in a tizzy about how KCP only stayed two years and shouldn’t make this list, let it be known the 6-foot-5 shooting guard is one of three SEC Player of the Year winners and one of nine All-Americans (Associated Press) in school history. He belongs here.

Caldwell-Pope, a Thomaston, Georgia native and former Greenville star, was named to the Coaches’ Freshman All-SEC Team along with current NBA superstars Anthony Davis, Bradley Beal and Michael Kidd-Gilchrist and was named the SEC Player of the Year as a sophomore after averaging 18.5 points and 7.1 rebounds per game.

Playing against the likes of Indiana, Florida, Missouri, LSU, Tennessee, Auburn, Alabama, Texas A&M, Ole Miss, and Kentucky on ESPN that season was no slouch, either.

So while his career under head coach Mark Fox was a short one, KCP, who was drafted by the Detroit Pistons and now plays for the Los Angeles Lakers, is a Georgia legend, and his time in a Bulldogs uniform should always be remembered.

When you think of Georgia Bulldogs basketball, it should always start with “The Human Highlight Film” and Naismith Memorial Basketball Hall of Fame inductee. Wilkins is most known for his iconic dunking ability and nine-time NBA All-Star career, but he was just as incredible while playing in Athens.

Dominique Wilkins, a Consensus All-American, was already an exciting player before he played at Stegeman Coliseum and he left as the basketball program’s greatest player ever after his junior season, when he took home the SEC Player of the Year award in 1981 as a junior before starring in the NBA.

Wilkins, who averaged 21.6 points during his career, set the gold standard for future Georgia basketball All-Americans like Vern Fleming, James Bank, Alec Kessler, and Yante Maten, the 2018 SEC Player of the Year — all players who, along with Zippy Morocco, very well could be on this list. There will likely never be another basketball player quite like Wilkins at the University of Georgia.

Anyone who remembers Jarvis Hayes understands how lethal of a scorer he was in college. In fact, he is one of the only players in college basketball history to lead two different conferences in scoring during his college career.

After a year at Western Carolina, Hayes and his twin brother, Jonas Hayes, went to Georgia and Jarvis filled it up again. He was named First-Team All-SEC in both his sophomore and junior years as a two-time All-American who averaged 28.5 points per game in the 2002 NCAA Tournament. However, their lone win in ’02 was vacated due to NCAA violations involving assistant coach Jim Harrick Jr.

The 6-foot-8 Hayes, originally from Atlanta, was selected No. 10 overall by the Washington Wizards in the legendary 2003 NBA Draft, which was headlined by LeBron James, Carmelo Anthony, Dwyane Wade, and Chris Bosh.

This might be an unpopular pick here, but it’s pretty hard to argue against. While center Alec Kessler left as the all-time leading scorer before Green came along and helped the Bulldogs win the SEC regular season crown for the first time in nearly 70 years, Lienhard was special in his own way to help his Bulldogs basketball team.

The 6-foot-10 center from New York, who passed away in September 2018, is one of just four two-time All-Americans and still holds the all-time rebounding marks for a season (396) and career (1,116). He even snatched 32 rebounds in a game once.

Lienhard’s career is completely underrated by many.

Not only does Durham have the most wins in school history (297), but he was also the head coach for the most legendary NCAA Tournament run the program has ever seen. Without Dominique Wilkins, Durham almost led the Dawgs to the promise land, reaching the 1983 Final Four.

Durham, now 81, coached four All-Americans, went to five NCAA Tournaments, made seven NIT appearances, won the SEC Tournament twice and the SEC regular season title once. He was the SEC Coach of the Year four times and was inducted into the College Basketball Hall of Fame in 2016.

This post was originally published on December 8, 2018 before updating.