The University of Georgia first opened its doors in 1785 and has graduated a plethora of successful people in many different careers ever since. With so many great traditions and by far the best mascot and goodest boy in the Southeastern Conference, it's no wonder UGA is one of the premier universities in the South.

There's an exhaustive list of UGA alumni that have gone on to accomplish great things. Herschel Walker was the greatest college football player ever before he headed for professional football. Ryan Seacrest gained international fame for his time hosting "American Idol."

Other notable alumni include a former U.S. Senator and candidate for Vice President of the United States, former Georgia Supreme Court justices and one of the most successful American rock bands of all time. You're going to have to keep reading to figure out which one it is, though.

No college in the Peach State even comes close to the combination of academics and athletics featured at the University of Georgia. Sorry, Georgia Tech. Let's take a look at 15 of the most famous UGA alumni who stepped foot on campus in Athens.

15 Notable Alumni From the University of Georgia 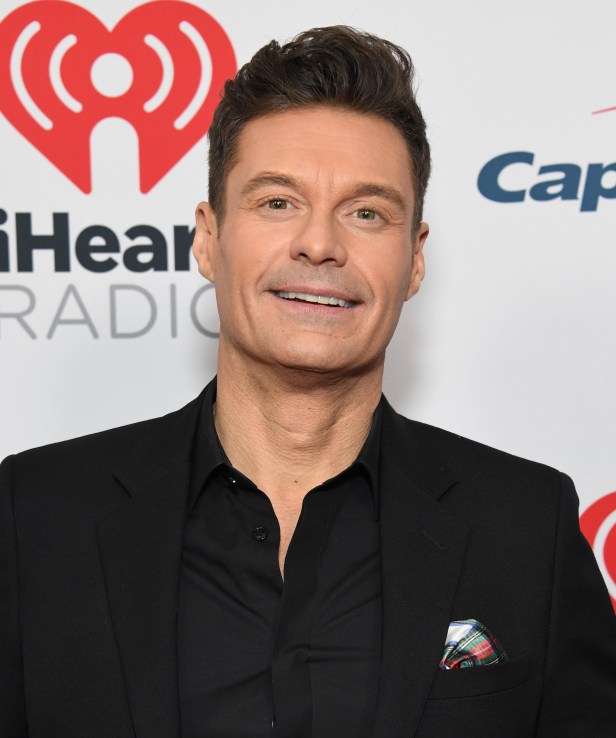 If you're like me, you know Ryan Seacrest from one show and one show only: "American Idol." The TV and radio broadcaster joined the show in 2002, but before that he studied journalism at the University of Georgia in the 1990s and had his own radio show at an Athens station.

The Atlanta native left the school for Hollywood at just 19 but later received an honorary Doctor of Humane Letters degree from UGA. Now, he lives in New York and has his own weekday radio show, "On Air With Ryan Seacrest." 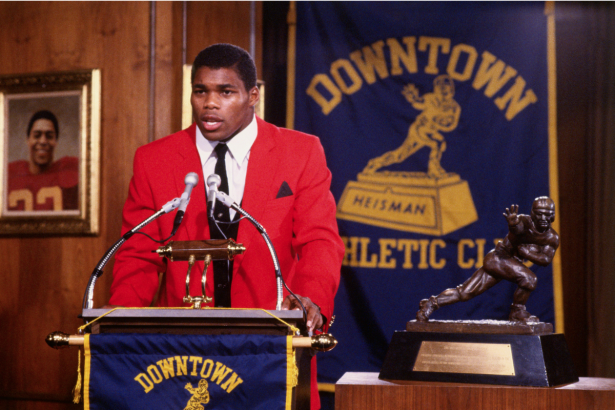 Ask anyone on UGA's campus and they'll tell you that Herschel Walker is a legend. He was the valedictorian of his high school before setting and still holding the Southeastern Conference all-time rushing record. Walker also helped the Bulldogs win their last football national championship in 1980 and won the Heisman Trophy in 1982.

The former running back went on to have a productive career in the United State Football League and NFL and even competed in the 1992 Olympics for the U.S. bobsled team. In his later years, he tried his hand at professional mixed martial arts and now owns three businesses. 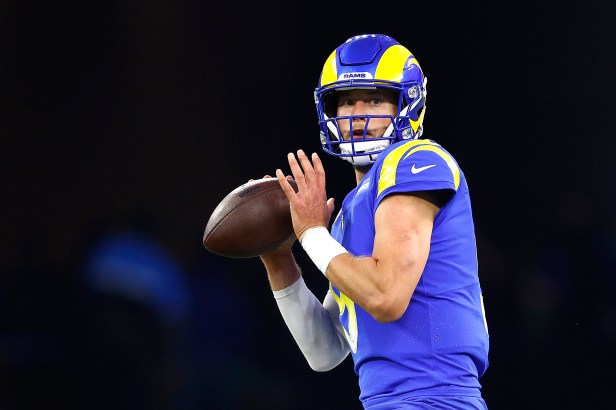 When it's all said and done, former Detroit Lions quarterback and current Los Angeles Rams passer Matthew Stafford is going to be one of the NFL's top 10 all-time leaders. He grew up in Dallas, Texas, and first made a name for himself at Georgia under head coach Mark Richt, where he threw for more than 7,000 yards over three seasons and was drafted first overall in the 2009 NFL Draft. The rocket-armed passer didn't win a national title, but the American football player did lead Georgia to 30 wins from 2006 until 2008. 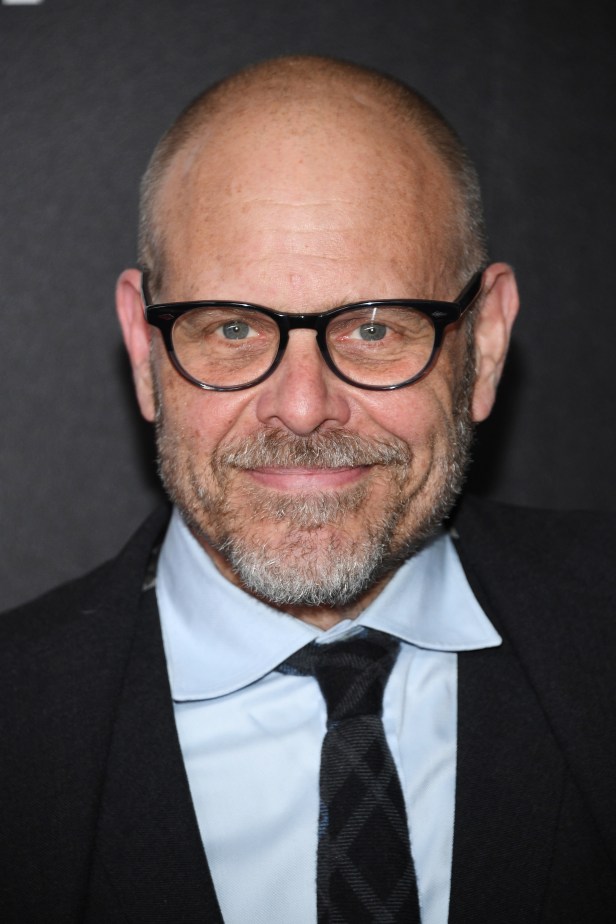 If you're a fan of the Food Network, then you know who Alton Brown is. Brown created and hosted the network's show, "Good Eats," in addition to hosting "Iron Chef America" and "Cutthroat Kitchen." Before Brown became an actor, author and musician, he was studying film at Georgia in the late 1980s. You can find him on Twitter, where he has more than four million followers. 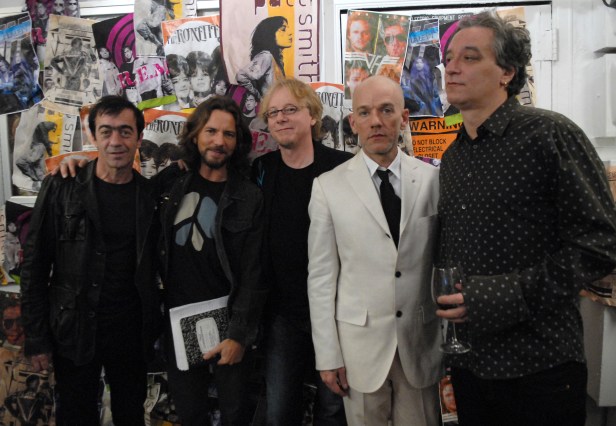 Four college buddies team up and develop into one of the greatest American rock bands of all time. Lead singer Michael Stipe, bassist Mike Mills, guitarist and songwriter Peter Buck and drummer Bill Berry all formed the band in 1980 while in school at Georgia. They've won Grammy's, MTV Video Music Awards, Billboard Music Awards and more for hit songs like "Losing My Religion", "Stand" and "The One I love". 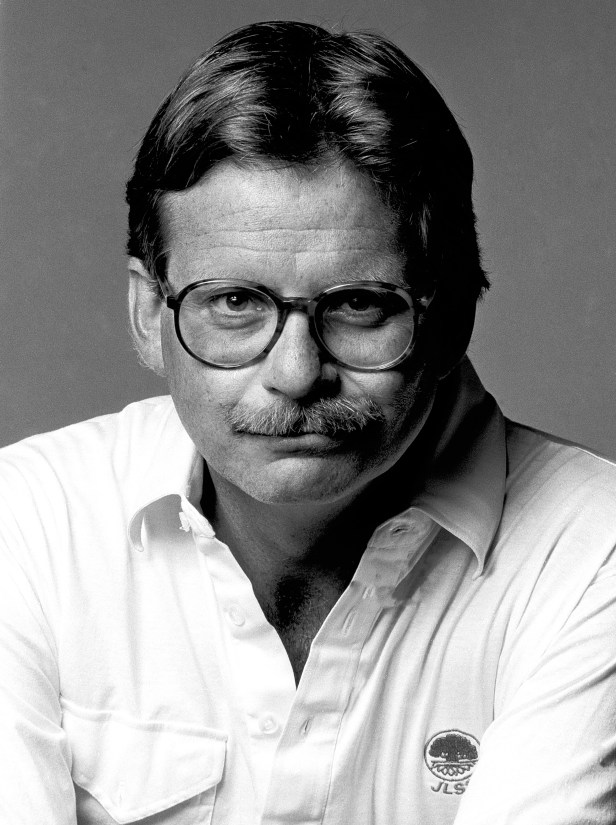 Famous for his columns in the Atlanta Journal Constitution, Grizzard was a writer and humorist in the 1970s and 1980s that published 25 books over his lifetime. Criticized for his racially insensitive views, Grizzard first studied journalism at the University of Georgia. He graduated with his bachelor's degree and went on to become the youngest ever executive sports editor at the AJC at just 23. He died at 47 and some of his ashes were scattered on the field at UGA's Sanford Stadium. 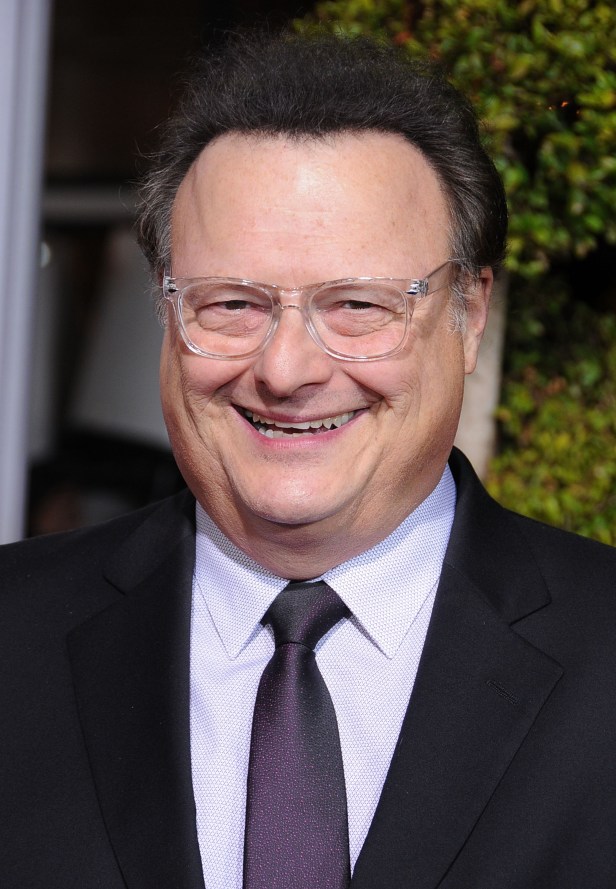 If you're like me you recognized Wayne Knight for his role of Dennis Nedry in "Jurassic Park" (1993) or Stan from "Space Jam" (1996). The actor, voice artist and comedian was also well known for his role as Newman in "Seinfeld." He originally attended UGA but didn't finish his degree until 2008. 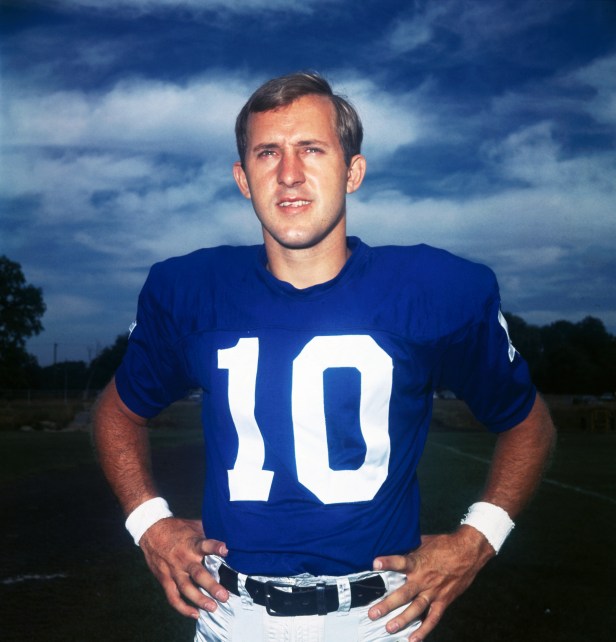 Tarkenton is one of just four Georgia Bulldogs to ever be inducted into the Pro Football Hall of Fame. Born and raised in Athens, Tarkenton quarterbacked UGA to a Southeastern Conference championship in 1959 and was named All-SEC in 1959 and 1960. The former football player played 18 seasons in the NFL and after retiring worked as a broadcaster and founded his own software company. 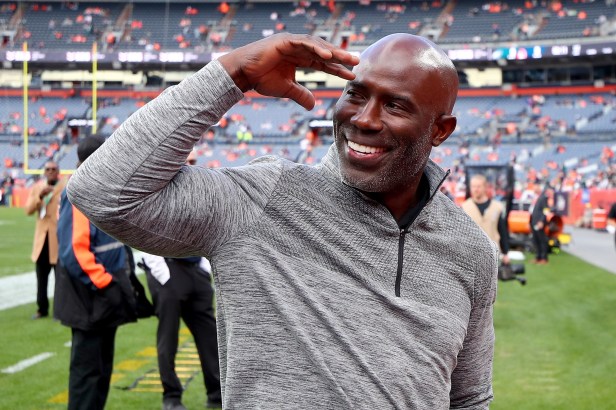 Along with Tarkenton, Champ Bailey and Charley Trippi, Terrell Davis rounds out the list of former UGA college football players to be enshrined in Canton, Ohio. "T.D." starred at Georgia in the 1990s before becoming one of the best running backs in NFL history. The three-time Pro-Bowler won two Super Bowls, including a Super Bowl MVP award, and remains the Denver Broncos all-time leading rusher. 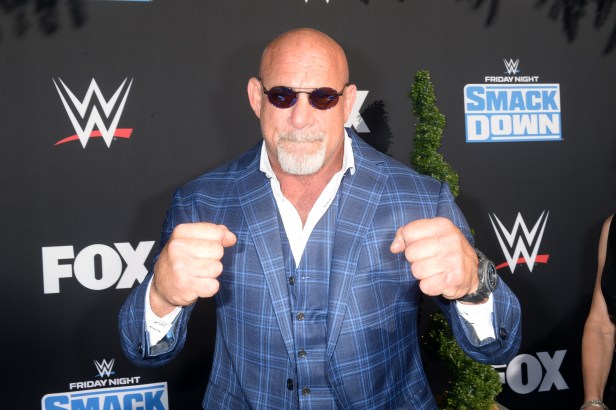 Known by his ring name Goldberg, the 6-foot-4, 285-pound professional wrestler might be one of the scariest dudes of all time. Before he was slamming dudes to the ground in the WWE or WCW, Goldberg played football for the Georgia Bulldogs as a defensive tackle. The Los Angeles Rams even drafted him in the 11th round in the 1990 NFL Draft. 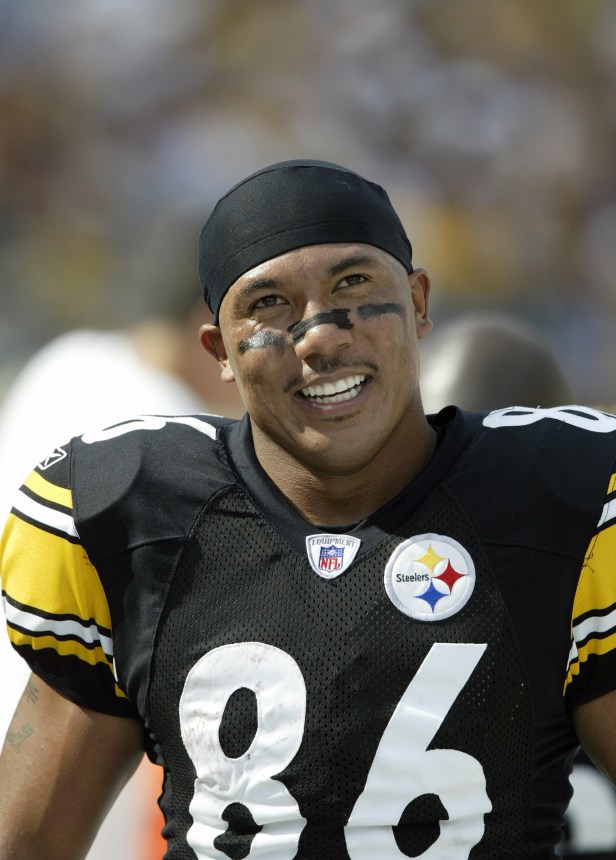 Hines Ward still somehow owns UGA bowl game passing records despite playing mostly wide receiver with the Bulldogs in the 1990s. Ward went on to play 14 seasons for the Pittsburgh Steelers and remains the franchise's all-time leader in receptions, receiving yards and touchdown receptions. The Super Bowl XL MVP is one of just 14 players in NFL history with 1,000 catches. 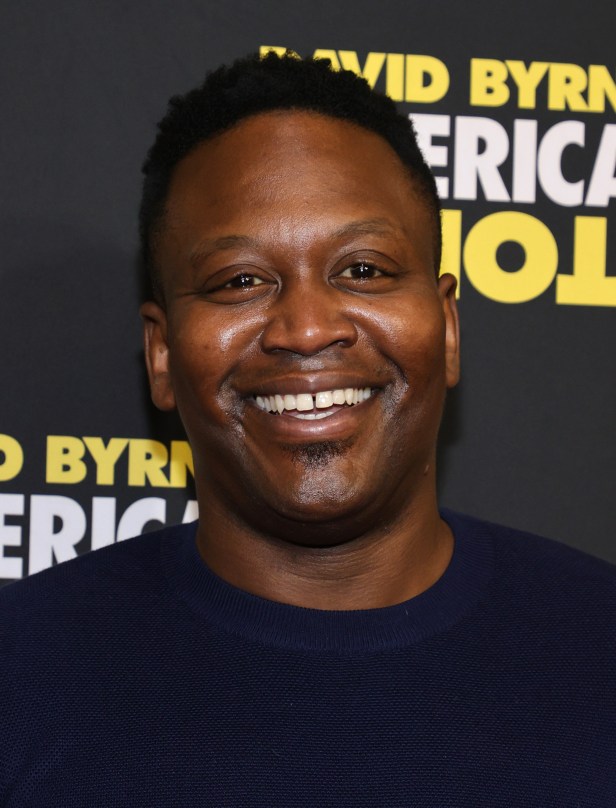 Burgess gained stardom and awards for his role as Titus Andromedon on Netflix's "Unbreakable Kimmy Schmidt." An actor and singer, Burgess first graduated from Georgia with a bachelor's degree in music before appearing in numerous Broadway musicals. He's also appeared in shows like "30 Rock," "Match Game" and "RuPaul's Drag Race All Stars." 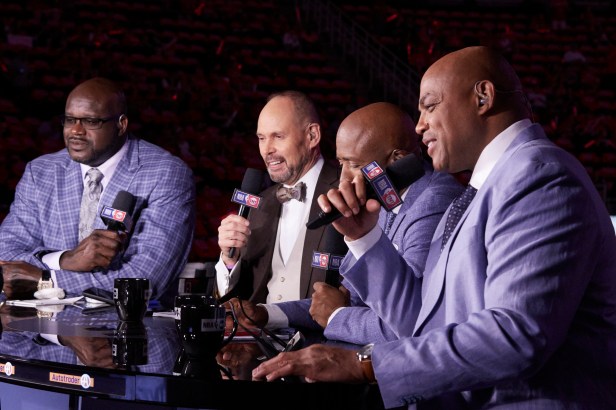 Baseball and basketball fans should know this name quite well. Johnson serves as the lead TV voice for "Major League Baseball on TBS" and hosts TNT's hilarious, Emmy Award-winning "Inside the NBA" that features Charles Barkley, Shaquille O'Neal and Kenny Smith. Johnson's father was a pitcher and Atlanta Braves play-by-play announcer, and he first began following in his footsteps at UGA, where he worked at a local radio station while studying journalism. 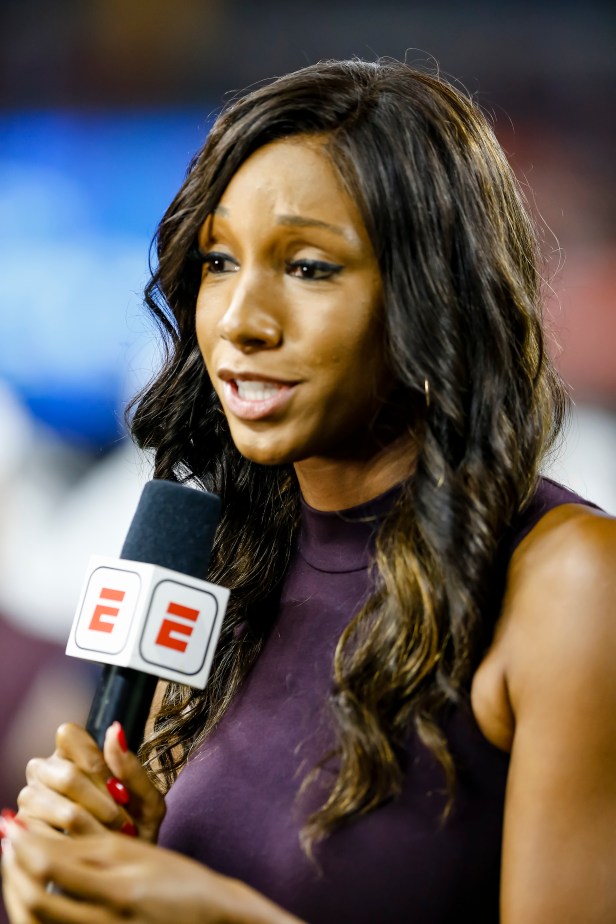 If the University of Florida has Erin Andrews, Georgia has Maria Taylor. The sideline reporter, host and analyst for NBC Sports previously worked for ESPN and SEC Network covering a variety of college sports including football, volleyball and basketball. She became the first African-American to co-host ESPN's "College GameDay." Prior to her TV career, Taylor played basketball and was an all-SEC volleyball player for the Bulldogs from 2005-09. 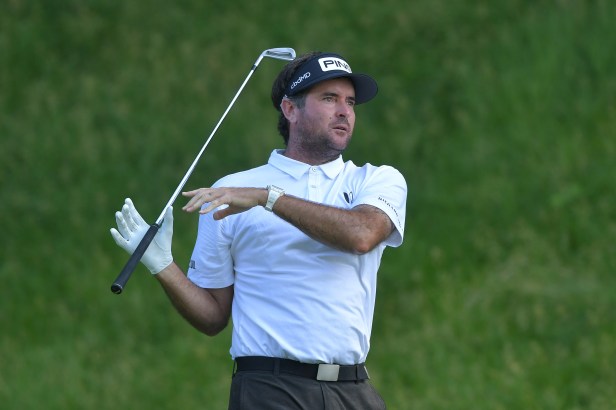 Only a few left-handed golfers come to mind when thinking about the greatest in the game. One is Phil Mickleson. The other is Bubba Watson. Watson won the Masters Tournament in 2012 and 2014 and in February of 2015 reached second place in the Official World Golf Ranking. The southpaw played golf for UGA in 2000 and 2001.

This article was originally published November 27, 2019.