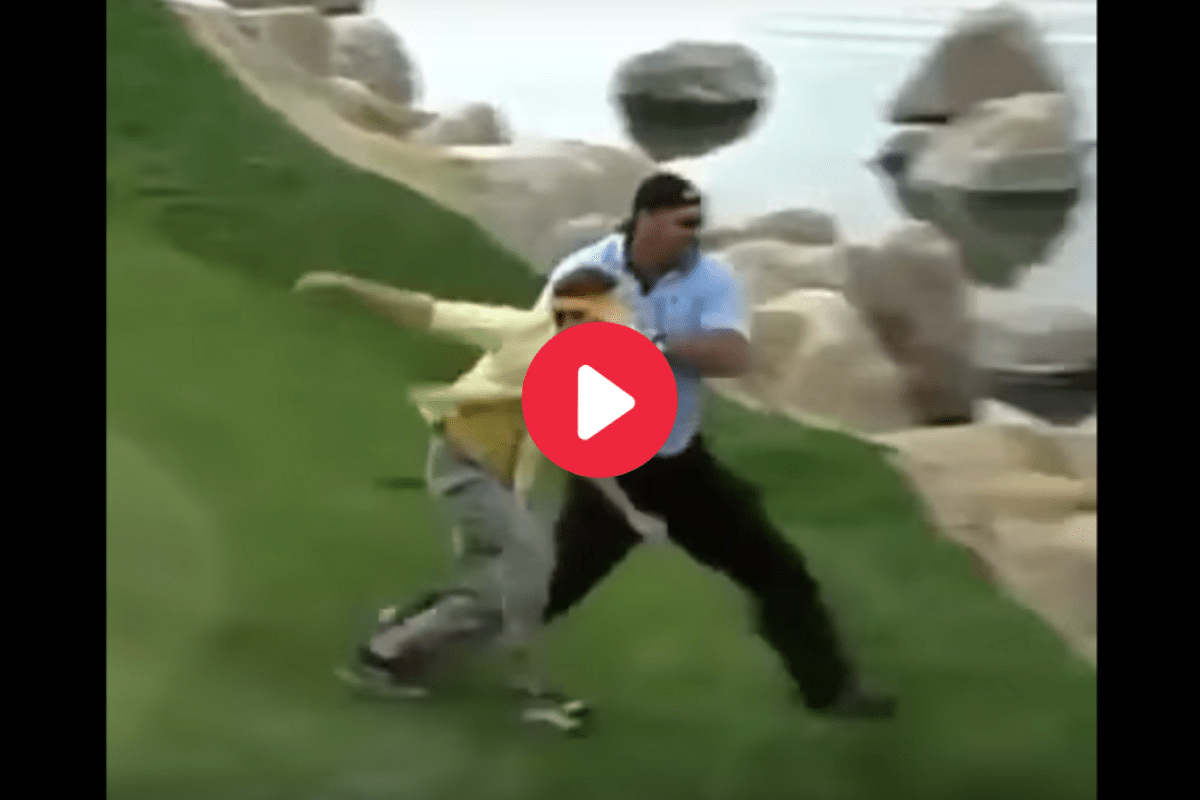 When it comes to professional wrestlers, few are as iconic as Bill Goldberg. Between September 1997 and December 1998, Goldberg went undefeated in World Championship Wrestling (WCW) en route to a 173-0 record, which was miraculously snapped by Asuka in 2017. Stints in All Japan Pro Wrestling and WWE brought even more success. The former Universal Champion still makes appearances in WWE today and was inducted with the WWE Hall of Fame Class of 2018 prior to WrestleMania 34.

The former defensive tackle of the Georgia Bulldogs and NFL’s Atlanta Falcons enjoyed a post-wrestling career in film and television, working with the ASPCA as a spokesman, and even plays in celebrity golf tournaments for various charities.

While the 285-pound mammoth of a man might not be on Tiger Woods’ level, his most memorable round came at the 2002 CareerBuilder Challenge, and it has nothing to do with his short game.

Some all-yellow-wearing lunatic, from his visor to button-up to mustard-colored undershirt, decided it’d be a great idea to mess with a 6-foot-4 former world champion. As you’d expect, this guy had quite the story to tell after Bill Goldberg got his giant mitts on him.

Words to the wise: don’t mess with a WWE Superstar.

RELATED: Which Decade is the Greatest in WWE History?

Golfer Phil Mickelson may have won the PGA Tour Pro-Am’s trophy played at Tamarisk Country Club, but Goldberg owned the golf course on this day.

Obviously this was a set-up, but look at how far that mustard-colored caddie flew! Off the putting green, over the rocks, and into the water hazard. Might as well call it a day and head for the clubhouse.

Aside from being a total badass, Goldberg visits children in hospitals and regularly plays the Jimmy V Golf Classic to raise money for cancer research. The Tulsa, Oklahoma native has appeared in films such as Universal Soldier and The Longest Yard, as well as TV shows like Family Guy, The Flash, and NCIS: Los Angeles.

Goldberg recently faced The Undertaker at WWE Super Showdown, and at 53 years old, he still looks like he’d launch any random heckler 15 feet into the nearest lake if they crossed him.

This article was originally published July 17, 2019.