Which Decade Is The Greatest In WWE History? 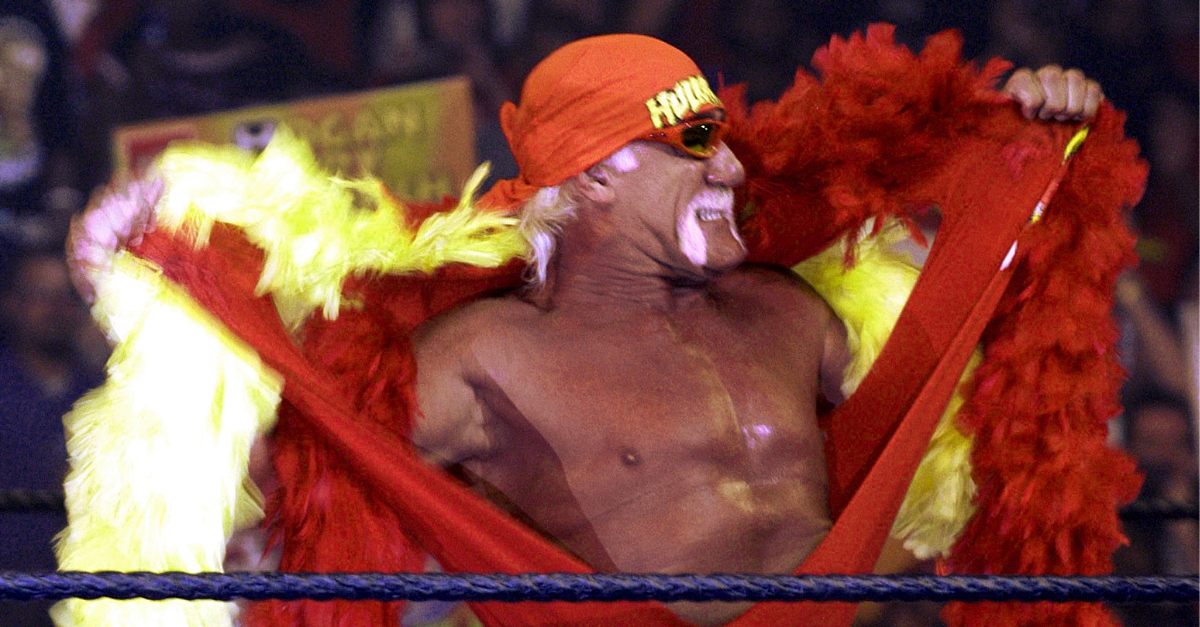 Although professional wrestling has been around for decades, it really started to boom around the 1970s. With television screens being more accessible to homes, the wrestling fan had a bigger opportunity to engage in the wrestling experience and either cheer or boo a certain professional wrestler. For the past five decades, there have been pivotal names attached to each one who helped propel wrestling and further its popularity.

Since the advent of the WWE World Heavyweight Championship in 1963, Bruno Sammartino was the most popular name in the WWE for 15 years. Here is a chronology of WWE decades since the 1970s. Which one is the greatest?

Bruno Sammartino and the 1970s

Sammartino’s first reign as WWF World Champion came in 1963, defeating the inaugural champion the “Nature Boy” Buddy Rogers. He retained the title for nearly eight years, before losing it to Ivan Koloff. He commenced his second title reign in 1973, retaining it for nearly three-and-a-half years before losing it to Superstar Billy Graham.

Pedro Morales was also another major pro wrestler in WWE during the 1970s, defeating Ivan Koloff in 1971 and retaining it for nearly three years. In 1978, Bob Backlund defeated Billy Graham to win the WWF title, and WWE recognizes his reign to be from 1978-1983.

1980s and The Spread of Hulkamania

The Iron Sheik defeated Bob Backlund on December 26, 1983 to win the WWE Championship. However, he only retained the title for a month, before one of the most pivotal moments in pro wrestling history occurred.

On January 23, 1984, Hulk Hogan faced The Iron Sheik inside the Madison Square Garden in New York City. Gorilla Monsoon, who was one of the announcers, stated that Hogan was subbing for Bob Backlund for the WWE title match against The Iron Sheik. Later in the evening, Sheik voiced his frustration by stating that Hogan does not deserve the title opportunity. Despite his frustrations, the match occurred. Less than six minutes into the match, Hogan pinned Sheik, and the MSG crowd erupted.

This was the beginning of the wildfire craze dubbed Hulkamania, and Hogan guided WWE along with Vince McMahon into becoming a pop culture phenomenon and breaking the threshold of what pro wrestling was regulated to for many decades before. Hogan’s initial reign lasted for four years, before losing it in controversial fashion to Andre the Giant during an episode of The Main Event on Febraury 5, 1988. Hulkmania led Hogan to becoming a sports entertainment icon.

Andre handed the title to Ted DiBiase, but it became vacated due to President Jack Tunney refusing to recognize DiBiase buying the title from Andre. This led to a tournament for the title at WrestleMania IV, which was won by Macho Man Randy Savage. In early 1989, the “Mega Powers” tag team of Hogan and Savage exploded, leading to a bitter rivalry between the two which led to a match at WrestleMania V. Hogan won the match, and closed the decade as WWE Champion.

At the start of the 1990s, Hogan remained the top babyface of WWE, along with The Ultimate Warrior. However, WWE started to transition from over-the-top gimmicks to showcasing more in-ring work. This gave WWE superstars such as the “Hitman” Bret Hart and the “Heartbreak Kid” Shawn Michaels opportunities at the title, and they became two of the greatest wrestlers of all time.

Hart defeated Ric Flair in 1992 to commence his first of five WWE title reigns, and Michaels defeated Hart at WrestleMania 12 to commence his first of four WWE world title reigns. During the mid-1990s, Hart, Michaels, Diesel (Kevin Nash), and The Undertaker were among the biggest stars in the company, but this was a bit of a down time before the Raw vs. Nitro Monday Night War with rival World Championship Wrestling (WCW) from 1995-2001.

The Attitude Era has become one of the most recognized eras in WWE history as notable moments such as the run of D-Generation X ?? Shawn Michaels, Triple H, X-Pac, Billy Gunn, Road Dogg, and Chyna ? advent of Austin 3:16, formation of the New World Order (nWo), and the early seeds of Undertaker’s WrestleMania winning streak spiked the interest of wrestling fans during this time.

Stone Cold Steve Austin was the biggest name during this period. After an accomplished WCW run as a upper midcarder and a short stint in ECW, Austin debuted in WWE as a heel (bad guy). However, Austin’s anti-hero attitude drew the popularity of fans, and he embarked in one of the greatest feuds in WWE history against Vince McMahon. In fact, Austin vs. McMahon was very instrumental in ending the 83-week winning streak of WCW. Other notable names who were involved in the Austin/McMahon feud include The Undertaker, Kane, Mick Foley, The Big Show, Shane McMahon, and even Linda McMahon. At WrestleMania XIV in 1998, Austin became WWE Champion for the first time by defeating Shawn Michaels.

Ruthless Aggression and the All-Star Team

At the close of the 1990s, a new main event star was born in Triple H, whose storyline manipulated Vince McMahon’s daughter Stephanie to marry him while in an incoherent state. After feeling trapped by this decision, Stephanie eventually sided with Triple H, and the McMahon-Helmsley Era began. The Austin vs. McMahon rivalry also reached its conclusion at the 1999 Fully Loaded pay-per-view. In this match, which was an “End of an Era” First Blood match between Austin and The Undertaker, the stipulation was if Austin lost, he would not have an opportunity to compete for the WWE Championship again. However, if Undertaker lost, McMahon had to leave WWE. Austin won, causing Vince to leave WWF (he would return months later, however) and the rivalry to close.

At the beginning of the 2000s, Austin and Dwayne “The Rock” Johnson were heavily involved in the WWE Championship scene. Kurt Angle also became a main event star in the WWE, winning the world title at the 2000 No Mercy PPV. Angle’s meteoric rise as a main event star also led to the advent of the Ruthless Aggression era, which was initially coined by Vince McMahon and popularized by John Cena during an open challenge against Angle on the June 27, 2002 episode of SmackDown.

2002 is also one of the most pivotal years of WWE, as it was the debuts of Cena, Batista, Randy Orton, and Brock Lesnar. All of these names would be instrumental in the success of WWE during the 2000s decade, and beyond. Lesnar received the fastest main event push of the four, as he defeated The Rock at SummerSlam 2002 to win the WWE Championship just months after his debut.

Also, during this time, former WCW stars such as Chris Jericho, Booker T, and Eddie Guerrero all received opportunities to showcase their talent, and each would become a world champion in WWE. Both Booker T and Guerrero are now inductees in the WWE Hall of Fame, with Booker T being one of only a few two-time inductees after the Harlem Heat tag team joined the HOF in 2019.

At the turn of the 2000s, The Undertaker, Cena, Orton, Triple H, Batista, and Edge were among the top stars of the company. These names, for the most part, only compete on a part-time basis, appearing on special occasions. Orton is still a top name on the SmackDown Live brand, but the 39-year-old is transitioning more into part-time status.

Both The Undertaker and Triple H still compete at special events, but mainly making appearances at WrestleManias annually. For the first time since 2000, The Undertaker did not make an appearance at a WrestleMania, as he was absent from WrestleMania 35. Cena has mainly transitioned out of WWE competition, as how now pursued a career in Hollywood.

Now, names such as Roman Reigns, Seth Rollins, Daniel Bryan, Kofi Kingston, AJ Styles, are among some of the best wrestlers and top names of WWE, and have all experienced reigns as WWE Champion.

Other than the storyline of Becky Lynch winning the Women’s Royal Rumble en route to the first ever women’s WrestleMania main event, the hottest point of interest was Kofi’s journey to winning the WWE Championship for the first time ever after 11 years with the company. At WrestleMania 35, Kofi defeated Daniel Bryan to accomplish this feat, and this win was one of the most poignant moments in pro wrestling history.