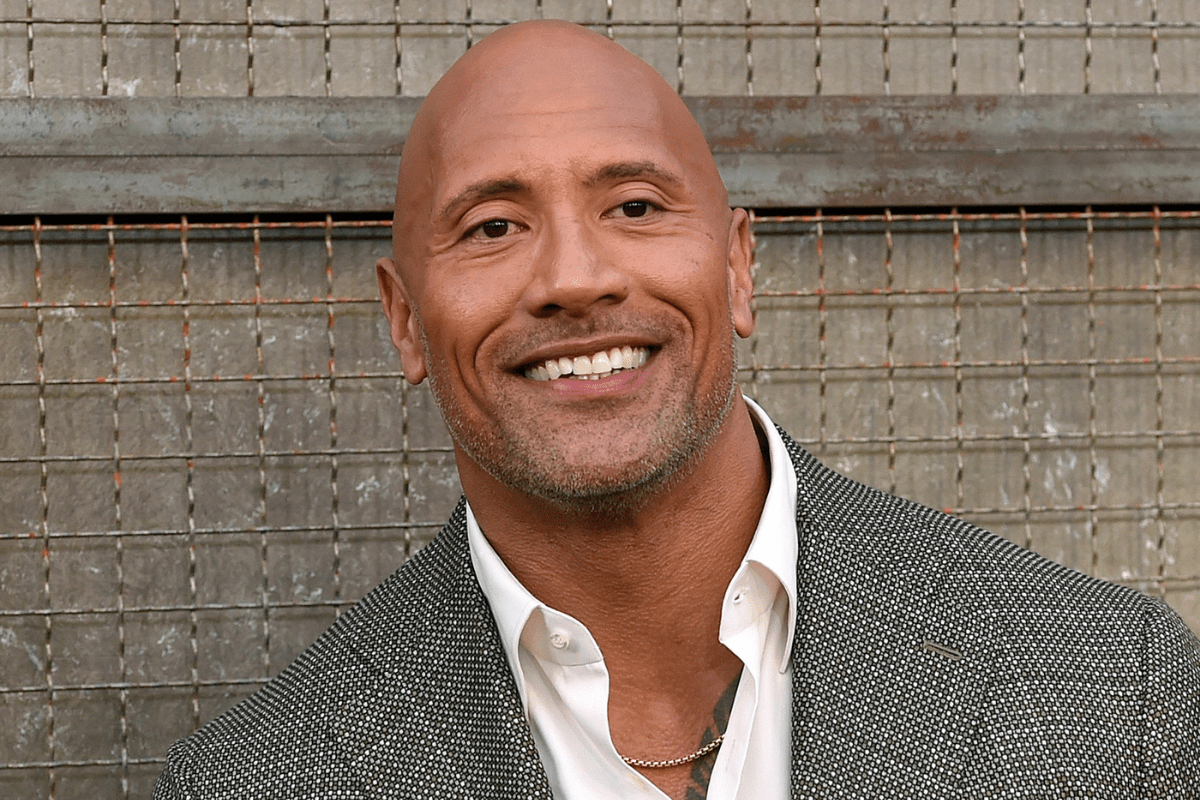 Along with his hilarious “The Rock says” remarks that led to plenty of funny moments, Dwayne “The Rock” Johnson created a legacy during his WWE run with his eyebrow-raising gesture called “The People’s Eyebrow.”

In addition to his signature move, the People’s Elbow, along with his finishing move, the Rock Bottom, the now-Hollywood movie star had plenty of memorable moments during his professional career.

Here are 15 eyebrow-raising facts of Dwayne Johnson during his WWE career and beyond:

1. His father and grandfather were both inducted in the WWE Hall of Fame ? in the same year.

Not only does the fact that his father ? “Soulman” Rocky Johnson ? and grandfather ? “High Chief” Peter Maivia ? are both in the WWE Hall of Fame spark an eyebrow raise, but the fact that they were both inducted independently in the same year is quite interesting.

2. He was arrested multiple times as a teenager.

In 2016, the Moana costar was on the Jimmy Kimmel Show to discuss the Disney movie. During the interview, Johnson talked about how he was arrested multiple times growing up, and how he went back to Hawaii to go back to the places where he did bad things in order to redeem himself.

The Rock revealed that he would steal candy from 7-Eleven on the way to walking to the gym.

3. He was a part of the 1991 Miami Hurricanes National Championship team.

Playing as a defensive tackle, and billed as 6-foot-5 and 253 pounds from Bethlehem, Pennsylvania, Johnson was a member of the 1991 National Championship team with the Miami Hurricanes.

4. Jerry Lawler was very instrumental in the success of The Rock.

Before establishing himself on the WWE main roster, The Rock ? as Flex Kavana ? was sent from New York to the USWA to further develop his character and in-ring ability. Lawler’s USWA in Memphis, Tennessee, eventually became a hub for WWE to place their talent while they were still green.

In a 2016 WWE.com interview, Lawler stated regarding The Rock: “Rather than giving them exposure on national TV while they were still green, [WWE sent] ?em down to Memphis. They?d get to work every night, they?d get to do TV shows and all that sort of stuff and get a lot of matches under their belt, and when they?re ready, boom. You?d bring ?em up and showcase ?em.”

5. He set a Guinness World Record for most selfies taken in three minutes.

During his film premiere of San Andreas in 2015, The Rock’s eyebrows were in full force, as he set a Guinness World Record for the number of selfies taken in three minutes. The total was 105.

6. He also set a Guinness World Record for his role in The Scorpion King.

RELATED: How Wrestling and Hollywood Made Dwayne ?The Rock? Johnson Filthy Rich

In 2002, The Rock played the main character in The Scorpion King movie. He also set a Guinness World Record of the highest-paid first-time leading man at $5.5 million.

7. His first WWE match was against…?

8. WWE put their stock in The Rock quite early.

Only a few matches into his WWE in-ring career, The Rock made his television debut at the 1996 Survivor Series pay-per-view. He teamed with Jake Roberts, The Stalker (Barry Windham), and Marc Mero in a win against Jerry Lawler, Goldust, Hunter Hearst Helmsley and Crush.

He went on a streak without getting pinned or being forced to submit for nearly five months, before losing to Savio Vega on the April 9, 1997 taping of Monday Night Raw. In fact, he won the Intercontinental Championship just three months after his WWE in-ring television debut.

9. “The Rock” was born due to the reaction of the fans.

In a 2016 interview with HuffPost, Johnson explained that “The Rock” was born after receiving a very negative response from the fans over his character as a babyface (good guy). “It wasn?t me personally that they didn?t like. “It?s that I wasn?t being me. I wasn?t being real. I wasn?t being authentic. Who is this guy in wrestling who?s smiling when he?s getting beat?”

This caused the progressive character change from Rocky Maivia to The Rock. Vince McMahon told him, “When you come back, we could continue to shove you down people?s throats, or we could turn you heel because they want to boo you anyway.” In return, The Rock “grabbed the microphone. Fans were already booing. They started chanting, ?Rocky sucks.'”

This is when The Rock was born.

10. It was nearly a 11-year gap between WWE Championships.

Before going into Hollywood full-time, The Rock commenced his seventh title reign in 2002 and remained champion for a month before losing to Brock Lesnar at SummerSlam.

At the Royal Rumble event in 2013, he defeated CM Punk to become WWE Champion before losing to John Cena at WrestleMania 29.

11. He holds the WrestleMania record for the shortest match ever.

At WrestleMania 32, The Rock stepped into the ring for his last time to date. He defeated Erick Rowan in six seconds, which is the shortest match in the history of the series.

12. His daughter Simone aspires to be a pro wrestler.

To continue the legacy of the Samoan dynasty, The Rock’s daughter, Simone, also aspires to become a pro wrestler. Triple H stated in an NXT conference call (h/t ComicBook), “I know she has ‘the bug’ of the business. She caught the love of it from her father… Will you see more of her in the future? It would be hard not to see her in the future.”

She is training at the WWE performance center.

13. The origin behind the Rocky Maivia name.

After his time as Flex Kavana, Johnson became Rocky Maivia upon making his television debut. This name came from parts of both his father (Rocky Johnson) and grandfather’s (Peter Maivia) name.

14. The Rock has an elite Saturday Night Live presence.

In 2019, The Rock celebrated the 17-year anniversary of his WrestleMania 18 match against Hollywood Hulk Hogan. The Rock stated that Hogan passed the torch in this match, as he was able to gain a victory over The Immortal One.

Rock stated in the Instagram post, naming his top three wrestlers of all-time, “the truth is ? to me ? the GOAT are the three men… who paved the way for me and so many others in pro wrestling/ Hulk Hogan, Ric Flair, Steve Austin.”

MORE: The Rock?s 3 Daughters May Rival Their Dad?s Stardom One Day