The Legendary Rise of the Dudley Boyz 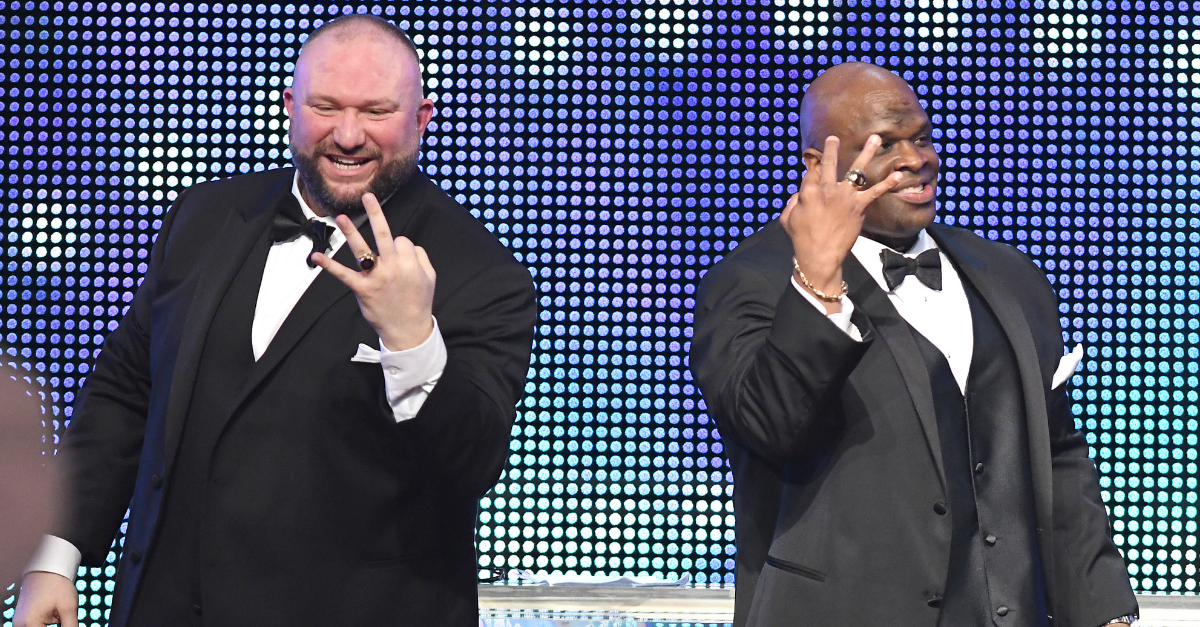 Known as one of the most decorated tag teams in professional wrestling history, the Dudley Boyz duo of Bubba Ray Dudley and D-Von Dudley started their run in 1996. At this time, they made their name known while competing for the Extreme Championship Wrestling (ECW) promotion, billed from “Dudleyville.”

Being two of many members of the Dudley Boyz stable, Bubba — named Buh Buh Ray while in EC — and D-Von stood out do to Buh Buh’s stuttering gimmick, which included D-Von playing the role of his handler “brother” and often hitting him during his promos to help his stuttering.

Less than a year after their ECW debut, The Dudleyz won the ECW World Tag Team Championships by defeating The Eliminators. They only retained the title for a month but regained it just two months later in a handicap match against John Kronus. Once again, however, they only retained it for a month.

This was the beginning of eight total ECW Tag Team Championship reigns before leaving Paul Heyman and ECW for WWF/WWE in 1999.

While in WWE, The Dudleyz maintained their hardcore style while also keeping their tag team push from ECW. After just a few matches, The Dudleyz made their WWE Raw debut by defeating The New Brood ⁠— Matt Hardy and Jeff Hardy. Similar to their ECW run, Bubba Ray and D-Von won the WWE Tag Team Championships less than a year after their debut, defeating the New Age Outlaws at the No Way Out 2000 pay-per-view.

A little over a month later, The Dudleyz competed in the first of a trilogy of ladder matches against The Hardy Boyz and Edge and Christian, at WrestleMania 16, losing the tag team titles at this event. All of these matches were won by Edge & Christian, which included a TLC match at both SummerSlam 2000 and WrestleMania 17.

A pivotal moment for the The Dudley Boyz’ push was in 2000, with one of their most memorable moments being Bubba Ray powerbombing Mae Young from the stage through a table. In 2001, Bubba Ray and D-Von also brought in their ECW stablemate, Spike Dudley, and competed with him in numerous six-man tag team matches before Spike broke away from the faction for other WWE endeavors.

During the 2001 Invasion Era, The Dudley Boyz aligned with Shane McMahon and Stephanie McMahon‘s Alliance faction to compete against Vince McMahon and WWE, feuding with numerous teams, including Bob & Crash Holly, Edge & Christian, The APA, and Kane & The Undertaker. They were also the last WCW Tag Team Champions, before defeating The Hardy Boyz at Survivor Series to unify the WWE and WCW tag titles.

This was just the beginning of an incredible run from The Dudleyz. They won a total of nine WWE tag team titles spanning from 2000-2004, gaining championships from wins on Raw, SmackDown, and pay-per-views.

The Dudleyz left the WWE in 2005, joining the TNA brand that year as Team 3D (which comes from their finisher, the Dudley Death Drop). The duo also competed for All Japan Pro Wrestling and New Japan Pro Wrestling, winning the IWGP Heavyweight Tag Team Championships in 2009.

The Last Ride for The Dudley Boyz

Bubba Ray made his WWE return at the 2015 Royal Rumble match to a resounding ovation. It was his first appearance in the company in nearly 10 years. This sparked a Dudley Boyz return, and they had a one-year run in WWE feuding with teams such as The Usos, The New Day, Enzo & Cass, and teaming with Tommy Dreamer against The Wyatt Family.

The Dudley Boyz retired in 2016 during an episode of WWE Raw, and was then attacked by Karl Anderson & Luke Gallows. They officially retired as a tag team following a couple of matches on independent shows.

In 2018, The Dudley Boyz were inducted into the WWE Hall of Fame, which was headlined by Bill Goldberg. Undoubtedly, The Dudley Boyz are one of the greatest teams in WWE history, and pro wrestling history in general. WWE.com created a playlist of some of their greatest moments, which include the first time they used the 3D, winning the WWE tag titles for the first time, and their match against the Brothers of Destruction.

While Devon is an backstage producer in WWE, Bubba Ray is now a staple figure in Ring of Honor, returning to his Bully Ray character.

Since joining ROH in 2017, Bully Ray has helped the careers of names such as Flip Gordon, Shane Taylor, and Matt Taven, among others.