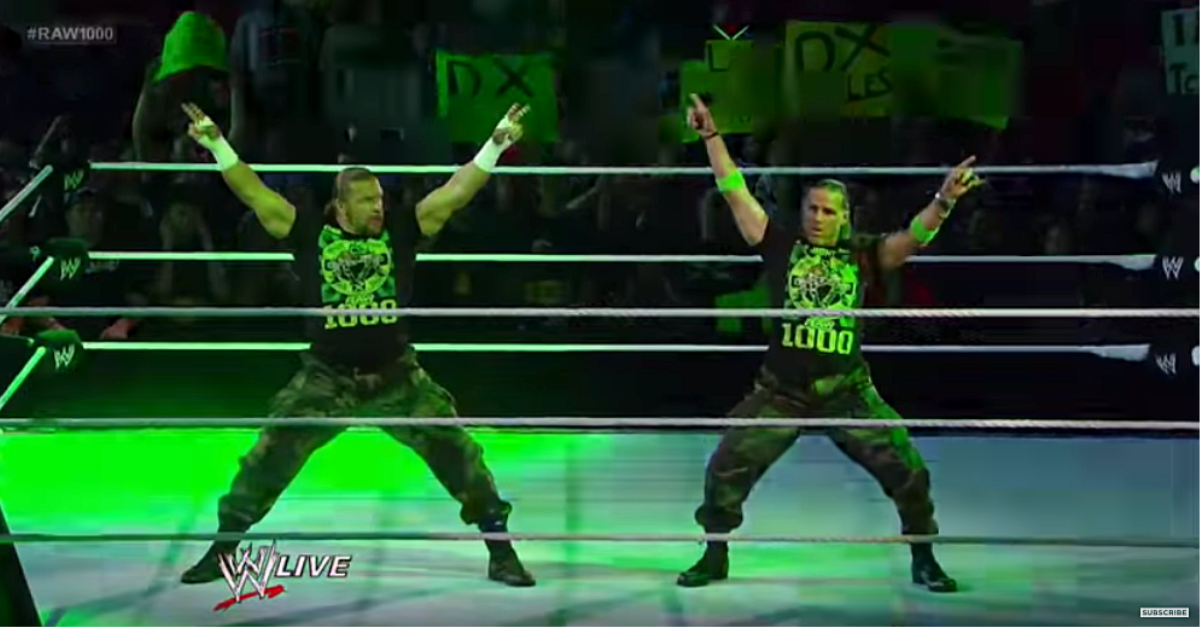 Although many would critique the current WWE tag team picture in a very negative light, this was not always the case for the company. Throughout the 1980s and 90s, tag teams were at peak interest, actually being a major feature on all WWF programming. Throughout these decades, tag teams were so important that not only the team themselves became iconic, but also individuals from certain teams as well.

For instance, the Hart Foundation (Bret Hart & Jim Neidhart) ? originally managed by Jimmy Hart ? were one of the most popular WWF teams in the 1980s, winning the World Tag Team Championships on two occasions. This team spawned the singles push of Bret Hart, and he become one of the greatest WWE superstars of all time, a five-time WWE World Heavyweight Champion, as well as being known as one of the greatest technical wrestlers in pro wrestling history and a two-time WWE Hall of Fame recipient.

The British Bulldogs, another team among the most popular in the 1980s, spawned the singles push of Davey Boy Smith, who became Intercontinental Championship by defeating Bret Hart at SummerSlam 1992.

In eras where names such as Hulk Hogan, The Undertaker, The Ultimate Warrior, Andre the Giant, and Ric Flair were among the most popular, some of the greatest tag teams in the history of the business were also being showcased.

Teams such as The Rockers (Shawn Michaels & Marty Jannetty), The Natural Disasters (Earthquake & Typhoon), Demolition, The Brain Busters (Arn Anderson & Tully Blanchard), The Wild Samoans (Afa & Sika), Money Inc (Ted DiBiase & IRS), and the Legion of Doom/Road Warriors (Hawk & Animal) were such of the top teams in the 1980s and early 90s, showcasing both standout gimmicks and in-ring work.

The Mega Powers duo of Hulk Hogan and Randy Savage also made a stamp in the division for a brief period of time, before setting up their match at WrestleMania V.

In addition to these two, The Iron Sheik and Nikolai Volkoff is another pairing of two top singles names to form a formidable team. In fact, Sheik & Volkoff won the tag team titles at the first WrestleMania in 1985, defeating the U.S. Express (Barry Windham & Mike Rotunda).

RELATED: 10 Wrestlers We Loved From The 1980’s Golden Age

Tag Teams of the Attitude Era

Nowadays, although the tag division is not nearly as exciting, and teams such as The Usos, The New Day (Kofi Kingston, Big E, and Xavier Woods), and The Revival are among staple teams on Raw and SmackDown, the time spent to creative larger-than-life teams are nowhere near as emphasized as it was in the 80s and 90s.

So, based on these eras of teams, which one is the greatest in WWE history?

Over the decades, many teams have a strong argument of staking their claim of being the greatest tag team in WWE history.