Before WWE, Randy Orton Gave Up on the U.S. Marines 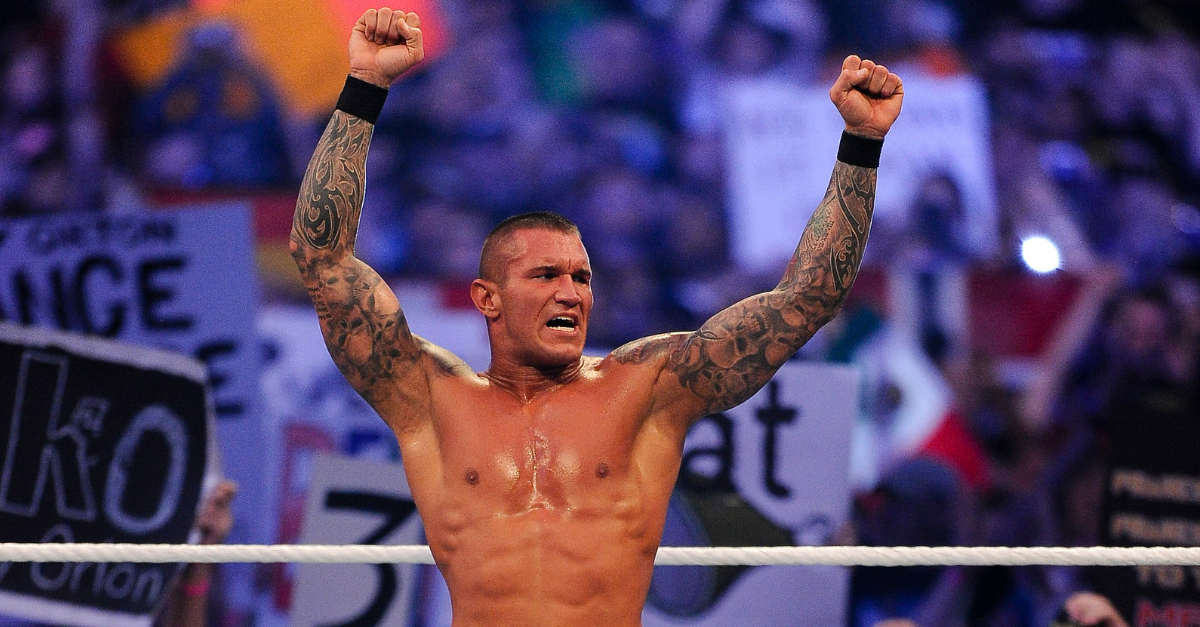 Instead of following the wrestling footsteps of his father, former WWF star “Cowboy” Bob Orton, and grandfather, Bob Orton, Sr, Randy Orton decided to enlist in the United States Marine Corps after graduating from Hazelwood Central High School in 1998. However, it didn’t go well at all.

Orton’s rebellious attitude did not gel well while in the USMC, as his tenure was disrupted by going AWOL on two occasions due to disobeying orders from a commanding officer. As a result, he was removed from the USMC just a year later due to a bad conduct discharge and even served 38 days in military prison.

In 2012, TMZ reported that Orton was a leading candidate in the Marine 3: Homefront movie, but this was received immediately with backlash due to his military background.

A representative from WWE told TMZ, “WWE demonstrated poor judgment in signing Randy Orton for the 3rd installment of the film.” The rep added regarding his Marine: Homefront removal, “Despite Randy’s popularity, his dishonorable discharge from the USMC made it inappropriate for him to be cast in this film.” Before this, he was also scheduled to star in The Marine 2, but could not due to injury.

After his short stint in the military, Orton decided to continue the legacy of his father and grandfather, becoming a professional wrestler in 2000 and debuting for the Mid-Missouri Wrestling Association-Southern Illinois Conference Wrestling promotion in St. Louis.

In 2001, Orton began competing for WWE’s then-developmental promotion, Ohio Valley Wrestling. With his professional wrestling pedigree as a third-generation competitor, it did not take long for Orton to be moved up to the main roster and made his official debut as a WWE Superstar in 2002, initially on WWE SmackDown, but then the WWE Raw months later.

Fast forward 17 years. Orton has taken his troubled military past, and even real-life problems with temper throughout his pro wrestling career, and transformed them into an incredibly successful WWE career.  Since 2002, Orton became popular by becoming a member of the Evolution stable with Triple H, Ric Flair, and Batista, using this alliance to win the Intercontinental Championship. Just two years after his main roster debut, Orton defeated Chris Benoit at SummerSlam 2004 PPV to become the youngest World Heavyweight Champion in WWE history.

During Orton’s WWE career, he went from the Legend Killer to The Viper and Apex Predator. Now as a main event star and 13-time world champion ? nine reigns with the WWE Championship and four reigns with the World Heavyweight Championship ? Orton has turned his military experience into a positive by being a part of the annual WWE Tribute to the Troops programs. Although Orton was not a part of the Marine movie series, he did land star roles in WWE Studios’ 12 Rounds 2: Reloaded in 2013 and The Condemned 2 in 2015.

Currently, Orton is a top star on the SmackDown Live brand, and has been a part of several notable WrestleMania moments throughout his career with names including The Undertaker, Triple H, and Kurt Angle. Although he started his adult life on a bad foot with his military discharge, Vince McMahon gave him an opportunity in the WWE, and he is now one of the most accomplished stars in company history.