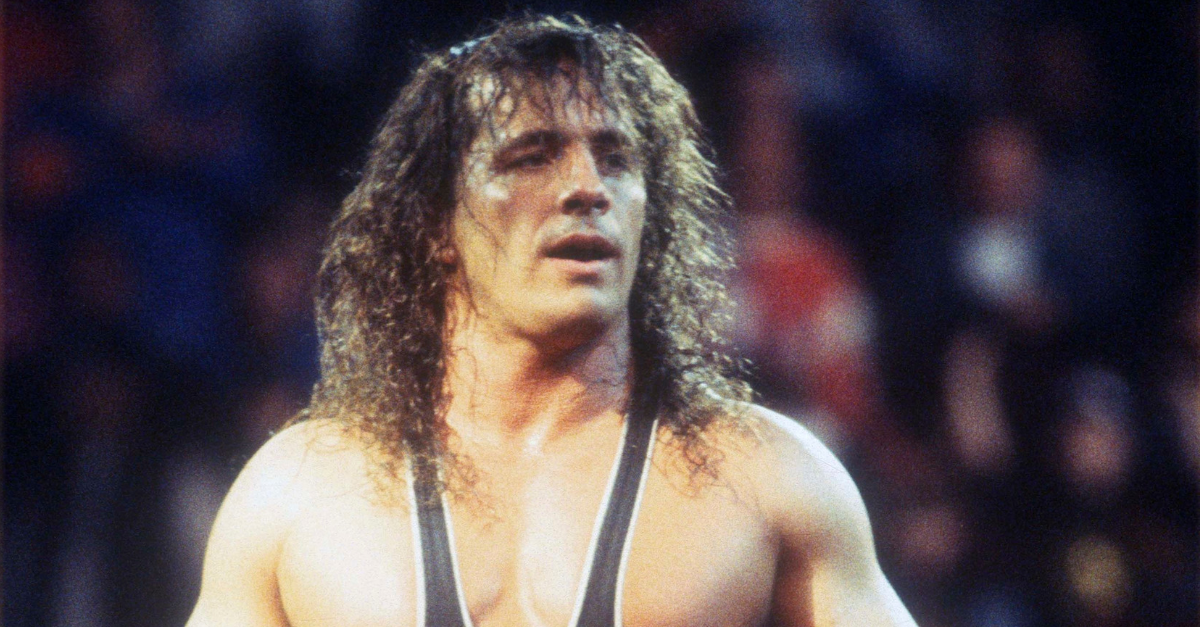 In the 1980s era of pop culture, Vince McMahon took advantage of an opportunity to expand the WWE into a sports entertainment phenomenon. With Hulk Hogan at the helm, the World Wrestling Federation (WWF) used Hogan to face fellow larger-than-life characters such as Andre the Giant, King Kong Bundy, Big John Studd, and Kamala. In addition to these names, Hogan also faced names such as Earthquake, Typhoon, The Ultimate Warrior, and Akeem in the early 1990s to keep the concept of him defeating larger-than-life characters.

Despite this very successful format, which propelled WWE into a national stage, WWE also began to feature names who were more focused on in-ring work, such as Randy Savage, Bret Hart, and Shawn Michaels. In 1992, McMahon made a bold move to transition the spotlight from massive, larger-than-life characters to technical wrestlers. When the Raw series began in 1993, The Undertaker, Bret Hart, and Shawn Michaels were three names at the forefront of the company, integrating both big character (Undertaker) and in-ring focus (Hart and Michaels).

In 1992, when Michaels made his turn to the dark side after attacking his Rockers teammate, Marty Jannetty, he began feuding with Hart over the Intercontinental Championship. At the 1992 Survivor Series, Hart defeated Michaels in the main event match. The two continued to compete in matches, until the next pivotal moment when Michaels defeated Hart in an 60-minute Ironman match at WrestleMania XII.

RELATED: Shawn Michaels Has Built a Texas-Sized Net Worth From Wrestling

A year later, the relationship with Bret Hart and Shawn Michaels was much different. In fact, it soured. The moment that has been widely spread over the years is when Michaels made a comment to Hart that ? in Hart’s opinion ? grossly defamed his character. By this time, Hart was one of the biggest villains in the WWE, having a pompous, pro-Canada attitude and joining forces with Owen Hart, Jim Neidhart, Brian Pillman, and The British Bulldog to form The Hart Foundation stable. Just a couple of months prior, Michaels formed the uber-edgy and controversial D-Generation X stable with Triple H, Chyna, and Rick Rude.

On the May 19, 1997 episode of Monday Night Raw, Hart challenged Michaels to a match at the King of the Ring in which he said that he would beat him in 10 minutes. Michaels accepted, but under the clause of the members of the Hart Foundation being handcuffed so they cannot interfere. Michaels then said something that even further soured their relationship.

“Bret, believe me. You couldn’t go 10 minutes in any situation. If you know what I mean. Even though lately you’ve had some, “sunny days”, my friend, you still can’t get the job done.”

Instead, Michaels ended up facing “Stone Cold” Steve Austin at the King of the Ring, with Austin attacking Hart to further injure his knee. Hart ended up challenging five men for a match against The Hart Foundation at the Canadian Stampede event. At the next event, Ground Zero, Hart and Michaels were in different feuds, as Michaels competed against The Undertaker, and Hart competed against The Patriot.

WWF Ground Zero In Your House! The main event featured Shawn Michales facing The Undertaker for the first time ever! Available on the WWE Network! pic.twitter.com/539hjjNDzJ

These two feuds continued at the Badd Blood pay-per-view, as Michaels defeated The Undertaker in a Hell in a Cell match and Hart and Bulldog defeated The Patriot and Vader in a Flag Match. Following this event, Hart and Michaels would rekindle their bitter feud, leading into the Survivor Series pay-per-view. The next night on Raw after Bad Blood, the Hart Foundation and DX storyline intensified, as Triple H defeated Bret Hart by count-out to close the episode.

Although there was real-life animosity between the two, their resentment towards each other did add an authentic dynamic for the spectators during the feud. This real-life rivalry even further escalated when the two were involved in a fight backstage over ongoing jabs made at each other.

As documented on Viceland, Jim Cornette stated that Michaels went to the office with a piece of his hair and stated that it was an “unsafe working environment.”

By this time, in WWE, they were losing the Monday Night Wars at an embarrassing rate. For the entire year of 1997, Raw did not beat WCW Monday Nitro head-to-head at all. At the time leading up to the 1997 Survivor Series, Raw did not beat Nitro in head-to-head ratings since June 10, 1996, despite names such as Austin, Undertaker, The Rock, and DX leading WWF during the Attitude Era at the time.

This caused McMahon to cut costs, which led to The Hitman signing a contract with World Championship Wrestling (WCW). McMahon told Hart that he was going to drop the title belt to Michaels at the PPV, and Hart stated that he went to shake Michael’s hand in the locker room and tell him that he will be safe in the ring with him.

According to Hart’s account, Michaels looked at him after he shook his hand and said, “I appreciate that, but I just want you to know that I am not willing to do the same thing for you.” He then turned around, walked out of the dressing room, and slammed the door.

Since Bret Hart had creative control for the remainder of his contract, he decided to not lose to Michaels in his home country because of the acrimonious state Michaels was in. Heading into the fateful evening, Hart did have some reservations that referee Earl Hebner could negatively influence the match. On the airplane, Hart talked to Hebner, and the veteran referee promised that he was not going to go rogue on The Hitman on his way out of the company.

In one of wrestling's most infamous moments, @brethart is stripped of his championship title through a backstage plot of betrayal that forever changes the sport. 🤼‍♂️ 🤯

At the same time, a production company was documenting Hart’s last moments in the WWE, and titled this journey Wrestling with Shadows. Unbeknownst to Vince McMahon, Bret Hart was mic’d up during their conversation about the finish of the match. On the way to the ring, Hebner was pulled aside by Gerald Brisco, and was told that McMahon wanted him to ring the bell when Michaels put Hart in the sharpshooter.

During the title match, Michaels put Hart in the submission hold, and The Hitman made the attempt to reverse. Hebner completed the double-cross after McMahon at ringside shouted to ring the bell, and that’s when wrestling fans experienced the Montreal Screwjob.

Although Hart felt that Michaels was also in on the whole thing, Michaels initially denied it. With Wrestling with Shadows still recording Hart’s journey, he stormed backstage in the room alone with Vince McMahon. In exchange for screwing Bret, Vince allowed The Hitman to punch him, and Bret knocked him down with his punch and left him with a black eye. Eric Bischoff announced the next day that Hart was joining WCW, and he debuted on the December 15 episode of Nitro.

Oddly, this also spawned the Mr. McMahon character, which was instrumental in WWE bouncing back in the ratings months later, and eventually winning the Monday Night Wars when WCW folded in 2001.

During a recent episode of the Pancakes and Powerslams Show, pro wrestling legend Black Bart give an interesting perspective on the infamous night at the 1997 Survivor Series.

“It had to go that [way]. [WWE] had to get [the title] off Bret, onto Michaels. But, I believe that both of them knew what was going on in that ring, and the referee, Earl Hebner, is one of my bestest friends. And he goes off saying he left the building scared that he was gonna get his butt whooped. He’s throwing his stuff in the bag and hauling booty. Everybody’s hauling booty from the building. Well, that’s what you get every main event. Every night. Main event, we can go. The main event’s over. Soon as that bell rings, we hit the crowd.”

After perhaps the darkest moment in Bret Hart’s career, he had a successful stint in WCW that lasted shortly over two years. Unfortunately, Hart kept competing in the ring after experiencing symptoms of post-concussion syndrome following a thrust kick from Bill Goldberg, and The Hitman was forced to retire.

Over 12 years later, Hart and Michaels appeared in the same ring for the first time since the Montreal Screwjob on the January 4, 2010 episode of Raw. This would launch a feud with Bret and Vince, which culminated at the WrestleMania 26 pay-per-view with Hart winning. Hart continued to wrestle in 2010, winning the United States Championship from The Miz, and competing in multiple SmackDown Live events with The Hart Dynasty.

The Montreal Screwjob is perhaps the most controversial moment in pro wrestling history, and led to a major rift between Hart and the WWE. Hart returned to the company in 2006 to be inducted into the WWE Hall of Fame, and both Michaels and Bret Hart became two-time Hall of Famers in 2019, further cementing themselves as two of the greatest superstars in professional wrestling history.