The University of Michigan basketball team was excelling under head coach John Beilien.

Beilein took the Wolverines to two national championship games in 2013 and 2018, placing UM among the top programs of the 2010s.

Then Beilein beelined out of Ann Arbor to the Cleveland Cavaliers in 2019.

In stepped Juwan Howard. Behind him? His loving wife, Jenine Howard. 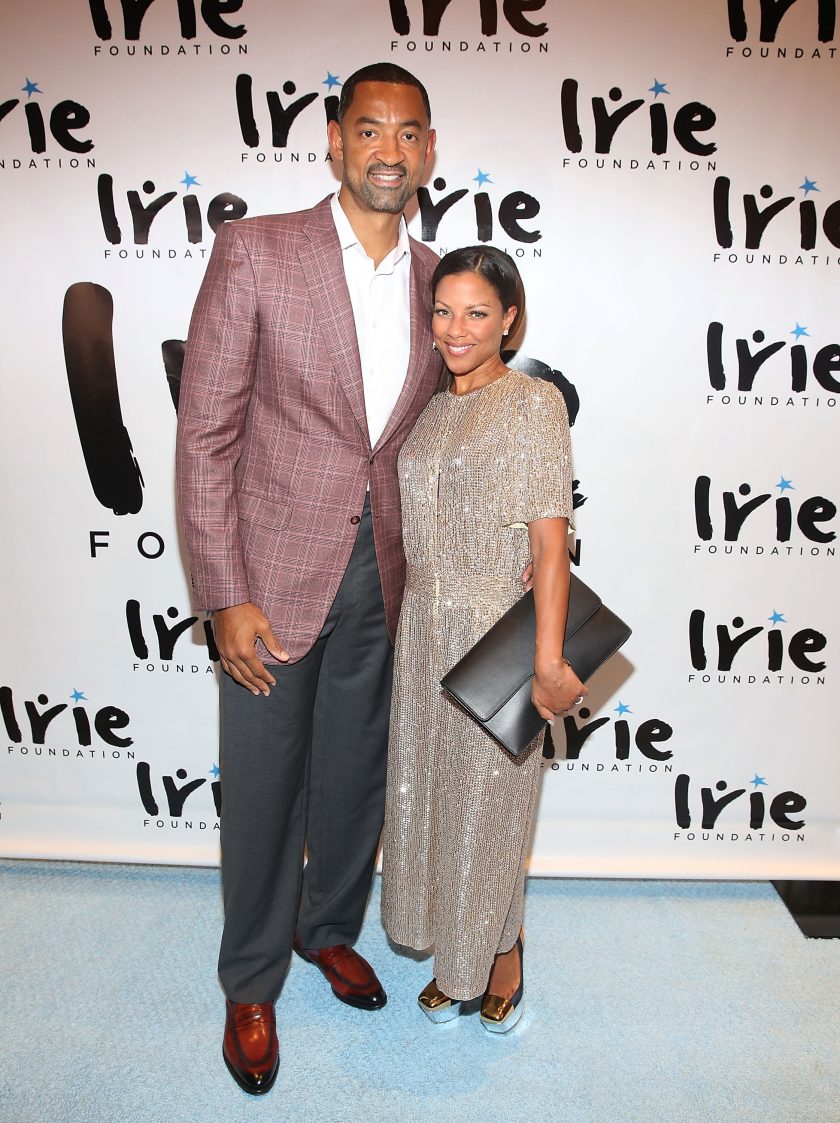 Their first son, Jace, was born in 2001. He currently plays for his father at Michigan.

During a game against Toledo on December 9, 2020, Jenine had some choice words for her son's coach.

Jace, who's a freshman, tallied three minutes in the team's 91-71 win.

Their second son, Jett, plays high school basketball at Montverde Academy in Florida. He's the 41st-ranked player in the class of 2022 according to ESPN and 37th according to 247Sports. He's expected to join the family in Ann Arbor. 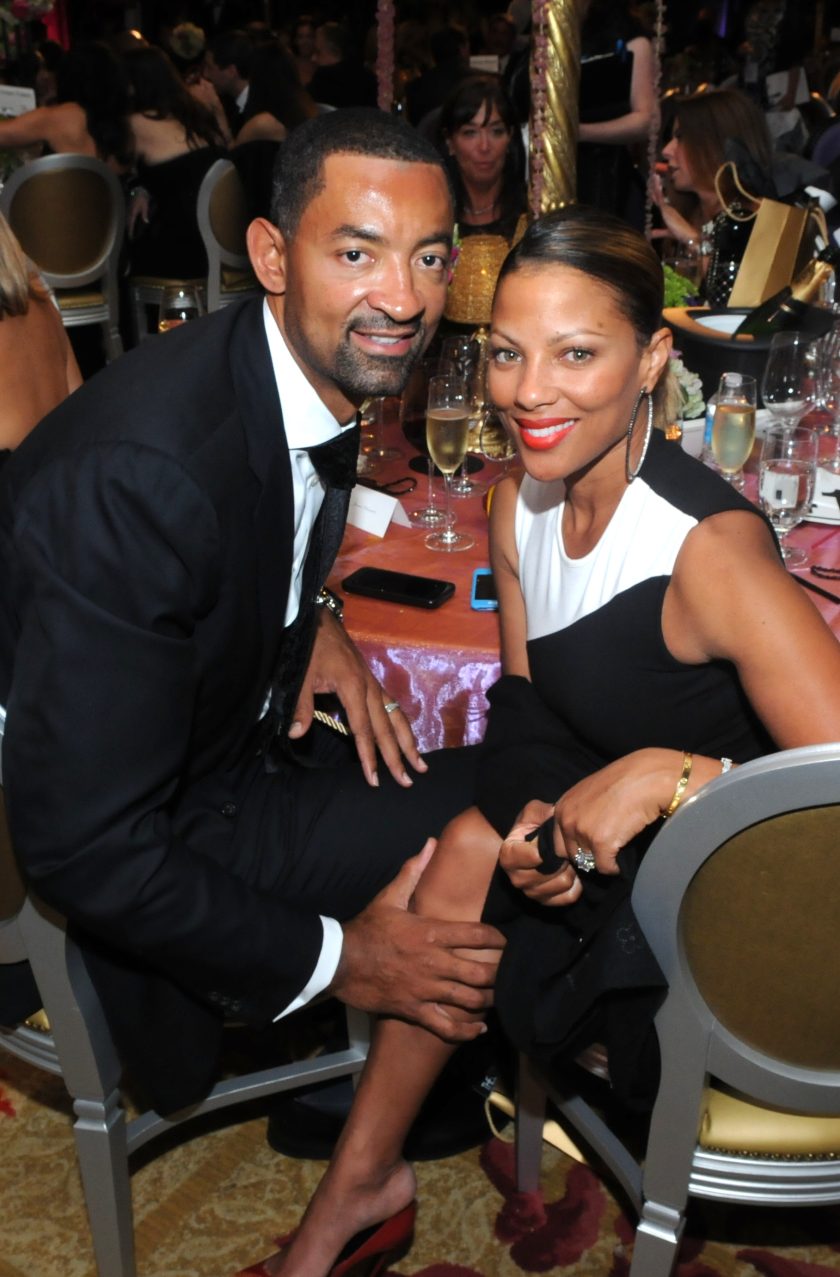 The Illinois native has four other children named Juwan Howard Jr., Josh Howard, Sky Howard and Starr Howard. Juwan Jr. is the son of Markita Blyden, a Detroit native who was the runner up for Michigan's Miss Basketball in 1990.

Jenine founded The Juice Foundation, an organization aimed at healthy lifestyle as the essential key to improving cancer survival. The foundation hosted several kid fashion events while the family was based in Miami.

Jenine is constantly supporting the Michigan Wolverines and was their most vocal supporter during the NCAA Tournament last year. 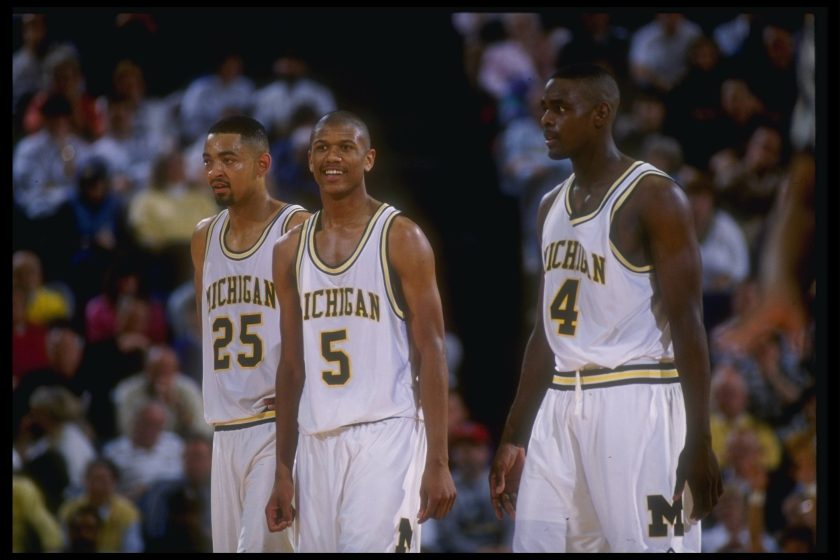 Juwan Antonio Howard -- the son of Helena Howard and Leroy Watson -- has a place in the history books at Michigan. As a member of the Fab Five, the Chicago Vocational Career Academy grad was an integral part of the culture-changing group of freshman along with Chris Webber, Jalen Rose, Jimmy King and Ray Jackson.

The power forward was the fifth-overall pick by the Washington Bullets in the 1994 NBA Draft. In 1996, the D.C. team signed Howard to a seven-year, $105 million contract -- making him the first NBA player to sign a contract worth more than $100 million and drastically increasing his net worth.

He played 19 years with several NBA teams including the Bullets/Wizards, Dallas Mavericks, Denver Nuggets, Orlando Magic, Houston Rockets, Charlotte Bobcats, Portland Trail Blazers and Miami Heat. At each stop, particularly in Miami where he won two NBA championships, he picked up something new about the game.

Howard was a well-respected veteran presence on the Heat and became an assistant coach under Erik Spoelstra after concluding his playing career in 2013. He was on the Miami bench until 2019 when his alma mater called.

The Wolverines haven't missed a beat under the former professional basketball player. As one of the top teams and recruiting destinations in the country, the program is in good hands.