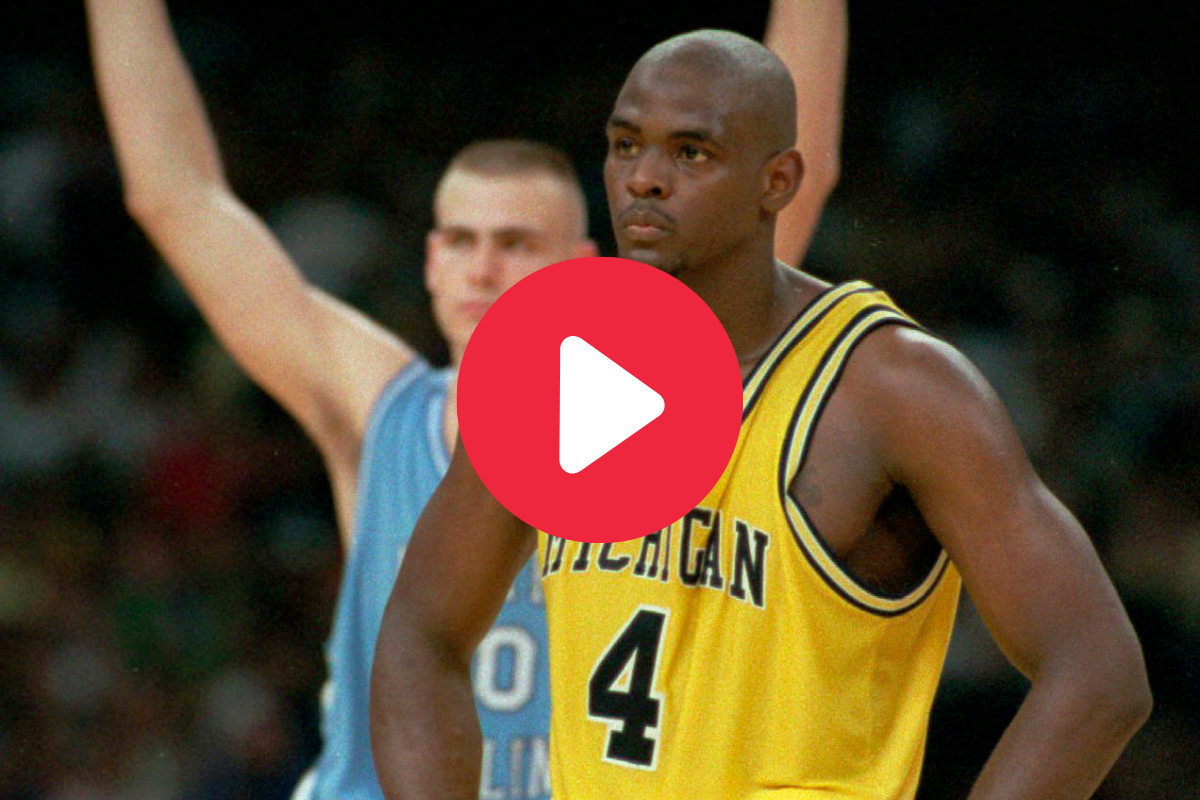 Chris Webber bailed out the ref.

The 64,000 in attendance ? and the 35 million watching on TV ? saw the Michigan Wolverines forward snag a missed Pat Sullivan free-throw and travel. The three men in the striped shirts missed it.

The plan was to get Jalen Rose the ball to make a play for himself or create a look for Webber. UNC defender George Lynch refuted the outlet pass.

Webber debates if he should make the pass or call a timeout. He hesitates, travels, and takes the ball up the court himself.

Realizing time was against him, he dribbles toward the Michigan bench. A double team surrounds him, and he signals the nail in the coffin “T”. The scoreboard read zero timeouts.

Head coach Steve Fisher had addressed the situation in the huddle of their last break in the action. Technical foul.

Jalen Rose, Jimmy King, Juwan Howard, Ray Jackson, Rob Pelinka, and any player wearing a Michigan jersey were distraught. The clock had 11 ticks until the buzzer, but their fate was all but sealed.

The gravity of the mistake piled on Webber. His teammates tried to pick him up. Without him, the Wolverines wouldn’t have rolled through the Elite Eight and Final Four to the national championship game.

Webber answered Tar Heels center Eric Montross’ 16 points and Williams’ 25 with 23 of his own. He led the team in scoring and rebounding for the season. In the semifinals matchup of the Rainbow Classic in Hawaii earlier in the year, Webber’s 27 points and 8 rebounds helped defeat UNC 79-78.

This one hurt, though.

Michigan had done everything short of winning the NCAA Tournament in the two years of the Fab Five era. They played with attitude, they wore baggy shorts, they were young and exciting, they were the antithesis to the Duke Blue Devils, UCLA Bruins, Kentucky Wildcats and Arizona Wildcats. They were college basketball pioneers.

The story was supposed to end with a trophy and confetti.

It ended with a tears. On the Michigan bus departing New Orleans’ Superdome the only sound was Webber crying with his mother, who Fisher allowed to join.

The star power forward went on to be the No. 1 overall pick in the 1993 NBA Draft and have a solid career that included five All-Star appearances. Rose, Howard, King, and Jackson went on to be NBA players as well.

Webber avoids addressing the national title game and his time in Ann Arbor. In 2002, the university vacated the 1992-93 season due to players receiving payments and improper benefits from boosters. Webber was among the main beneficiaries.

History looks at the blunder as solely Webber’s. Had he not called the fateful timeout and Michigan pulled out the victory, it would’ve been the zebras mistake to bear.

He could be remembered as a March Madness hero and not a tragedy.