Will Texas A&M Finish With a Winning Record? Here are the Odds. 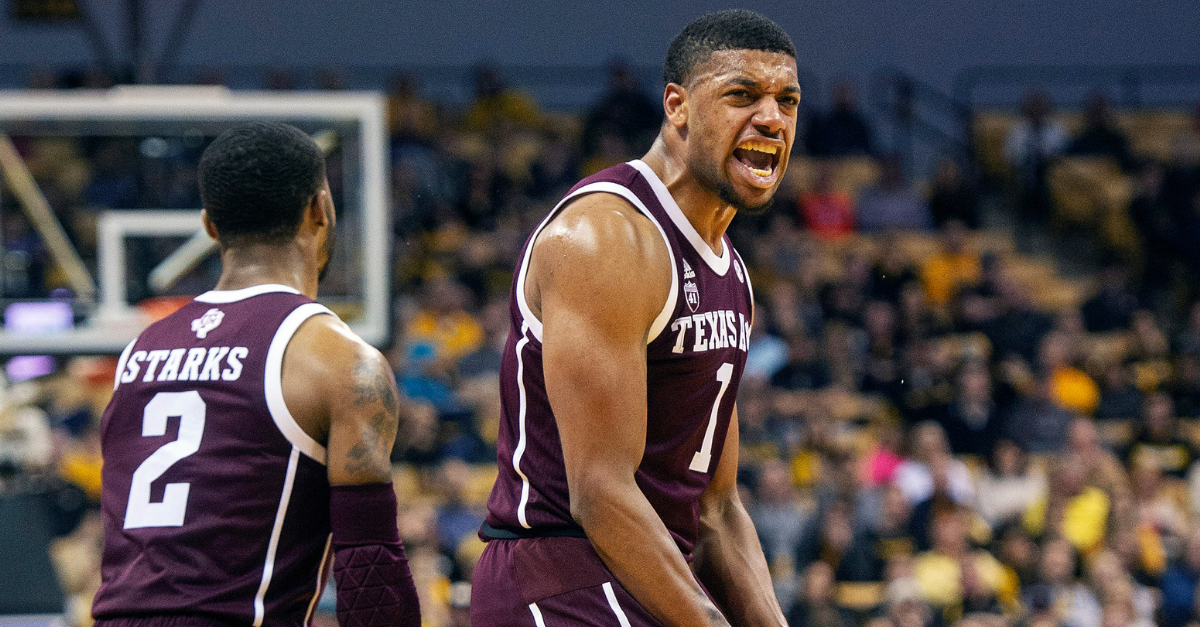 After defeating the Alabama Crimson Tide for the second time this season, Texas A&M?s record has improved to 11-14 overall and 4-9 in SEC play. Now, with five league games left, the Aggies can potentially climb back to .500 in the conference and even finish with a winning record for the regular season.

Here are the five remaining games and the percentage chance of the Aggies winning each one:

Arkansas has played pretty decent this season and currently have a winning record, but they are 10-5 at home. The Aggies will have their work cut out for them to beat the Razorbacks on the road.

This is the hardest game left on the schedule. LSU already beat the Aggies by double-digits and definitely still have something to play for.

The Commodores are the worst team in the league and are winless in the SEC. It?s great news for the Aggies that this game is scheduled in-between two difficult ones.

This is the second-hardest game remaining on the schedule, but the Aggies played them very tough on the road and only lost by seven points. Plus, it?s difficult to beat a team twice in the same season. Texas A&M will play them much harder at home in College Station.

Although they have a great overall record at 18-7, six of their seven losses have come in the SEC. For some reason, the Bulldogs are terrible in conference play this season. In addition, they are playing the No. 5 Tennessee Volunteers a few days before their last home game against the Aggies. Hopefully Texas A&M can catch them slipping in the final week.

Overall, the Aggies have a really good chance to turn this season around and finish strong with a winning record. It would mean a lot to the fans to see the squad turn the corner and show Aggie Nation that they have something to look forward to next season.