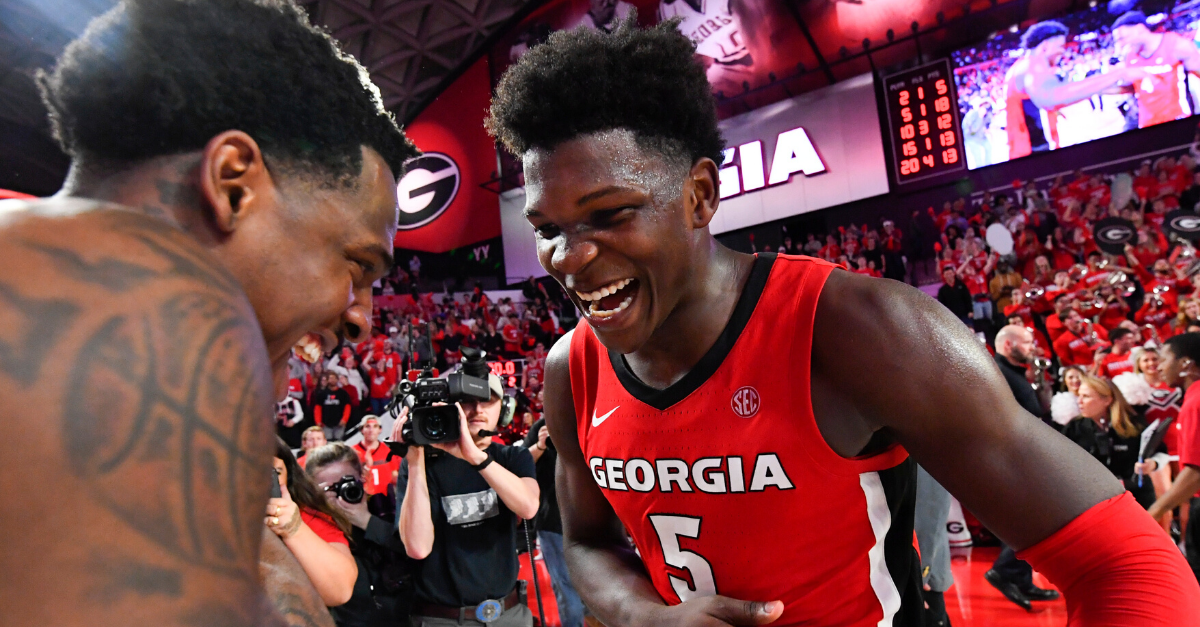 With the SEC Tournament bracket set, there are a few things we know heading into college basketball’s crowning few weeks. First, the Kentucky Wildcats aren’t going anywhere. Led by the 2019-20 SEC Player of the Year Immanuel Quickley and SEC Coach of the Year John Calipari, the Wildcats have the fourth-best odds to win the NCAA Tournament, and they’re the No. 1 overall seed heading into the Southeastern Conference basketball tournament.

Aside from the blue-blood of the group, several teams are looking to cement tournament bids — like Auburn, LSU and Florida — while a team like Mississippi State, which is one of ESPN analyst Joe Lundardi’s “First Four Out” of the NCAA Tournament, needs to win one or two games to earn their spot.

And with the regular season finished, the conference’s top men’s basketball players were honored by the Southeastern Conference.

Kentucky claimed the two most prestigious awards, while LSU’s Skylar Mays was named Scholar-Athlete of the Year, Georgia’s Anthony Edwards was named Freshman of the Year, Mississippi State’s Tyson Carter earned Sixth Man of the Year honors, and Tennessee’s Yves Pons was named Defensive Player of the Year.

The Alabama Crimson Tide and Kentucky Wildcats led the way with four players from each team being named all-conference. Florida earned three nominations, while Auburn, LSU, Mississippi State, South Carolina, Tennessee and Vanderbilt each had two. Arkansas, Georgia, and Ole Miss had one representative apiece.

He won his sixth SEC regular season title this year. @UKCoachCalipari is the #SECMBB Coach of the Year. https://t.co/OmkNLidieS pic.twitter.com/cPV4AoZAkP

This article was originally published March 10, 2020.

MORE: 30 Years Ago, The Runnin’ Rebels Were Kings of College Basketball