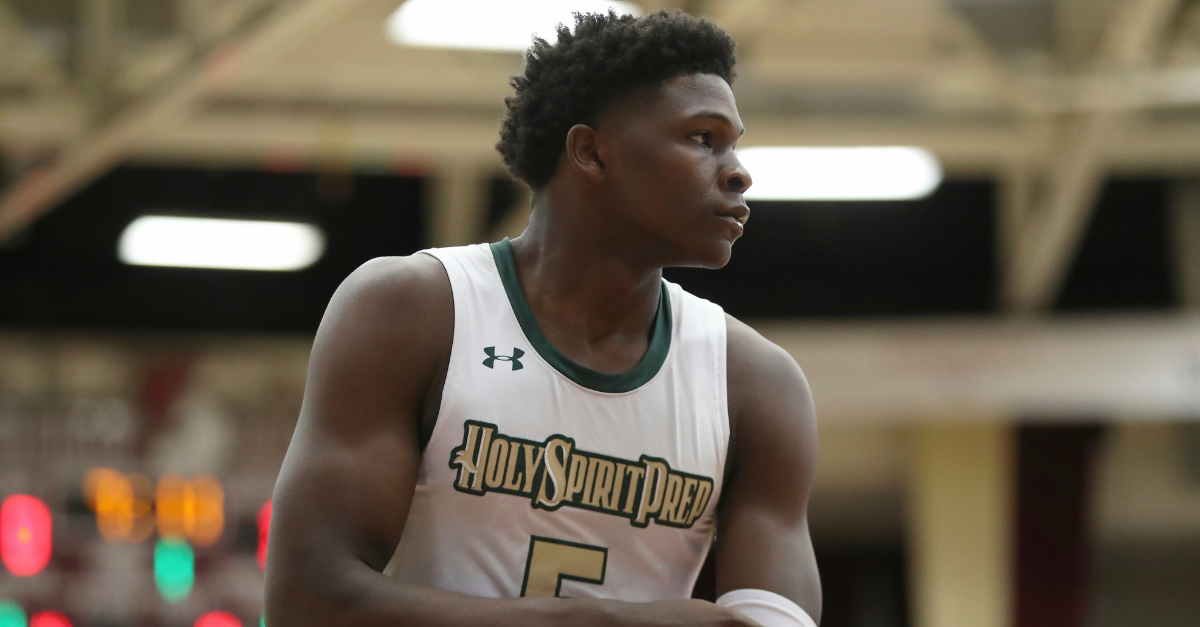 If you are a Georgia Bulldogs basketball fan, chances are Monday morning felt something like Christmas. Sure, this season isn?t going too well, but help is officially on the way for head coach Tom Crean.

Anthony Edwards, the nation?s top shooting guard and arguably the best high school player in the country from Holy Spirit Preparatory School in Atlanta, has committed to the Bulldogs and will bring a huge game and a massive buzz to Athens, Georgia next season.

The 6-foot-5 Edwards, a five-star prospect who chose Georgia over Kentucky and Florida State, is the highest-ranked recruit in Bulldogs history.

Anthony Edwards is going to be a Bulldog!

The No. 1 2019 prospect in the Top247 is heading to Georgia. pic.twitter.com/DtAfMxLjkw

To say this is a massive win for the University of Georgia would be a ridiculous understatement. The Bulldogs are about to get the best scorer in the country and potentially the No. 1 overall pick in the 2020 NBA Draft.

Anthony Edwards announces, as expected, that he has committed to Tom Crean and Georgia. He's the projected #2 pick in the ESPN 2020 mock draft. Here are highlights from his from the Under Armour Association. pic.twitter.com/VrzP5kwrZN

Originally a 2020 prospect, Edwards reclassified to 2019 in November, which made his recruitment even more electrifying than the 26.7 points and 8.7 rebounds he posts each game this season. He took an official visit to Georgia on December 1, visited Kentucky in late January, and was supposed to take another trip to Florida State this past weekend before he cancelled it.

Then, the moment happened. Edwards announced he was staying home and put the rest of the SEC and college basketball on notice that Georgia will be for real next season.

Edwards, a McDonald?s All-American and the No. 1 overall player according to 247Sports, is obviously the biggest prize of the 2019 recruiting class, but Crean has also landed two more top-100 wings in Carver (AL) small forward Jaykwon Walton and Chaminade-Madonna Prep small forward Toumani Camara.

So get ready, UGA fans. You are about to have one of the best high school prospect in years heading your way.

READ MORE: Georgia?s All-Time Starting 5 Would Score on Anybody and Everybody