Auburn’s Road to the Final Four is Tough, But These Tigers are Dangerous 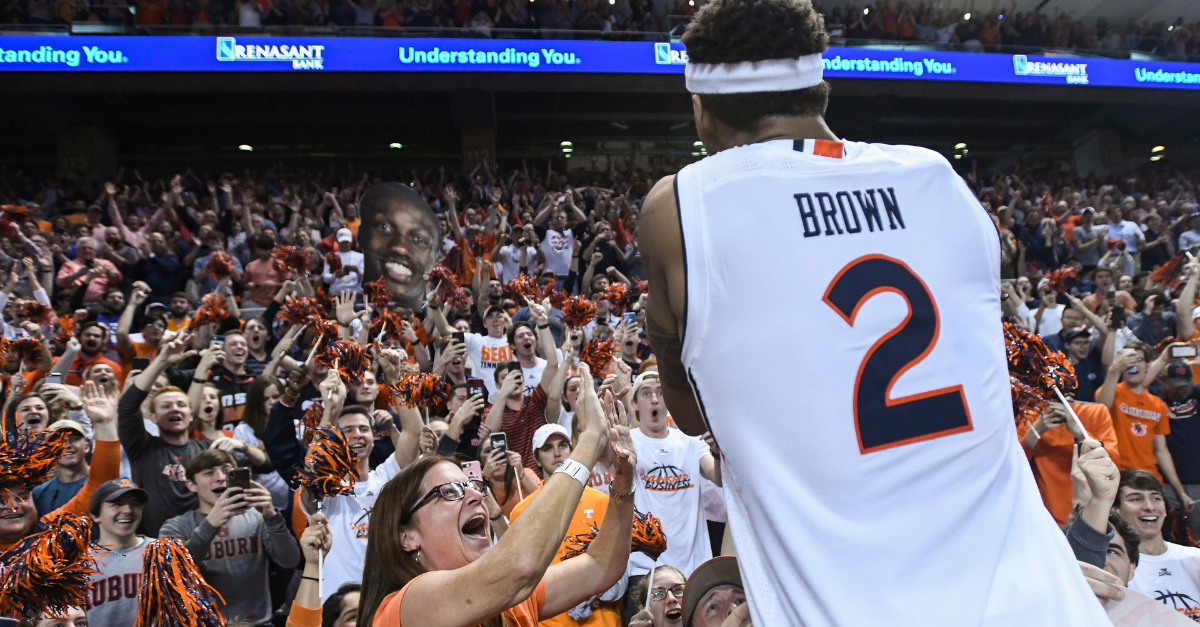 The selection committee did the SEC champion Auburn Tigers (25-9) no favors on Selection Sunday by giving head coach Bruce Pearl’s team the No. 5 seed in the Midwest Region at the 2019 NCAA Tournament.

The Tigers won the SEC Tournament championship by soundly beating the Tennessee Volunteers, 84-64, but that didn’t help their case. Rather than rewarding Auburn with a better seed in a closer region, the Tigers get to open up the first round in Salt Lake City, Utah against New Mexico State, a team that won 30 games and finished the year on a 19-game winning streak.

That?s the thanks the Tigers get for winning the SEC Tournament and beating one of college basketball’s top seeds twice in the past seven days.

Auburn was also placed in the Midwest Region with No. 1 seed North Carolina, 2-seed Kentucky, 4-seed Kansas and the Big 12 Tournament champion Iowa State as the No. 6 seed. Plus, 3-seed Houston won 31 games and the AAC title this year. Out of all the whole bracket, the Midwest Region is arguably the toughest, but Auburn is one of those squads that every team seeded around them should be worried about.

As good as the Vols are, they were no match for the Auburn basketball team in their last two meetings. The Tigers may not have a strong inside game, but if they can get hot from 3-point land, they are a team to be reckoned with in this tournament.

Auburn’s 5-seed is not indicative of how good they really are, but if they manage to get out of the Midwest and reach the Final Four, they would have to earn it.

If Auburn gets to the Final Four, they first, of course, have to beat WAC champion New Mexico State, which may not be an easy task. Then if they win that game, they could face the fourth-seeded Kansas Jayhawks in the second round, who were beaten by Iowa State in the Big 12 Tournament, but are one of the nation’s best scoring teams at 75.4 points per game.

Kansas almost lost to New Mexico State earlier this season, escaping with a 63-60 victory. The Aggies only have one player averaging in double figures in scoring ? Terrell Brown at 11.3 points per game ? yet they are still an incredibly balanced team with 13 players averaging at least 10 minutes per game.

Auburn as a 5 in Salt Lake against New Mexico State? With Kansas as the 4? That's a good draw for Auburn — at least in that pod.

The good news for Auburn is that the Jayhawks are being investigated by the NCAA, so that may be a distraction for them going into this tournament. it certainly seemed like it was during the Big 12 Tournament because they didn?t play like the Kansas we are used to seeing.

If Auburn reaches the Sweet 16, they would more than likely have to face No. 1 seeded North Carolina. Then, surprise! They could have to get through their SEC nemesis Kentucky Wildcats to make the Final Four.

Did I mention how tough this region is? But if there is one team in this region that could make a run to the Final Four, it would be Auburn.

Don?t sleep on these Tigers.

READ MORE: The 5 Best Scorers You Need to See in the 2019 NCAA Tournament