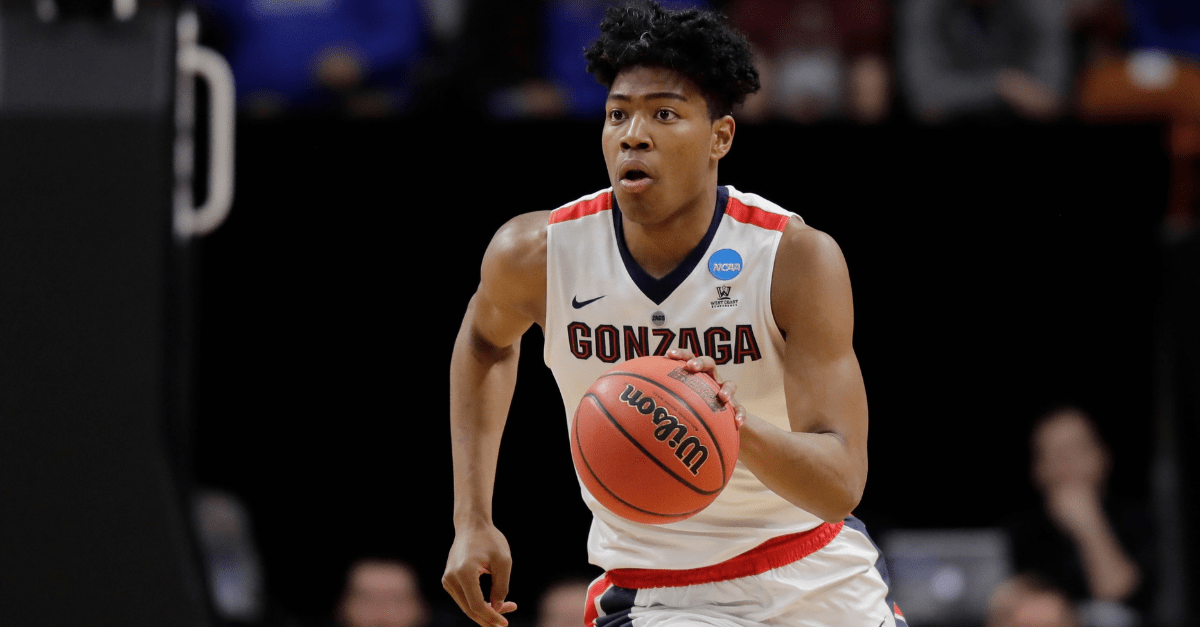 One of the biggest events of the entire year is finally here. With the bracket for the NCAA College Basketball Tournament finally released, the next few days will be spent studying who will make a run and who will be sent home early.

In the West Region, there is no shortage of talent though. The top seeds ? Gonzaga, Michigan, Texas Tech, and Florida State ? have impressed all season, but there are also some talented teams that could definitely bust some brackets. But who will be able to win four games and navigate their way to the Final Four to face off against the winner of the East Region?

Last but certainly not least, the West Region: pic.twitter.com/vgUZ0AwtjG

Not only does this region have some of the best teams in the country as top seeds, but there are a few lower-seeded teams who could make a run and be this year’s Cinderella story. The heavy favorite is for the Gonzaga Bulldogs to make another trip to the Final Four, but that isn’t a given with some of the teams they’d face along the way.

All 18 teams currently in this bracket stand a chance, no matter what they are seeded. But there are a few players and teams who I see as promising options to bust brackets and usher in March Madness.

It doesn’t really matter which of these teams Gonzaga faces, they are the favorite to make it out of the West, and the favorite to win the whole tournament by a lot of people. The Bulldogs don’t always play their best basketball come March, but this team earned their third one-seed under Mark Few, and the last time they did that was two seasons ago when they reached the National Championship and lost to North Carolina.

Their road through this region definitely isn’t easy, but they also got lucky. They don’t have any of the top ACC team’s in their region, the highest-ranked ACC team being Florida State. Michigan as the 2-seed is a good team, making a run to the championship game last season, but they are the 2-seed I would want compared to Tennessee, Kentucky, and Michigan State.

The Zags have three players averaging over 15 points, so they aren’t relying on one player to carry the load. The three-headed scoring monster of Rui Hachimura (20.1 ppg), Brandon Clarke (15.5 ppg, 8.4 rpg, and 3.1 blocks), and Zach Norvell Jr.(15.3 ppg) should carry this team far into this tournament.

Most Exciting Players to Watch

This may be the first look a lot of people get at Ja Morant, one of the top prospects heading into the 2019 NBA Draft. The Murray State guard torched defenses in the Ohio Valley Conference, averaging 24.6 points, 10 assists, and 5.5 rebounds. Morant put his name in the discussion to be taken in the top three or four picks in the upcoming NBA Draft with Zion Williamson and RJ Barrett of Duke. He is also the reason the Racers are seen as a solid upset pick over Marquette in the first round of the tournament.

His stats are listed right above. 15.5 points per game is nice to go along with 8.4 rebounds, but 3.1 blocks at just 6-foot-8 is crazy. Over the last few seasons, some of my favorite players to watch in the tournament have been the centers for Gonzaga, and I have a feeling this season wont be any different. The biggest difference is just the type of player it will be. In the past, they have had a big presence, stature-wise, in the middle. This season, he is a huge presence in how he protects the rim.

One of the more under-appreciated players in the country has to be Mfiondu Kabengele. He leads a deep and talented Florida State team in scoring while barely playing over 20 minutes per game. On the season, he led the team in scoring at 12.9 points per game and was second on the team at 5.7 rebounds per game. The thing that makes me excited about seeing Kabengele play in the tournament is how he played in the Seminoles’ biggest games this season. On the biggest stages, he played his best basketball. For example, against Duke in January, he had 24 points, 10 rebounds, three blocks, and two steals.

Not only does Murray State have one of the best players in the country, but also a matchup with a team in the Golden Eagles that have lost five of the last six games. Murray State has won their last 11, so they are heading in the opposite direction. The matchup between Morant and Markus Howard (25 ppg.) should be a great pitting two of the top-eight scorers in the country against each other.

Nevada pulled a tough one for the first round. Though it’s hard to say it is an upset in the 7 vs. 10 game, Florida is a team I could see making a run in this tournament. With a run to the semifinal of the SEC Tournament that included a win over LSU, this is a talented team that could beat anyone. The Gators may have only gone 19-15 on the season, but nine of those losses were to ranked teams. They also beat LSU twice. The Wolfpack has yet to prove they can beat a top team, and also lost to San Diego State, who went 21-13 in the Mountain West, twice. Florida has gone on runs in the NCAA Tournament before, and I could see that happening again.

Random Game I Want to See

This game opened the season for both programs on November 6th. For two rivals to face off in the NCAA Tournament would be really cool, and I think would be a great way for the West to finish and decide who goes to the Final Four. For this game to happen, it would take place in the Elite Eight. The Seminoles won the first match-up in November by 21 point, but I think both teams have changed and come a long way since then.

A game between Gonzaga and Michigan as the top-two seeds in the region would be great, but I will never turn down a game between hated rivals, especially with a trip to the Final Four on the line.

READ MORE: These are the 10 Best College Dunks of the Year, and Half of Them Are Zion