Winning Your Conference Tournament on Selection Sunday Means Nothing 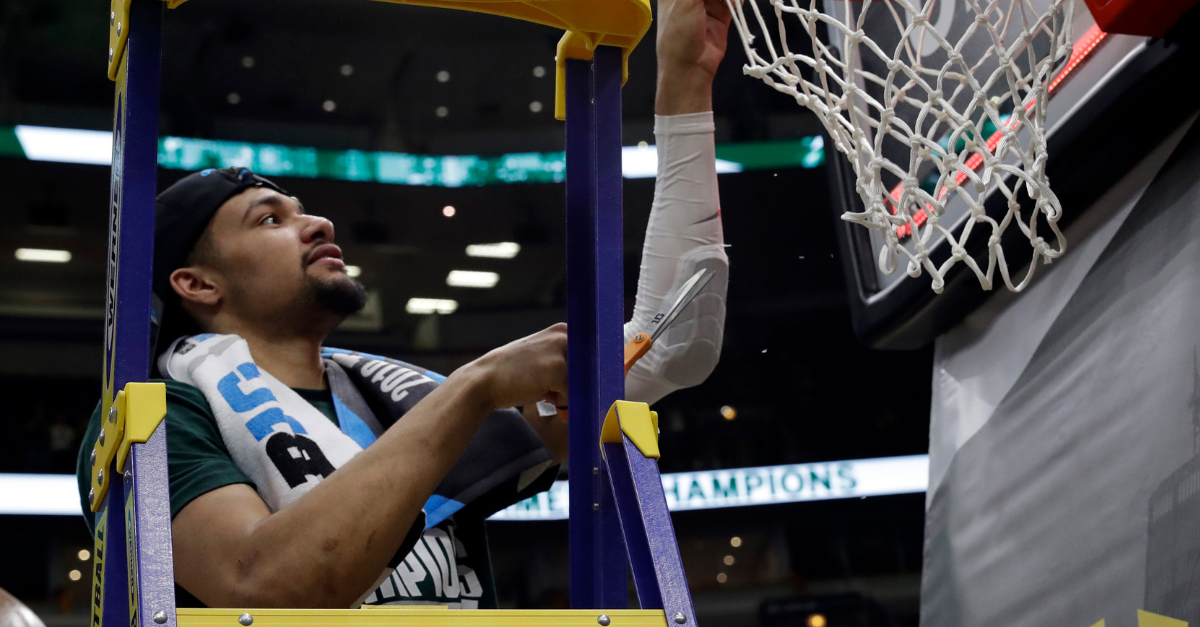 Congrats to the Auburn Tigers, Michigan State Spartans, and Cincinnati Bearcats. While the rest of the nation was patiently waiting for the NCAA Tournament bracket to come out ? or just celebrating St. Patrick?s Day in general ? you won your respective conference tournament and got to cut down the nets. However, that was the only reward you received.

With the NCAA Selection Committee scrapping the RPI in favor of the new (and supposed-to-be-improved) NET Rankings, everyone was curious how the bracket gurus would handle it all. Turns out, winning your conference tournament really doesn?t mean anything.

Auburn destroyed Tennessee in the SEC Tournament, Michigan State slugged out a win over Michigan in the Big Ten Tournament and Cincinnati handled Houston in the AAC Tournament. All three were very quality wins, but no team got any real benefit on Selection Sunday.

Perhaps the wins weren?t good enough. Maybe it was because the games were on Sunday and the Selection Committee already had their minds made up. Whatever it was, something truly stinks about it.

If anyone has room to gripe, it should be the Spartans. Not only did Tom Izzo?s squad tie for the regular-season title with Purdue, they also took down Michigan for the third time in the last month. Yet, somehow, both the Spartans and Wolverines got a No. 2 seed, and Michigan State got the raw end of the deal.

Sure, Michigan State got the No. 6 overall seed and Michigan got No. 8, but the Spartans did all of that just to get in the same bracket as No. 1 overall Duke in the East? That is just harsh.

Meanwhile, the Wolverines got paired up with No. 1 Gonzaga in the West, and got a much easier draw in general. That?s why they have better odds to win the national title than their in-state rival.

Pick your favorite from the field of 68 here: https://t.co/1lmboUwE9h pic.twitter.com/yx0sKzBRHr

Auburn took down Tennessee, a No. 2 seed, and had several other big-time wins throughout the season. The 5-seed really might be fair, but nobody probably wants to play the team they saw destroy the Vols on Sunday.

Cincinnati played well against Houston, a No. 3 seed, and basically was put where they originally were at the start of the day as a No. 7 seed. How brutal is that?

It?s understandable why all of this happened. The NCAA Selection Committee likely had the bracket completed already and those games weren?t shocking enough to change it at the last minute. That?s all fine and dandy, but it?s a pretty tough deal to have to grind for a week, win a few games, and basically get told that it didn?t mean anything for the next run at the end of it.

But, hey, at least the television ratings were high.