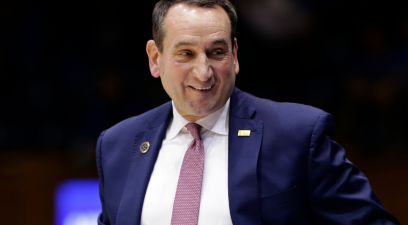 Coach K’s Net Worth: How Rich is Duke’s Iconic Coach? Not all is well for the LSU basketball program at the moment, to put it mildly. Head coach Will Wade is suspended for getting caught on a FBI wiretap and the Tigers lost to the Florida Gators as the No. 1 seed in the SEC Tournament. However, there was a moment on Friday that reminded us all that life is bigger than basketball.

Prior to the season, LSU forward Wayde Sims was shot and killed in Baton Rouge, Louisiana. He was just 20 years old. So it definitely was a rough start to the season, but his parents, Wayne and Fay Sims, have been with the program every step of the way.

Although every Tigers team has honored the Sims family, the Southeastern Conference took it to another level on Friday afternoon.

In an extremely classy move, the SEC presented the Sims’ with a trophy at halftime of the Florida game. Wayde Sims is officially an Allstate SEC Basketball Legend forever at Bridgestone Arena in Nashville.

What a moment. It just gives you the chills watching Wayne Sims and Fay Sims accept the SEC Legend honor on their late son’s behalf. Heck, even thinking about it should make you feel some kind of way.

Wayde Sims was never a superstar for the LSU Tigers. He averaged 6.0 points and 3.3 rebounds in 63 career games. But this isn’t about on-court performance as much as it is the absolute perfect way to honor his life, which was tragically taken way too soon.

The parents even got to cut down the nets after LSU won the SEC regular-season title.

In honor of Wayde Sims, Faye and Wayne Sims climbed the ladder to cut down the net!#Forever44 💜💛 pic.twitter.com/prNwJZMTEs

Here is the full list of the 2019 Allstate SEC Basketball Legends:

All of those players will never be forgotten when talking about their basketball team. Especially Wayde Sims.