There was something off about college basketball in the mid to late aughts.

The white guy who irked everyone played for North Carolina, not Duke.

The only logical explanation for the hate of Tyler Hansbrough wasn't that he was annoying, he was literally psychotic. You don't earn the nickname "Psycho T" because of your similarities to Howard from accounting.

It was also an experimentation phase for the country. I get it, it's college. Hating the Christian Laettner, JJ Redick and Steve Wojciechowskis of the world was becoming stale.

Hansbrough's style of play was a source of irritation for anyone who wasn't a UNC fan. His success exacerbated it.

What happened to the guy everyone loved to hate? 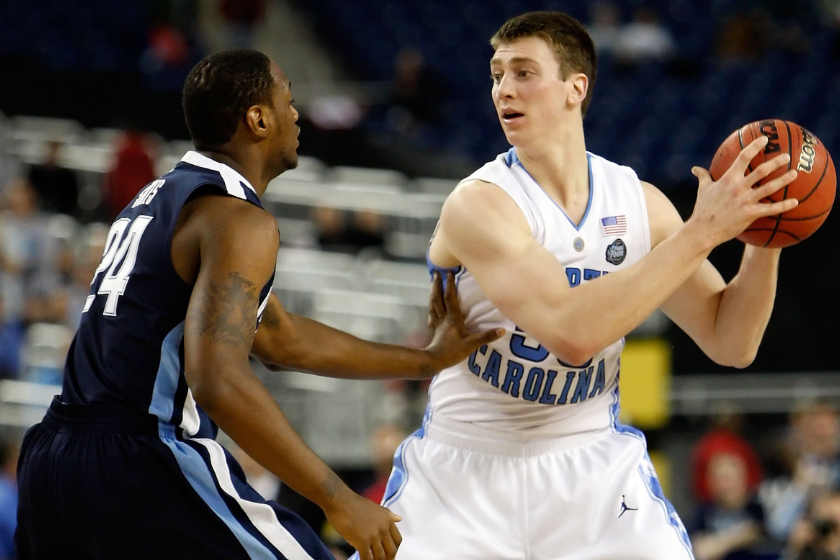 RELATED: What Happened to Jimmer Fredette and Where is He Now?

Tyler Hansbrough was born on November 3, 1985 in Columbia, Missouri. He attended Poplar Bluff High School and led the basketball team to back-to-back state championships as an upperclassmen. The power forward was also named a McDonald's All-American and earned a spot in the Jordan Brand Classic, where he was Co-MVP with Andray Blatche.

For college, Hansbrough committed to head coach Roy Williams and the University of North Carolina over Kansas, Kentucky and Missouri.

Diving into the details of his UNC career isn't necessary. Let's just say he played basketball.

Hansbrough averaged 20.2 points, 8.6 rebounds, and shot 79.1% from the free-throw line in his college career. He's the school's all-time leading scorer with 2,872 points and all-time leader in rebounding with 1,219. 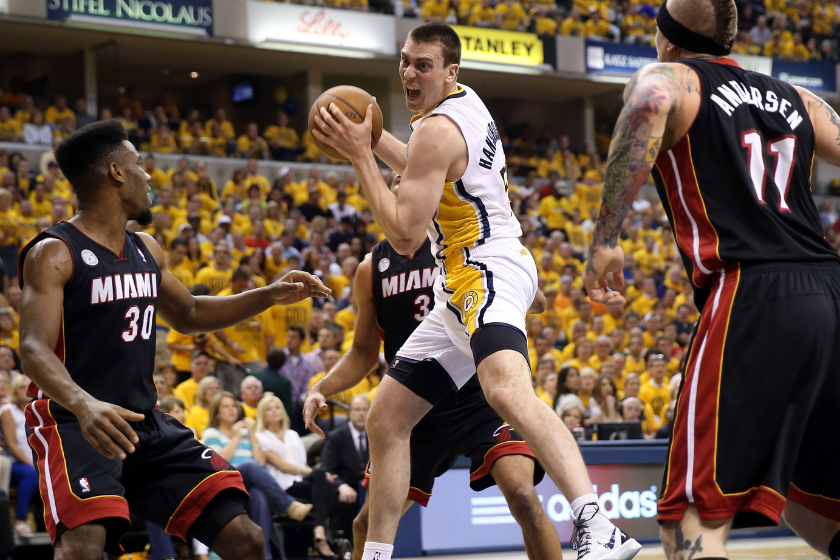 The frontcourt payer was the 13th overall pick by the Indiana Pacers in the 2009 NBA Draft. A preseason injury delayed his debut as an NBA player. He appeared in just 29 games as a rookie.

In 2013, he signed with the Toronto Raptors as a free agent. Following two years north of the border, Hansbrough returned to North Carolina to play for the state's NBA team, the Charlotte Hornets, on a one-year deal. He went on to have a short D-League (now G-League) stint with the Fort Wayne Mad Ants in 2017.

For his NBA career, Hansbrough recorded 6.7 points and 4.2 rebounds. He participated in the playoffs in six of his seven seasons.

The professional basketball player has fared much better in China.

In three seasons, he notched 23.2 points and 11 rebounds. He didn't play in the 2020-21 season due to travel restrictions associated with the coronavirus pandemic and COVID-19 outbreak and appears to have hung up the sneakers.

In the meantime, the 2008 National Player of the Year returned to his glory days in Chapel Hill. He made his broadcasting debut as a color commentator in North Carolina's February 17, 2021 matchup against Northeastern. He also hosts a podcast called "SleepHawk Worldwide."

Psycho T frequently hangs around the UNC program. He can be found at the Smith Center behind the home bench and playing in summer pick-up games.

It's not four years, it's for life.