Adam Morrison looked more like a kid from "Dazed and Confused" than a star basketball player in the mid 2000s.

The guy with dark long hair, a feathery mustach and baggy sleeves averaged 28.1 points per game as a junior for the Gonzaga Bulldogs. As the Co-National Player of the Year in 2006, he was on his way up.

What happened to the guy who covered magazines and was the face of college basketball? 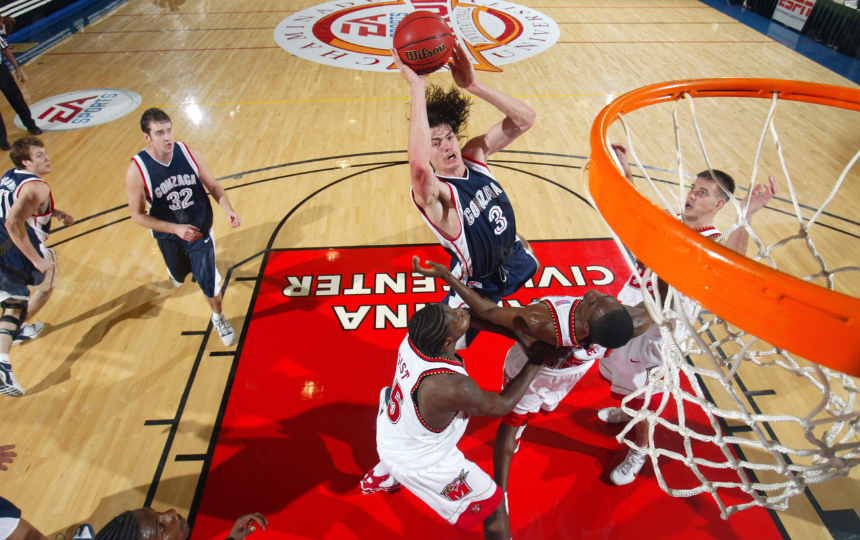 Adam Morrison grew up in Spokane and served as the Zags' ball boy in his youth. At the age of 13, Morrison was diagnosed with Type 1 diabetes.

The illness didn't inhibit his basketball abilities. A stud at Mead High School, Morrison was a scoring maniac and earned a scholarship to Gonzaga University.

Under head coach Mark Few, Morrison improved each year. As a freshman, he averaged 11.4 points per game and was named to the West Coast Conference (WCC) All-Freshman team.

The next year, he upped the average to 19 points per game.

Morrison truly shined in his junior year. He averaged 28.1 points and 5.5 rebounds while leading Gonzaga basketball to a 29-4 record. He had 13 games of 30 or more points, including five over 40. The small forward was the nation's top scorer.

The Bulldogs fell to UCLA 73-71 in a Sweet Sixteen matchup in the 2006 NCAA Tournament. Morrison scored 24 points and famously collapsed to the ground following the loss. He still shared the National Player of the Year award with Duke's J.J. Redick.

Morrison forewent his senior season to enter the 2006 NBA Draft. 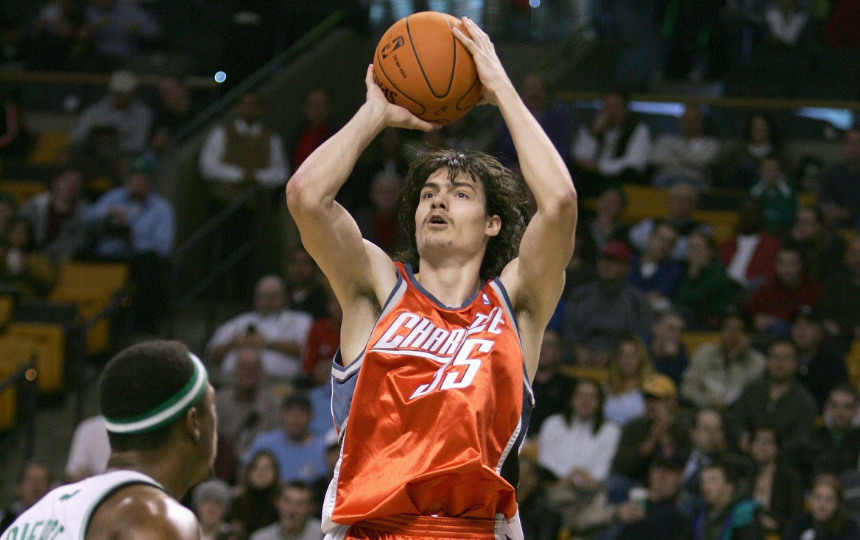 Adam Morrison was the third-overall pick by the Charlotte Bobcats in the New York City draft. He was the first player selected by Michael Jordan in his basketball operations manager role for the franchise (now the Charlotte Hornets).

Morrison struggled to adjust to the NBA -- shooting 37.6 percent from the field and averaging 11.8 points during his rookie season.

Things didn't get much better. The former Gonzaga star missed the 2007-08 campaign with a torn ACL.

Morrison returned to Charlotte after a long year of rehab. He was dealt to the Los Angeles Lakers in February 2009. The top-3 pick didn't see much action in LA, but he did form friendships with Kobe Bryant, Luke Walton, Robert Sacre, and Ron Artest. He also made it a point to learn from head coach Phil Jackson.

Morrison won NBA championships with the Lakers in 2009 and 2010. The purple and gold released him following the second title, and he became a free agent.

He was signed and waived by the Washington Wizards in 2010. He then moved overseas to play in Serbia and Turkey.

Morrison attempted a comeback with the Brooklyn Nets and Los Angeles Clippers respective summer league teams in 2012. He wasn't signed by either team.

In one final shot in the league, he signed with the Portland Trail Blazers in September 2012. He was waived on October 27.

Where is Adam Morrison Now?

Adam Morrison collected nearly $17 million in his NBA career and uses it to live the dream.

He lives just outside of Spokane and spends most of his time with his daughters and son. When he isn't with his family, he's either playing poker or golf. According to a Bleacher Report article from 2016, Morrison plays over 100 rounds per year. Not bad.

Morrison returned to his alma mater to finish his degree in 2013 and became a student assistant, per ESPN. After completing his degree, he was an assistant video coordinator for the 2014-15 season. He left at the end of the year.

These days, Morrison is an analyst on the Bulldog radio broadcasts.

From winning the college scoring title to briefly battling LeBron James and Kevin Durant to refuting apocalypse bunker rumors heard on the Pardon My Take podcast, Morrison has put his past to bed and lives a life every 30-something dad would dream of.

MORE: What Happened to Jimmer Fredette and Where Is He Now?